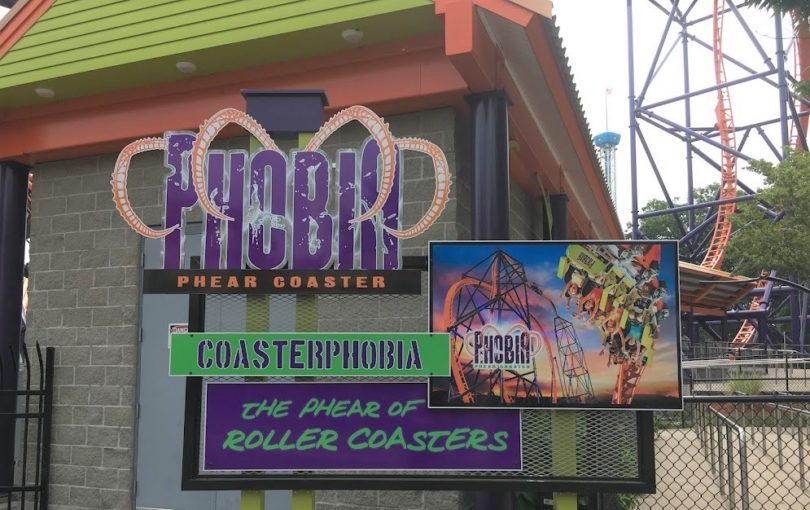 Phobia, the newest rollercoaster at Lake Compounce, is designed to save energy. (Joanna Koter/YJI)

Bristol, Connecticut, U.S.A. – A sunny summer day is a perfect opportunity to visit a theme park, especially when it has water attractions.

However, the political atmosphere has been rather tense for several months now, with more and more communities striking and demanding urgent action from governments in response to the climate crisis.

As someone who cares deeply about our planet, I do what I can to minimize my impact and I pay attention to what others are doing, too.

Many institutions and businesses have been proactive and changed the way they run to reduce their negative impact on the environment.

The question is: can we still go on a seemingly innocent trip to a theme park and not worry about killing our planet?

During a Youth Journalism International visit to Lake Compounce amusement park over the summer, I had the chance to interview Jerry Brick, who manages the park in Bristol, Connecticut.

I asked him about climate change, how it affects the business, and what Lake Compounce – America’s oldest amusement park – has done in response to the climate crisis.

First, I found out that summers in Connecticut have been getting hotter over the past few years. The area has also witnessed a change in precipitation patterns – June and July experiencing more rainfall and August getting drier.

Over the last three or four years, Lake Compounce has suffered from returning heat waves, which negatively affects visitor numbers.

However, even on hot days when the temperatures go above 110-115 degrees Fahrenheit (more than 40 degrees Celsius), the park is not allowed to close, Brick said.

This is because Lake Compounce is officially recognized as a cooling point for local residents due to its location by the lake and the waterpark attractions.

To cope with the heat, Brick said, the park management must undertake special measures to take care of staff, who number a few hundred people. They need more frequent breaks, so the park provides plenty of water, snacks, and electrolyte popsicles, and dispenses cold wet towels for cooling off.

Lake Compounce does not forget about the visitors who still decide to make the trip despite the hot weather. They remind customers to bring hats, sunscreen, and stay hydrated while visiting.

Not having forgotten that the park itself has impact on the environment, I asked Brick whether Lake Compounce has taken any action in response to the current climate crisis.

I was pleased to hear from Brick about the progress that Lake Compounce has made to limit its energy usage and plastic waste.

A large proportion of its lighting has been upgraded to save energy. The park management is still working on it, but they aim to change all old lightbulbs into LEDs, according to Brick.

They have also modernized some rides to minimize the amount of energy consumed. As an example, Brick said the newest rollercoaster, Phobia, uses a fly-wheel system, which means that the ride itself generates energy and saves it for its future launches.

Lake Compounce also operates a great number of food stands and restaurants. At first it troubled me, thinking about all the waste that they must produce every day. However, I found out from Brick that some changes have been made. 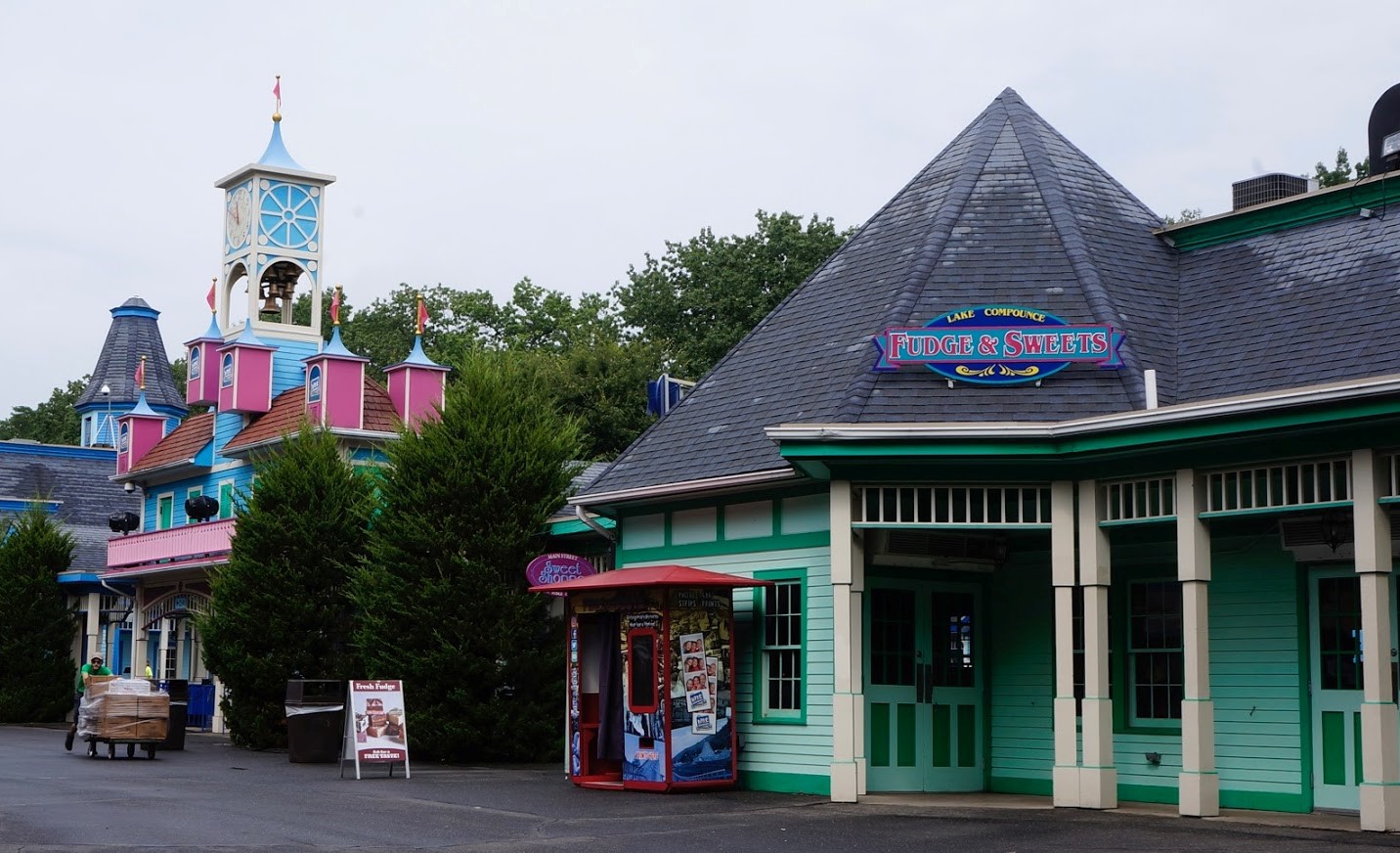 At the beginning of this year’s season, the park banned plastic straws from all its catering outlets, which took me by a pleasant surprise. The frying oil, used extensively throughout the park, is collected and sent to a company that converts it into biodiesel.

Trash gets sent to incinerators, and despite them not being the most environmentally sound solution, they save a lot of waste from going into landfills.

The park also recycles its cardboard boxes and strives to do the same with cans and plastic bottles that come from visitors buying drinks in the outlets. This is not a fully successful attempt, as not everybody coming to the park makes an effort or knows how to separate recyclables from trash.

Moreover, one could logically argue that the best solution to eliminate trash is to get rid of its sources – that is, avoid anything that comes in a single-use container.

But at the moment it does not seem like many people could imagine a hot summer day without a cold juice or soda. Recycling is thus a nice touch from the park management’s side.

Finally, Lake Compounce is not yet free from single-use plastic utensils. I was told they tried compostable forks and knives not so long ago. The reason why they have not been implemented is that the material melted on hot days and people could not use them.

It seems like global warming is not only punishing us with extremely hot weather – it is also sabotaging our efforts to solve our problem with plastic pollution.

Overall, I was satisfied having heard about the efforts that Lake Compounce has made to relieve the environmental crisis that is affecting us all.

There is definitely more work to be done, but when trying to pick a socially responsible place for your summer holiday, this place would be one to consider – but perhaps bring your own set of utensils.