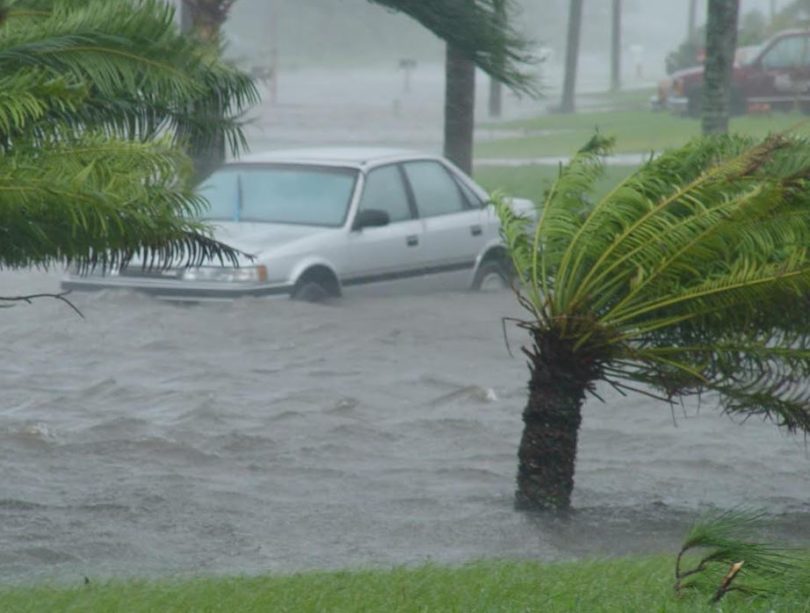 PORT ST. LUCIE, Florida, U.S.A. — The evening before Hurricane Wilma struck Florida on Monday, someone spray painted “Wilma, Go Back to Bedrock” on a storefront window in Port St. Lucie.
After direct hits last year from hurricanes Frances and Jeanne and two near misses, Florida’s Treasure Coast was not looking for another major storm.
Packing winds of up to 100 miles an hour when it rolled ashore, streets quickly flooded.

“The storm was very intense, I am grateful that my home did not sustain much damage and my family stayed safe through the storm,” said Vivian Serrano, 31, of Port St. Lucie.

With her husband and three children, she weathered the storm at the Spring Hill Suites Marriott where she works.
“I feel for my family and friends in Broward County who were not so lucky,” she said.
Palm Beach, Broward, and Miami-Dade counties just south of the area sustained much more damage than the Treasure Coast. The eye passed directly over West Palm Beach Monday with sustained winds over 110 miles per hour, weather experts said.
Serrano said the close call was bad enough.
“The west side of the hotel” where she works “sustained a lot of damage,” Serrano said. “And keeping up with trying to keep the water out of the rooms, and moving guests to safety, became exhausting.”
Florida Power and Light said after the storm hit that 95 percent of Saint Lucie County had no power. It said that electricity would not be fully restored until Nov. 15.
Wilma was an unusual hurricane as it left 60-degree weather and a beautiful sunset in its wake. 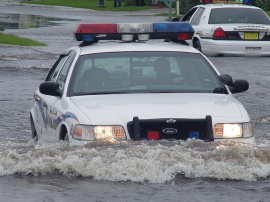 Enjoying the change, 19-year-old Nicole Kilpatrick of Port St. Lucie said, “I love this weather.”
The cooler weather is a relief for the entire area after it experienced one of the hottest summers on record.
With hurricane season not over until Nov. 30, Florida can’t breathe easy yet. It may have to brace itself for the next one.

Eric Simmons is a Reporter for Youth Journalism International. All of the photographs are his. 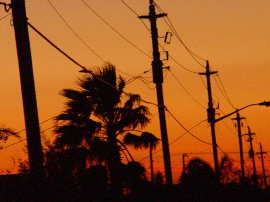