Lexington, Massachusetts, U.S.A. — I am a college freshman and a first-generation immigrant. I was raised from a mindset that mapped out an trajectory from immigration to education to success, one that guaranteed a certain reward as a result of an honest work ethic.

But you don’t have to be an immigrant to be familiar with the concept — it’s sacrosanct in our culture. Whether it be a Forrest Gump-esque archetype or the real-life stories of American icons and politicians, we are obsessed with the success story, where limitless dedication and “the grind” gets the average citizen to their desired destination.

The college admissions scandal implicating CEOs, Hollywood actresses and leading American educational institutions once again affirms that the education system – one of the most basic foundations of our society – is defunct.

Having gone through the undergraduate college application process in the past year, I am not surprised to learn that wealthy parents and the college admissions counselors they hired, are now accused of rigging standardized tests like the SAT, faking athletic records and bribing coaches at elite schools to name their children as desired applicants.

This scheme was so bold that participants had a code name for it: Operation Varsity Blues. Federal law enforcement is investigating multiple allegations, and named 50 suspected perpetrators, including actors Felicity Huffman and Lori Loughlin.

My hometown, a rich Boston suburb, is probably only a little less affluent than the neighborhoods where the daughters of Huffman and Loughlin grew up.

With Harvard University a 15-minute drive away, many residents are either doctors, lawyers, or affiliated with a renowned college in the area. Many of their children are intellectual offspring groomed to be the perfect applicants for any Ivy League institution, whose parents could pay for expensive SAT and ACT prep on a whim.

Yet, once the college application cycle arrived, I was appalled to observe how casually and callously my high-achieving classmates commented on their connections and privileges. And suddenly a new norm emerged: essay editors, expensive private counselors, even advisors that scheduled testing, helped fill out the Common Application, and held high school students hands throughout their secondary education.

Everyone knew who was a legacy (a double, triple or quadruple?), whose grandparents had a building named after them and conjectured on who would get into their dream school because of their status.

This created a dissonance in the final chapter of my high school education. On one hand was the ethos that hard work must be rewarded in some way. On another, I observed those same privileged students get into their desired schools.

I still feel I was given a generous option, and currently attend a university that is a fit for me.

But I still can’t help wondering if my friends, who worked passionately throughout high school and crafted their own essays with months-long precision but didn’t have the dexterity to calculate and predict every aspect of their résumé in terms of college admissions, would have seen better results without the systematic discrimination. I am sure the answer is yes. Better yet, could one of the “Operation Varsity Blues” children have taken their spots?

There is no doubt that the toxic and elitist culture around college education is the mechanism causing the scandal. Most insidious, however, is the fact that the biggest casualty is the group of underprivileged children who lose out to these cheaters.

It is undeniable that while “Operation Varsity Blues” children and other privileged applicants will still be seen as legitimate assets on their campuses, black and brown students will continue to be viewed as “affirmative action” admits, despite the strength of their applications.

This double standard is a pattern that often prevails through a student’s education into their career and beyond, instilling in some a mindset of imposter syndrome. And the degradation of self-worth in these underprivileged youth is a result of both systematic discrimination and a reflection of our society’s tendency to fetishize tertiary education as an absolute predictor of personal value.

Looking back, it’s ridiculous to think that college applications dominated our lives, that we hung onto every word in admissions flyers and emails like a lifeline.

I am currently in my second semester in a culturally diverse city of Boston, on a campus where I witness a blatant homogeneity of race and socioeconomic status.

By partaking of the American educational system, it is hard to fathom that I am also complicit in the perpetuation of this narrative, and will be for the next three years and more. But many youths who aspire to reform society have no choice but to follow the conventional trajectory of education, hoping that they will one day buy back their economic and social agency from the very institutions that promised it. 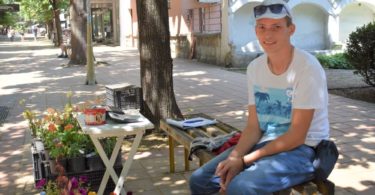 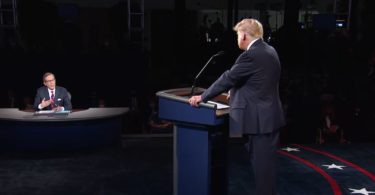