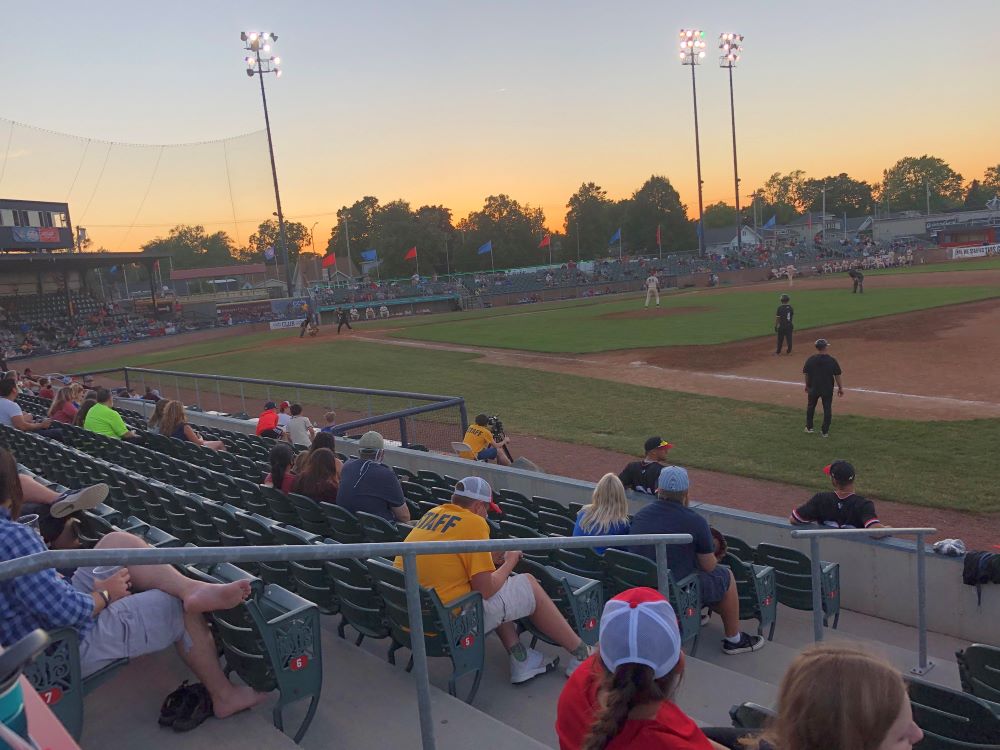 Kenosha, Wisconsin, U.S.A. – Half my family has always lived in Kenosha and I’ve always visited every holiday break.

Throughout the years, the city never stood out as an exceptionally big city, though looking back I suppose it was. Certainly compared to my home in Arkansas, it is.

Kenosha has always been an active city, with people driving everywhere, the beaches along Lake Michigan usually crowded with people, and the docks a bustling area of activity.

This year, though, was different. Instead of finding the normal throngs of cars, there was only moderate traffic as most people avoided going out due to the coronavirus, and since most people had been laid off there were not nearly as many people on the roads.

The beaches had been all but abandoned, except by a couple of large groups coming up from Illinois and the normally bustling downtown had just a scattering of people.

Before I left, the city had just bought new dump trucks and garbage cans for the entire city, but within a week of me leaving I found out that a riot had erupted and the new dump trucks had been destroyed.

Despite not being there myself, much of my family still lives in Kenosha. Luckily, none of them were hurt or their property damaged.

Protesters took to the streets after the police shooting of a black man, Jacob Blake. It’s not yet clear what exactly happened that night, but later, a white teenager from Illinois showed up to the protests with a gun and three more people were shot. Two died.

The whole thing is under investigation.

Many of those involved in the protests and the riots seem to have been from outside Kenosha.

This angered me, as I viewed it as a bunch of strangers coming into my home and burning or stealing my stuff.

My friends in Kenosha told me that many small businesses were burned down and destroyed, and multiple city blocks were so damaged they had to close the roads.

The courthouse was damaged by fire, too.

It’s strange to see my town on the national news. Though I wasn’t there in person when all this happened, it all seems blown out proportion and overall ridiculous to me.

Ryan Ehlers is a Junior Reporter with Youth Journalism International.

Ryan Ehlers is a Junior Reporter with Youth Journalism International from Arkansas. He spends time each year in Kenosha, Wisconsin.