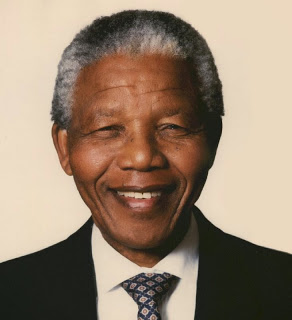 LAFIA, Nasarawa, Nigeria – The time was 6 a.m. on a very beautiful, balmy morning.

I hauled myself out of bed after incessant beeps from my mobile phone.

After dilly-dallying for few minutes, I picked up my phone and opened my inbox.

Everything morphed into sorrow, and silence clouded our Friday.

Tears and celebration ripple through our faces.It was a heart-rending message from CNN Breaking News: “Nelson Mandela, South Africa’s first black president who led the peaceful transition from white-only rule, has died aged 95, after a long illness.”

That verb “died” brought a cascade of flowing tears, sadness and sorrow.

I was startled. My eyes dilated as my soul drooped.

Finally, Mandela had left us.

Mandela remains one man whose name is eternally etched on my mind.

I remember he spent 27 excruciating years in prison at Robben Island off the southern coast of South Africa.

He wanted a better life for his people: A life free from oppression, a life
free from maltreatment, a life free from injustice, a life of joy, justice and
tranquility.

Twenty seven years in prison is no picnic. It goes with suffering, tears, pain and anguish. Yet Mandela never gave up; he remained tenacious and exuded dogged determination.

He knew where he was going and he always knew what he wanted – freedom from debilitating apartheid.

Upon his release on February 11, 1990, he went on to diligently serve his people as president. A president with a difference, he was.

To many, he was famed for his predilection for humanity and humanitarian causes, but I have always seen him as a man who conquered apartheid, who stood for justice, who fought for freedom, and created an egalitarian society in South Africa.

Mandela is one man I draw inspiration from, a man whose death brought me nothing but sorrow and tears.

I have drunk from his cup of wisdom, and so have many African youths.

Africans, Africans and the world over will never forget his solicitude for his people.

One thing I learned from Mandela: Never, never be cowed by adversity.

This morning, I wrote this tribute to him:

Mandela
You gave us light
opened the gates of freedom
allowing equality to trinkle in
as peace and hope swimmed into South Africa.
Mandela
Father of tenacity,
stickler for humanitarian causes
votary of humanity
Father of Africa.
Mandela
Man of peace
Father of our sons
Cradle of revolt
destroyer of oppression
Mandela
Legacies that glitter
Like gold
Son to our continent –
Father, may you live on!

Linus Okechuwku is a Reporter for Youth Journalism International.