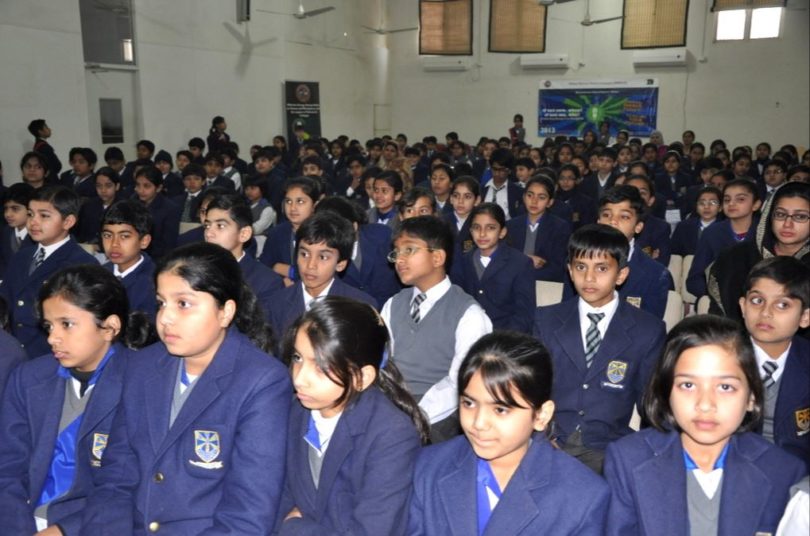 Pakistan students (USAID)
LAHORE, Pakistan – The terrorist attack on Peshawar on December 16 was one of the most ruthless and cruel acts of the Taliban I have ever known. The attack itself was enough to shake the length and breadth of Pakistan, but its aftermath had yet to follow.

Soon after the attack on the Peshawar school, all educational institutions in the Punjab province of Pakistan and other parts of the country were closed down due to huge terrorism threats by the Taliban.

I remember the night one or two days after the attack, when the wound of 150 martyred souls was fresh on my heart and for the first time, I was worried about going to college the next day.

After watching the news for about the whole day, all parents had second thoughts about whether their children’s institutions were safe anymore.

Nevertheless, I had an exam the next day and wasn’t sure if the situation was so alarming that ongoing exams would be postponed. It was.
Everything was canceled or postponed, all educational institutions were closed by the government and we were told that they had received heavy threats of terrorist attacks on any institution in Punjab.
What was frightening about this wasn’t that educational institutions were threatened, it was that the Taliban had stopped us from going to our schools and colleges. It bothered me a lot. Even the evening classes, which aren’t very significant, were closed down indefinitely.
The Taliban, or any terrorist group for that matter, who call themselves followers of Islam, are the most deceptive and untruthful beings on Earth.
I can say that with certainty because I guarantee that Islam has nothing to do with the killing of innocent children. Islam also does not approve of the horrifying extremism they practice, or their barbaric use of force to murder or oppress the masses, whether their victims are schoolchildren or journalists.
What is wrong is wrong, it doesn’t matter if the victims did anything offensive or not. Islam is based on the Quran, our holy book, and the Sunnah, which are the teachings and practices of the Prophet Muhammad. Both the book and the teachings are two forms of the same thing and make no allowance for terror or oppression to be inflicted on anyone.
The students who were killed in the attack in Peshawar are called martyrs. Why? Because a martyr is a person who dies or gives his life while following an order by Allah or serving
his religion or country in any way. That is called jihad.
There are several types of jihad but the Taliban practice none of it.
The concept of jihad is so misunderstood. But I’ll try to explain why people who died in the Peshawar school are considered martyrs.
The students attending school are performing jihad because they are fulfilling a religious duty – acquiring education – that is expected of every Muslim man and woman. The teachers who
are imparting knowledge to students are also performing jihad, just like the army men who are fighting to eliminate the vicious Taliban are the ones performing jihad, not the Taliban.
What bothers me most is that I had to stop going to college. Everyone had to pause their education for a little while because of the brutal savages who heartlessly murdered the students in Peshawar.
The Taliban tore apart our hearts, left hundreds of families mourning and for a time, halted education.
But it is temporary. Pakistan’s government has made arrangements for all schools to have proper and tighter security when they reopen. All institutions are taking measures as well.
Schools have hired trained guards and only when the government has made sure of the arrangements will each school or college be opened. Most colleges or universities will be reopened by January 12 and the others are expected by January 19.
There is a chance that annual exams and semesters may be prolonged into summer vacation to make up for the time students lost during this pause in their studies.
This situation reminds me of an animated superhero series of Pakistan, “Burka Avenger.” In the show, a woman teaching at a local school showed all of us that terrorism and all evils can be defeated by the power of knowledge and education.
Wearing a burka and armed with books and pens, the Burka Avenger fought the tyrants who were closing down the school and stopping children from getting any education at all. The series conveyed a great message to the young as well as the adults of the nation.
While it is impossible to turn a blind eye to the traumatic attack on the Peshawar school, we must move forwards and strive towards a better and terrorism-free world.
As a student, I seek to make sure that nobody threatens our education again, that young and innocent souls never have to pay the price for terrorism, and that no mother shall ever again have to see her child come home from school in a coffin.
Arooj Khalid is a Senior Reporter for Youth Journalism International.
***
Your tax-deductible contribution can help support this nonprofit at
www.HelpYJI.org