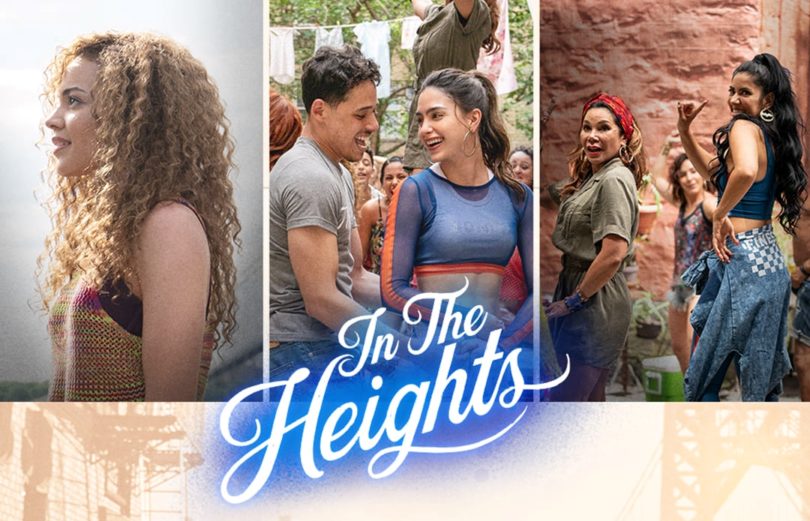 Photo from the official 'In the Heights' Facebook page.

Bogotá, COLOMBIA – What is a dream? The goal that lives in our heads, for which we lose blood, sweat and tears until you finally reach the blissful moment where it’s met – or the excuse we give ourselves to keep going when there isn’t anything else meaningful at the end.

That is the world of Washington Heights, a New York City neighborhood where the dreams of migrants collide in the streets into a colorful tapestry, where each color is a different fantasy that lies ahead.

Day and night their dreams fill their visions, wishing they were true. There is just one thing they haven’t thought about: what happens when dreams become reality?

Lin-Manuel Miranda’s musical In the Heights, translated into the big screen, might not be the original piece, but it’s wonderful in itself.

Consisting of amazing graphics and songs with Caribbean musical undertones, the film breaches topics about an immigrant neighborhood that are commonly forgotten by most mainstream movies.

In the Heights feels like stepping into the community of Washington Heights, from the gossip at the hair salon to the carefully crafted details at the bodega – the panela and Vivaporu.

All these aspects combined create an incredible piece, but the dreams of the people are the string that that ties everything together. These are the dreams that live in their heads, in the streets and are the heart of the story and what makes it so compelling to watch.

When people who never had a choice are faced with two opposing choices: stay at home with their community or leave to fulfill their dreams.

It makes each character question what they’re doing, what they want, and if the goals they have are worth leaving the world they’ve always known.

It’s a terrific film of self-discovery, where everyone has to face the choice that will change their lives; a choice that some people from immigrant communities face that has been largely ignored in film until now.

It explores the importance of preserving the community you are part of, while making the best decision for your own future.

Even though viewers might not have any personal connection to those kinds of situations, as the story goes on you start to understand the difficult dilemma everyone faces.

The songs and scenes make you travel an emotional roller coaster. As things are starting to get resolved, another peak in the ride makes you fall into a void of sensations.

It’s a tale that’s told on the big screen, but as time goes on, you can see how the fictional aspects of the movie converge with the problems of real life.

In the Heights addresses relevant topics that need to be addressed without making them sound far-fetched. It’s the perfect blend where people’s lives are reflected on screen without basing it on a true story.

In the Heights is not all perfect. There is misrepresentation about low-income families paying for top colleges, which perpetuates the belief that only the wealthy can study there. In reality, many top schools offer need-based financial aid that would make college at an elite school affordable to someone from Washington Heights.

But still, In the Heights is an amazing film that makes you feel like you are next to each one of the characters as they face the choices that will change their lives.

The dancing and singing are a fusion between Caribbean music and hip hop – an idea that on paper might not seem like it could work, but is a great mix that allows the songs to be dynamic while expressing the character’s feelings at the same time.

In The Heights is not the musical that made Lin-Manuel Miranda rise to fame, but it’s a worthy piece that cannot be forgotten.

Ana Fadul is a Senior Reporter with Youth Journalism International.

Ana Fadul is a Senior Reporter with Youth Journalism International from Bogotá, Colombia.