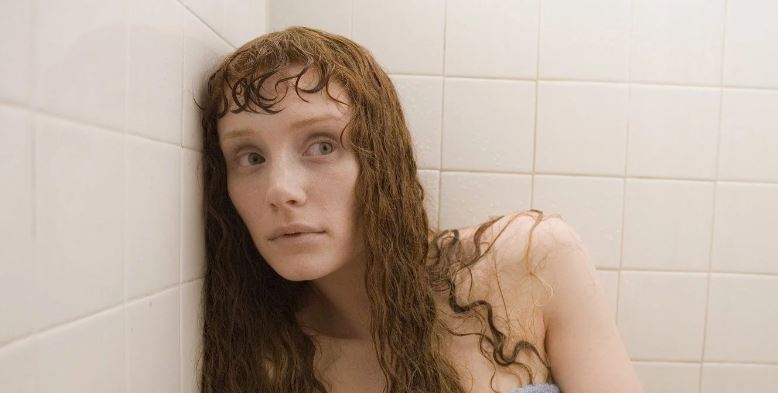 LA GRANGE, New York, U.S.A. — Lady in the Water, writer/director M. Night Shyamalan’s latest installment, is a complete project of one man’s imagination. Shayamalan claims to have created this film based on a bedtime story he would tell his kids. This setup alone sounds risky. A bedtime story? Who wants to hear a bedtime story from the artist who brought us the undeniably disturbing The Sixth Sense and the outlandishly grim Unbreakable?
Who wants to hear a bedtime story from the connoisseur of twist endings?
Apparently Disney felt no one would want to hear the bedtime story, which is why Shyamalan broke his contract with the studio and brought his project to a willing and able Warner Bros., the company giving him a great big budget and a great big amount of creative space. The final result is an outrageously silly, ridiculous, pretentious, inspiringly original and passionate film starring Paul Giamatti and Bryce Dallas Howard.
Giamatti plays Cleveland Heep, a hotel monitor attendant who is downtrodden with his existence. He is surrounded by a slew of odd and interesting hotel tenants, including Jeffrey Wright as a crossword puzzle-obsessed father and Shayamalan himself, as an aspiring writer.
After hearing sounds late at night in the hotel pool, Heep stays up to catch the culprit. Instead he slips into the pool, unconscious, only to be saved by a young girl named Story (Howard). Story, as it turns out, is a narf, or a sea nymph. She is from the Blue World and is trying to find a particular person that she must “awaken” in order to help the human race save them from further destruction.
Unfortunately, there is an angry, dog-like beast called a scrunt that is determined to kill Story before she travels back into the Blue World. The humans can’t see scrunts because their hair is like the grass and they can become completely flat and hide on command. Among these terms are a handful of other wild names and procedures Cleveland must learn and act out in order to find Story’s person, protect her from the scrunt, and send her back home.
For every viewer, there will be a moment in this film where the sheer ridiculousness of the script and the sheer originality of the idea will collide to form this muddled, confused mass of entertainment and distaste.
How much a viewer will enjoy this film depends on his ability to suspend disbelief and enjoy the myth-like tale being told in the modern day. A viewer who asks questions that attempt to rationalize this plot will walk away disappointed.
Also, viewers expecting consistent scares and a twist ending be warned. This is not your by the numbers Shyamalan film. It is, in every way, a bedtime story, if a little violent at times.
On the acting side, Giamatti holds his own as Heep, a broken protagonist whose past tragedy haunts him. His strong acting along with this sliver of character depth makes Heep worth caring about and rooting for.
As for the supporting cast of tenants, they are all shallow one-note characters that mostly serve as comic relief. That is, until the end, when they are all thrown into a whirlwind of plot and explanation that may leave some spinning.
While some supporting characters are entertaining, some simply serve as play toys of Shayamalan, including characters such as Mr. Farber, an uptight critic who serves as a satire for all movie critics. His purpose in the film is never truly revealed, serving only to extenuate the fact that Shyamalan makes the movies he wants, no matter how self-indulgent and childish they are.
In a way, Lady in the Water can be seen as a twist in itself, the writer/director giving his fans a story and movie more suitable for fans of Harry Potter.
Among the greatest disappointments in the movie is the waste of Howard. After shining amongst nothingness in The Village, Howard is allowed to go nowhere with Story, her character simply becoming a sad and confused version of Daryl Hannah’s mermaid from the superior movie Splash, ironically directed by Howard’s father, Ron Howard.
However, despite its silliness and lack of scares, Lady in the Water is a unique idea that is inspiring in its own way. Only a filmmaker with a complete and dedicated passion for his imagination would leave a studio to create this movie.
Unfortunately, it seems that as he continues to make movies, Shyamalan’s originality remains consistent, while each new film consistently loses quality.