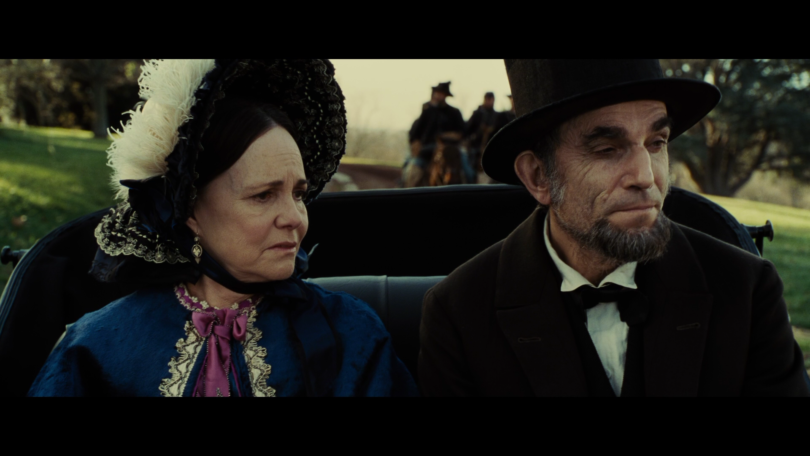 Bristol, Connecticut, UNITED STATES – Let’s see here: Based on a critically-acclaimed historical book? Check. Steven Spielberg sitting in the director’s chair? Check. Daniel Day-Lewis as the lead star? Check. Score by John Williams? You bet your life. Ladies and gentlemen, we’ve got ourselves an Oscar-bait movie that has absolutely no shame in showing it.

We know that the movie has been nominated for 12 Academy Awards, including the prestigious “Best Picture,” but how is Lincoln on its own merits? Well, I sat down for two and a half
hours plus the obligatory movie previews to find out. The result? I can honestly say that this movie deserves all of the praise it has been getting from critics.
The movie’s story follows the exploits of then-President Abraham Lincoln during the January of 1865, when the Civil War was reaching its end, and the House of Representatives was up in arms to end the conflict as quickly as possible. It’s a heavily emotional story and is treated as such, even during some of the funnier moments.
The glue that holds the movie together is Day-Lewis as Abraham Lincoln. At some point in his career, Day-Lewis decided that he was going to treat every performance he gives like it will be his defining role. As such, he gives every single moment he is on screen the depth and emotion that would be expected out of the man who has become famous for his enthusiasm and powerful abilities of persuasion as the leader of the United States of America. 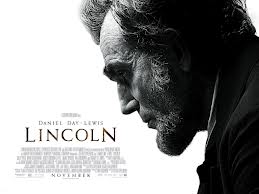 Among Day-Lewis’ several co-stars is Sally Field, who plays Lincoln’s ever-grief-stricken wife, Mary Todd Lincoln.
The chemistry between the two is volatile. If they ever share the screen, you can expect a strong hint of tension, and it sometimes comes to a breaking point that would make even the most disinterested member of the audience open his eyes so wide you could swear he had seen a ghost.
On her own merits, Field knows how to command the screen this way, and for that she deserves high mention.
Joseph Gordon-Levitt, fresh off of the set of The Dark Knight Rises, also appears in the movie, as Lincoln’s son Robert. Robert is an incidental character for the most part, but Gordon-Levitt gives it his all to provide Lincoln with a personal connection to the war, in the form of the all-too-familiar, rebellious son who doesn’t want to follow his father. As a teenager myself, I can relate.
The co-star who deserves the most special mention, however, is Tommy Lee Jones as the radical Republican Thaddeus Stevens, who all throughout the movies acts as an id-driven, determined counterpart to the more careful Lincoln.
Jones gives the performance his all and every second he spends on screen builds up an urge inside your soul to stand up and applaud him. Maybe if Jones stuck to serious acting and stopped doing movies like Men in Black 3, he would get a lot more respect for his talent.
The dialogue of each and every scene fits it perfectly. When the mood is serious, the dialogue of the movie is set up to make you think about the difficult questions that are being raised. When the mood is meant to be lightened, the script knows how to make the audience laugh. You become convinced, even though some faces may seem familiar, that the people on the
screen really believe what is being said.
The movie flows well, with some occasional rough patches here and there. It may throw you for a loop at some points, but not a single moment of the two-point-five-hour run-time is wasted. Every scene serves a purpose, whether it builds up the tension, lightens the mood, tugs at your heartstrings, or just makes you want to stand up and applaud.
Lincoln is not a feel-good film, not by a long shot. But as a history film, it does the best with what has been given. The movie obviously cannot ignore the fact that, sadly, President Lincoln was shot that April, and died a day later. But it doesn’t ask you to weep. It lets you know that even if Lincoln, one of the world’s greatest leaders ever, is not around to guide the nation, the country is strong, and will survive the toughest and most trying of times.
In the end, Lincoln is a testament to the nation’s 16th president, a tribute to his genius political strategies, his never-dying ambition to help the nation become great again after four troubling years of bloodshed, and his dedication to the United States.
Under the brilliant direction of Steven Spielberg, the story told here is something that Lincoln would have been proud of.
All in all, Lincoln is a well-put-together story that deserved every single one of its 12 Oscar nominations. As for its chances, I’d say it has a fairly good shot, but is believe Mr. Lincoln said it best himself: “I am not bound to win, but I am bound to be true. I am not bound to succeed, but I am bound to live by the light that I have.”
On a 10-point scale, Lincoln deserves a 9.5.
Alan Burkholder is a Junior Reporter for Youth Journalism International.