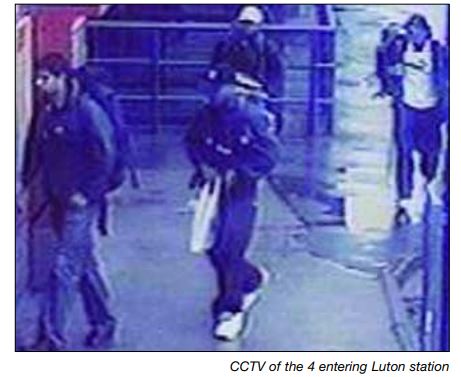 PRESTON, England — The first inkling I got that something was wrong came when I walked into the cafeteria at dinner time and realized that the television was not, as it should be, tuned onto MTV.

A group of fellow students were sitting in a semicircle around the TV, watching open-mouthed. My eyes traveled up to read the news bulletin.

It told me everything I needed to know: ‘London blast.’

I hurried on to my usual table.

“Seven bombs … they won’t tell us anything,” my friend hurriedly informed me.

And it was like all the positive things which had happened in the past few days vanished.

Gone was the euphoria we felt as the teachers told us our Olympic bid had been successful.

Gone was the triumph of the amazing Live 8 concert.

Gone was the feeling we could really do something for Africa at the G8.

All of it was gone in the time it took those terrorists to detonate those bombs.

In place of so much hope came an unrelenting fear that it will happen again and again until we are part of the death toll.

We continued our morbid discussion of the events throughout dinner.

Someone voiced their concern there would be another bomb: “Well there’s been seven, and it is the G8.”

We imagined what it would be like to be in London, hearing of the other bombs and fearing the worst, that a bomb could explode next to you at any moment, with no way of escape.

At home I managed to get the facts from the news, which proved more informative than gleaning bits from other students who were as misinformed as I was.

There were four bombs, 49 dead and counting.

Shocked as I was to discover that intelligence suggests ‘homegrown’ terrorists, I recognized it would be easy for the people of London to stop riding public transport and everyone to avoid big cities.

But this is what the monsters responsible want. And we should not let them get away with this.

I expect President Bush’s response will be that his so-called ‘War on Terror’ is more important than ever.

I fear that Prime Minister Tony Blair will be given the ammunition he needs to push through identity card legislation that the British public doesn’t want.

I can envision in the near future ‘Not in Our Name’ signs marching through London like they did those few short years ago in New York .

Although the victims of the tragedy should never forgotten, I can’t help but feel that we should focus not on what has happened and cannot be changed, but what continues to happen.

I for one will be looking on news of Africa’s plight and seeing what I can do to help, not sitting at home terrified to go out in case my city is next to be targeted.