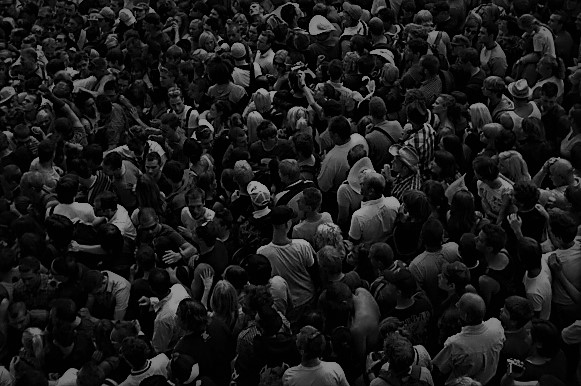 Münster, Germany – What happened at the Love Parade festival in Duisburg on Saturday is a tragedy. The deaths of 19 and over 300 more injured shocked a whole nation and will dominate the news in the upcoming days and weeks. But what makes this tragedy especially bitter is the fact that not far away from where people were being crushed to death, others who were unaware of what was happening just kept on partying in a grotesque clash of life and death.
The other fact which sheds a whole new light onto the catastrophe is that with a better security plan and a faster reaction on behalf of the police and the staffers on the site, all these deaths might have been prevented. That is what makes a tragedy into a scandal. 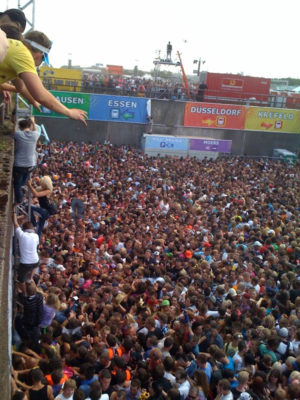 In the aftermath of what happened, police, city officials and the organizers all deny any responsibility. But almost hourly new facts are being uncovered. German media are reporting that not only was the festival site designated for less than a third of the 1.4 million partygoers, but also that the emergency exits were too narrow. How could the city Duisburg allow the Love Parade to be held under these circumstances? Was the deeply in debt city’s wish to boost its image stronger than the concerns for the visitor’s safety? Anyone who saw the pictures of the masses streaming into the tunnel cannot help question if it wasn’t blatantly obvious that mass panic would break out.
The pictures are one thing but what is even worse are the eyewitness accounts that are being played on the radio and on television. Young people tearfully tell of how they fell down and no one helped them up, how their legs were crushed under the weight of the frightened masses. Some were lucky enough to escape once the police finally did move the metal fences which enclosed the area. And while many of those who were there have only criticism for the police and other aid workers, some also came forward and thanked paramedics, orderlies and sometimes complete strangers for saving their lives.
Who really is to blame for the tragedy will probably not be completely clear for many more weeks. The office of the district attorney has launched an investigation into the matter but too little is being done too late. The event was hyped up in the media and in the masses alike. Those few who voiced their doubts about the site’s size, the tunnels dual function as entrance and exit and the lack of proper emergency exits may feel vindicated now, but the dead still remain dead.
Calling off the Love Parade in the future can also not change what has happened. Is it fair to cancel a festival that was held peacefully eighteen times? Is it fair to deprive coming generations of the experience just because someone, somewhere, screwed up? Canceling the Love Parade seemed smart as an initial reaction, but whether it was the right decision only time will tell. Maybe, in five years or so, it will be revived. It might be under another name and a slightly different concept, but the idea of such a music festival will remain.
What will never go away are the images in the heads of those who were there. In situations like these, in bouts of mass hysteria, that’s when you really get to know yourself. That’s when you find out if you will do anything to survive – including trampling over other human beings – or if you will stop and try to help others, putting your own life into danger. Can those who ran in panic really be blamed for not helping others? Can any of us really judge them, not knowing how we ourselves would have reacted?
What the events at Saturday’s Love Parade should be is a lesson to all organizers of any big festivals. It’s easy to criticize the city, the police and the organizers now, in the aftermath of what has happened. But if there had been no accident, would anyone now be lamenting the site’s size, the tunnel’s function, and the lack of exits? Probably not. What we need are people who have the guts not only to call out such blatantly obvious deficits beforehand, but also to act upon them. What we need are people who don’t care about being ridiculed for being too picky about security, for not letting in more visitors than are allowed, for not making light of such events.
Maybe there will never be a clear answer for who is to blame. But if we are honest, most of us are to blame for putting pleasure before safety all too often. And that is one of the very real dangers that became apparent in this tragedy.