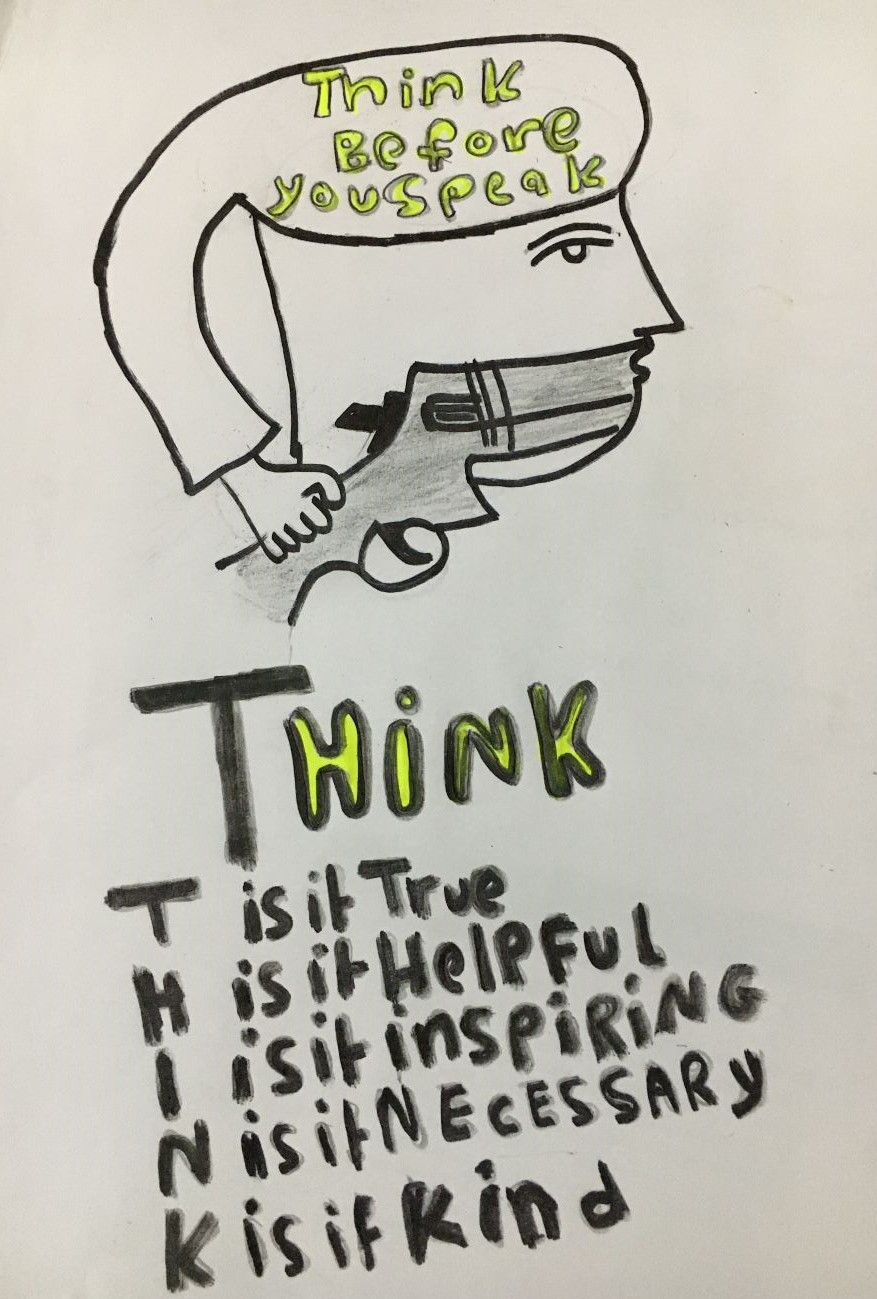 Fez, MOROCCO – The worldwide protests over George Floyd’s horrific death as he gasped, “I can’t breathe” while a cop knelt on his neck got me thinking about racism in my country, Morocco.

On the surface, Moroccan society might not appear racist. There are no laws that enforce discrimination in education or employment, so it seems promising.

But wait until you delve into Moroccan society. That’s when you will notice the hidden racism that covertly infiltrates our lives.

For me that type of racism is the most dangerous.

Normalizing racist acts, beliefs and careless comments hurts people, even if the person who does it does not realize they are causing harm. The person who is hurt can’t easily complain about it because everyone will say it was just a joke that shouldn’t be taken seriously.

Moroccan wisecracks, idioms, or just words used in everyday life are full of statements that are normalized, but still racist. The problem with that is you don’t know how to divulge it or treat it.

In Morocco, white girls are seen as pretty by the majority because of their color. If you are white with European features, you are considered automatically gorgeous.

But if you are a dark-skinned girl, then the response from most Moroccans, especially older people, would be, “You are pretty, but if you were white, you’d be so much better.”

Moroccan YouTube beauty channels and makeup brands have one focus in the advice they give their mostly-female audience – tips on how to become white and gain the “perfect white skin.”

I get so sad when I scroll YouTube videos and see Moroccan beauty gurus starting with a dark-skinned girl, then show the same girl whiter than a thumbnail. The title would be something like “How to gain white skin in less than 10 days.”

The comments section would be full of girls either asking for more videos or tips on how to get white skin, or giving their feedback on that routine and how it helped to whiten their skin. These girls don’t realize how they are hiding and burying their real beauty, that their different skin tone is what makes them unique and stupendous.

Sometimes when I go to the beach with my family, my mom forces me not to stay under the sun so that I wouldn’t get dark and “look ugly.”

My cousin, who has dark skin, stopped swimming when she reached the age of 15. Even when we go to the beach or to the pool, she never swims. When I ask her why, her answer is, “I’m already dark. If I swim, I’ll get darker and look like a slave.”

Saying “I don’t want to look like a slave” is common and sadly, normalized in Morocco. People don’t pay attention to the heinous racism behind it.

Once I went to the countryside with my dad and swam in the river. When we came back home and my mom saw how my skin tone had changed, her first words were, “Oh my god, you look like aabda (a slave). How are you going to go to the wedding now with that dark face?”

To my mom in that moment, me having dark skin was something repugnant and homely. It was to the point that she thought it would stop me from attending a wedding because I looked so ugly and people would make fun of me.

I don’t blame her. I don’t blame our society, either, because people don’t know any better. There are absolutely no efforts to raise awareness against these normalized attitudes and actions and people usually don’t realize how insulting they are.

Even if someone is offended, they wouldn’t be able to talk about it, because no one would support them. Other people would say it’s just “our way of talking,” and consider the person who was pained by the comments “too sensitive.”

I have used these terms, too. Almost everyone in Morocco has – we didn’t notice the damage it might cause.

But the Black Lives Matter protests made me stop and think about racism in my environment.

Along with a friend, I created an organization called 9endil, which means The Lamp, in hopes of correcting some of these everyday acts and sayings that are considered normal, but hold hidden derogatory meaning. As we reached out, people began to open up.

They agreed that some of our common phrases and idioms hold insulting meanings behind them against a certain group of people. They also revealed to us similar kinds of discriminatory acts against people who are different in other ways.

A white girl from Tetouan – a northern Moroccan city that is stereotyped as being full of dumb people – told us that when she travels, she is afraid to say where she is from. She even tries to change her accent, she said, so people won’t make fun of her.

Another girl said people mocked her as ugly or a ghost for wearing a niqab, a garment that covers the entire body and face and is worn by some Muslim women. She said people told her that no one would want to marry her for wearing that.

Someone else pointed out that the word “Jew” is used as a curse in Morocco, a nation with a long history of Jews and Arabs living in peace and harmony for ages. As a Muslim, I can say that we don’t hate or despise the Jews.

But those hateful words are just normalized and heard almost every day, which is why the majority think that it’s okay to use them.

Judaism is a major religion in Morocco, where Jews and Muslims coexisted together for years. I am so glad to see us living together in peace and creating a beautiful blend of cultures, rituals and ways of thinking and believing.

I can put myself in the place of the Jewish people here. They know that Jew is used as a swear word in Morocco, so it’s understandable if they are offended or even develop some hatred against the Muslim community in Morocco. That’s absolutely something I wouldn’t want to see happen.

Most people in Morocco say things that they don’t mean, just because they were born and raised hearing them. This type of hidden, casual racism and the lack of discussion about it leads to divisions between people.

For some Moroccans, the pain it brings damages self-esteem and can cause stress and even mental health issues.

When I was around eight years old, we read a story in French class that predicted that 2020 would be beginning of a new, highly developed technological era.

The story said we’d have flying cars, nothing but skyscrapers and that traveling to Mars would be more like traveling from one city to another. It predicted that in 2020 we wouldn’t be surprised to get served by a robot in a restaurant or see robots performing in the streets or working alongside with humans as soldiers, doctors, and even teachers.

It was a fantastic future to imagine.

Little did I suspect that in 2020 we would still be struggling with racism, stereotypes, and mistreatment of people who are different from us.

In reality, 2020 is no different than the past decades. This year is just another revolution among many against racism. It’s just another march seeking basic human rights: the right to live and to get treated equally, regardless of ethnicity, skin tone or religion.

Here we are still demanding freedom, justice and peace – three words so easy to say, yet so hard to achieve.

Manar Lezaar is a Junior Reporter with Youth Journalism International.