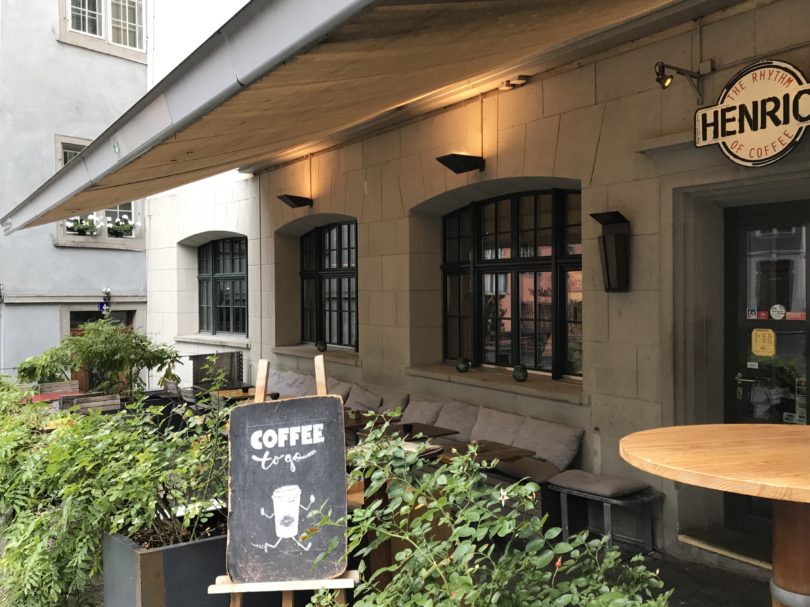 The author's favorite local cafe in Zurich. She thinks it is also the best studying spot in the city. (Anna Papdi/YJI)

ZURICH – Trying to put my thoughts about my hometown into words made me realize just how little I actually know about the places I’ve lived. Instead, I often associate them with my own feelings during different periods of my life.

As the eldest child of a Hungarian immigrant family in Switzerland, I spent the majority of my childhood in a rural town in South-East Hungary called Oroshaza. Whenever people in Switzerland would ask me where I am from, I would falsely claim that I am originally from Budapest. I did that for the sake of simplicity. I grew tired of trying to explain the exact location of my hometown to people who either did not really care – or worse, they were confused by the whereabouts of Hungary itself, which they attempted to conceal by relating Hungarians to the Huns from the Disney movie Mulan. Map showing the location of Oroshaza, Hungary, where the author was born. (Google Maps)

I never liked living in Oroshaza. Thanks to my parents, I was fortunate enough to travel around Hungary and I grew particularly fond of Budapest mainly due to its diverse and – in my eyes – glamourous cultural life.

Comparing Oroshaza to Budapest perfectly highlights the reasons why I never felt at home in the former. Oroshaza did not even have a cinema and no restaurants survived longer than a few months, forcing my friends and I to spend our free time either at our old school after classes finished or at the largely abandoned playground just around the corner.

I still visit Oroshaza every year as my grandparents live there but the connection I once had to the town seems to fade more and more with each visit as I lose the last few threads that attach me to my birthplace.

The fact that I am an outsider does not go unnoticed. Upon my last visit this summer, I received intense stares from the locals while walking through the streets to the market to meet my friend. That is another feature of living in the Hungarian countryside: you cannot escape the constant curiosity of the locals which is not necessary of benign nature.

During this last visit, I noticed how the image of the town became even bleaker with weeds growing in the seams and crack

s of the sidewalk encircled by crumbling buildings that appear abandoned, adding to the looming silence that encompasses the entire town. The eerie quietness made me weary and the tiniest noise was enough to startle me, even though its source was usually a harmless stray dog. In my defense, I got attacked by a German Shepherd a few years ago, so my precaution is not completely unfounded.

Despite the lethargic atmosphere of the town, I tend to get nostalgic about our old house, which is located at the outskirts. The area is filled with towering – but simultaneously inviting – two-story houses that were built with the purpose of housing multiple generations. It’s a common feature in formerly socialist countries.

Some of the locals worked painstakingly to create luxurious or just simply elegant gardens which add to the friendliness of the area. However, it remains hard to ignore the neglected homes which are not such an uncommon sight anymore. Abandoned and broken down houses have existed before I left for Switzerland; now they are completely overgrown by plants and inhabited by rats and mice. If you look closer, the existence of relative poverty will soon become impossible to ignore.

People often scavenge furniture or window frames from other, more affluent households and display them in their garden. These items are multi-functional. They can be used to decorate the house, albeit they play a much more important role during the cold winter months: heating. Whenever we visit for Christmas, the constant smell of burning wood and rubber is penetrating.

I did not feel like I harbored strong feelings of attachment to my hometown until I moved to Kloten, which is mainly known as the airport town in Switzerland due to its convenient location. At the time, I was 14 and the transition took its toll on me, which in turn affected my views on Kloten as I soon began to despise my new hometown. 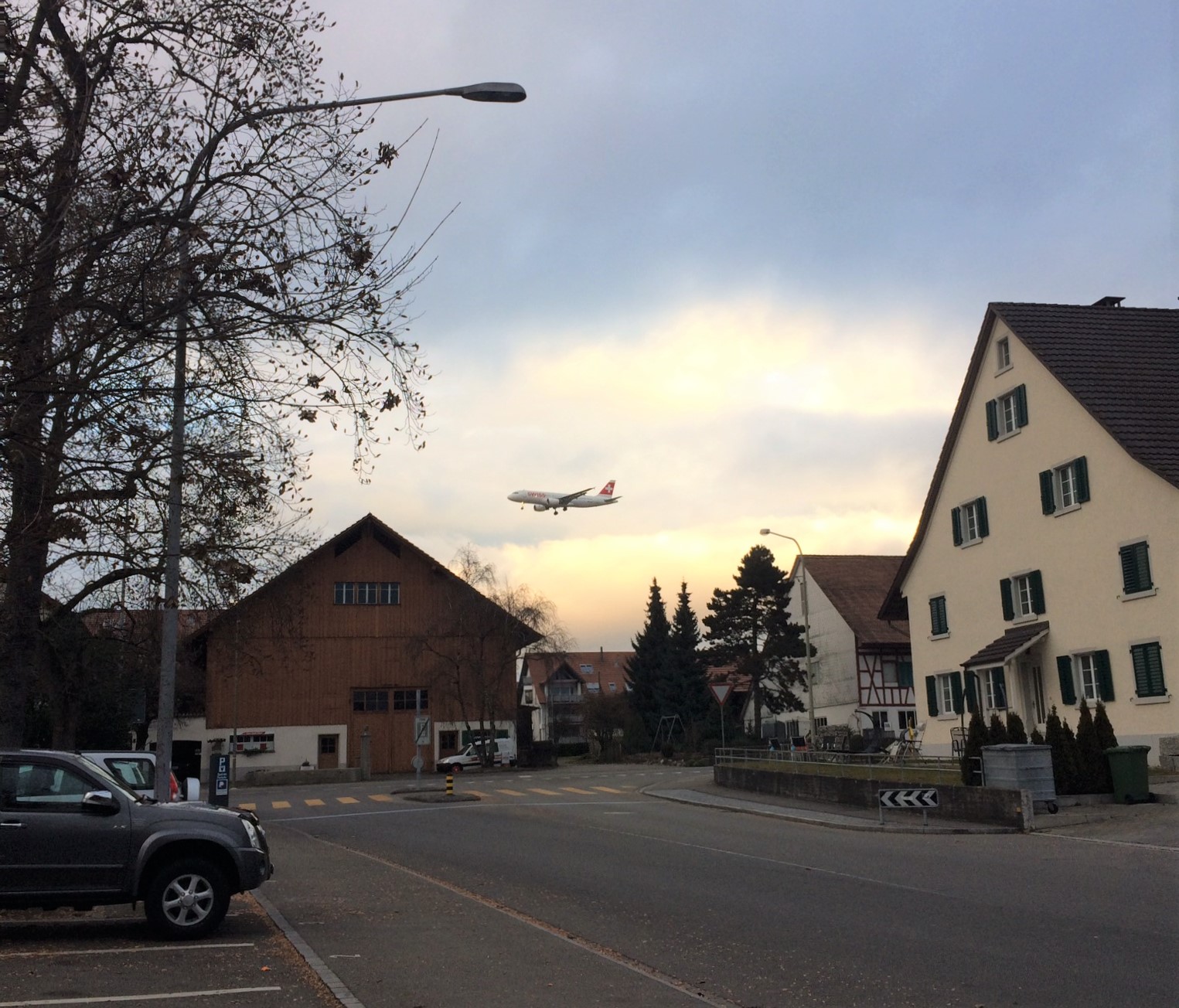 Planes are a common sight in Kloten, Switzerland. (Anna Papdi/YJI)

Kloten – just as pretty much every village and town in Switzerland – is notoriously clean with its simple white and grey buildings which are more functional than aesthetically pleasing. The cultural diversity of Kloten itself should have made me feel welcomed but instead it made me feel isolated. 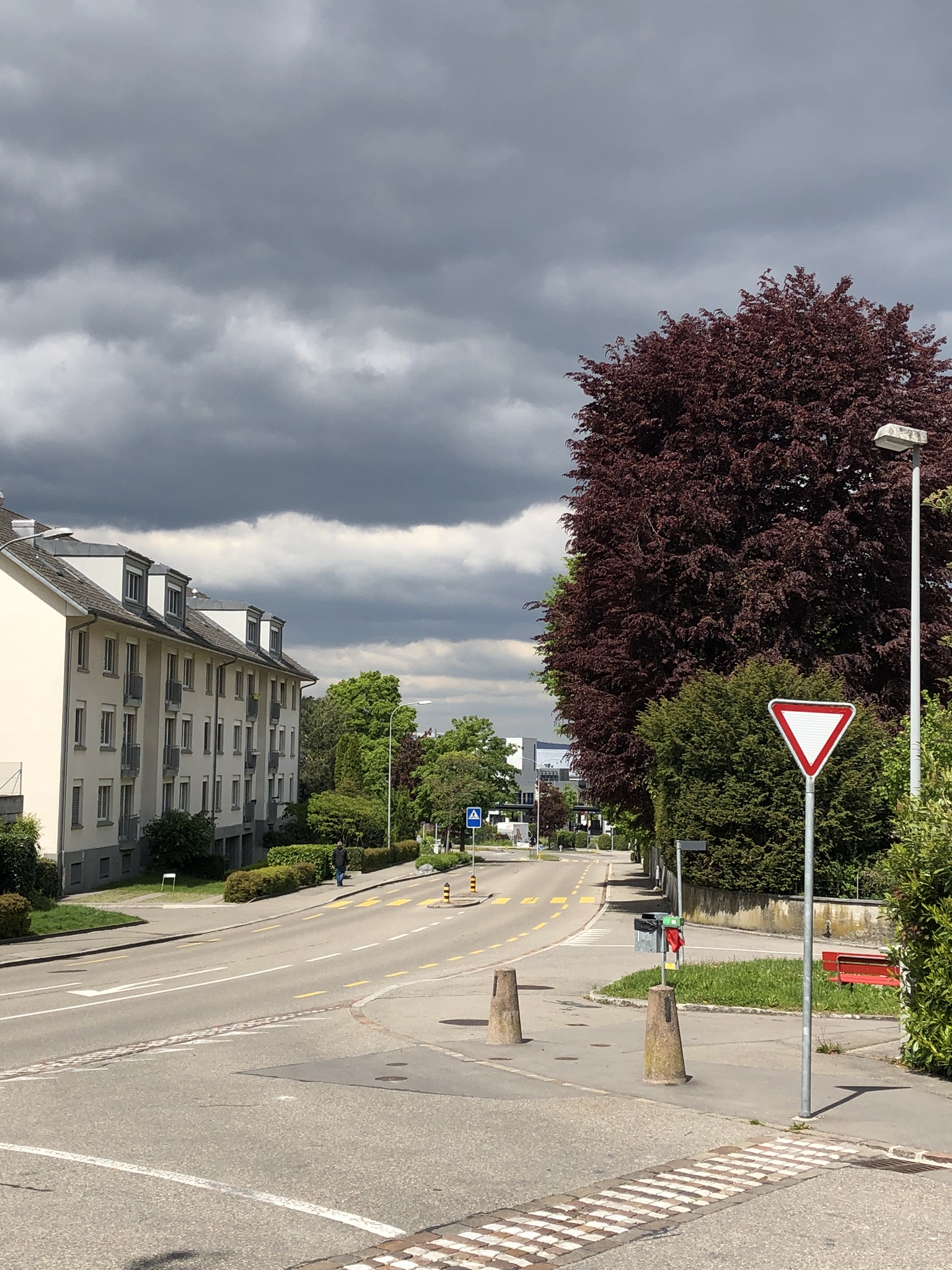 At the local school, immigrants who needed some extra help with the language were put in the basement to spend 20 hours weekly learning German. There were no other students in that building. My life became extremely monotonous and I quickly began to associate every aspect of the town with the misery of school.

Climbing the hill where my school was located was a chore every morning, but going down the exact same hill later in the afternoon filled me with relief.

Two years later, I started going to a private college in Zurich. From that point onwards, I hardly saw anything of my new hometown.

Since I live just a few minutes away from the train station, the choice was mine, and I decided to eliminate Kloten from my life as much as I could. The only time I was glad to be living in Kloten was when I had an early flight to catch. 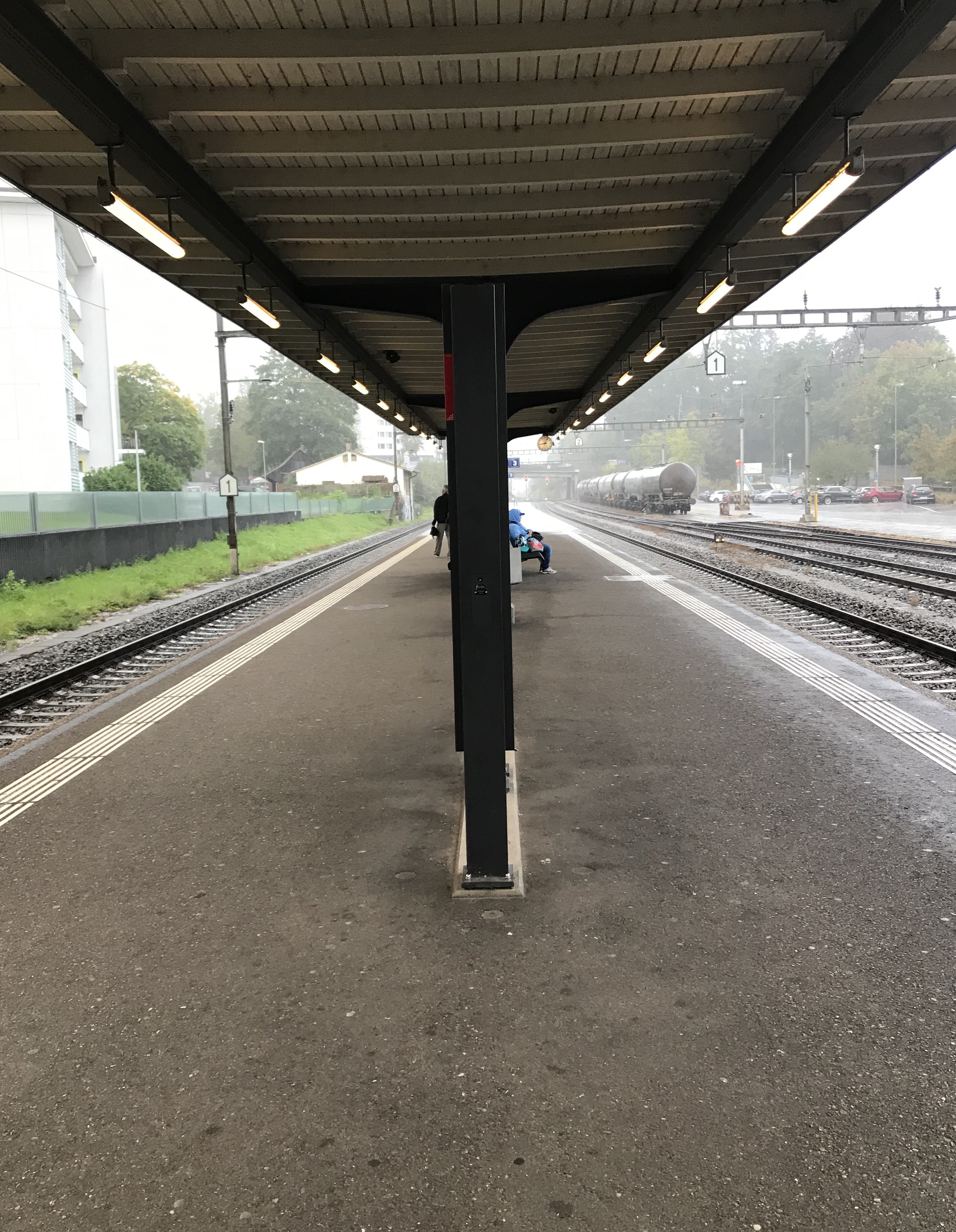 Gradually Zurich began to grow on me. All my positive experiences in Switzerland are somehow linked to this city, which greatly enhanced my appreciation for it.

Settling into a routine allowed me to enjoy and explore my surroundings, starting from the cafe where I regularly studied with my friend, while drinking our favorite (though ridiculously overpriced) New Orleans iced coffee, to the simple activity of just walking through the city itself, particularly when the Christmas lights are on.

While Zurich came closer to feeling like home more than any other places before, I still could not imagine living here in the long term. A rainy, yet sunny day in Zurich. (Anna Papdi/YJI)

In a year’s time, I will be changing my temporary home again by moving to London to complete my university studies leaving Zurich and Kloten behind for a few years at least. Maybe my newest home will outshine all the former ones.

Anna Papdi is a Junior Reporter with Youth Journalism International.