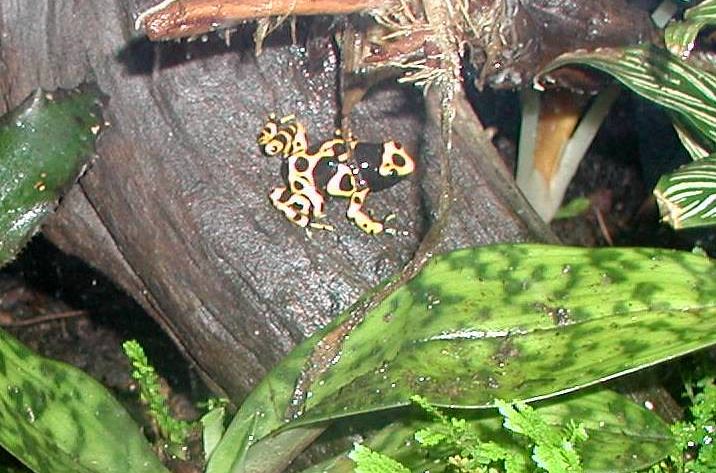 MYSTIC, Connecticut, U.S.A. — Mystic Aquarium is a great place to do all sorts of things.
But what?
Well, I’m glad you asked.
To start with, be sure to go to the sea lion and seal show.

There were three seals performing in the show, the biggest named Coco, who got the most attention and even got to come close to the front row of the audience.
There, he let out a loud, ear-popping wail.
When any of the seals did what he was supposed to do, trainers fed him a couple of fish, so they all did a lot of things correctly.
One of the creatures was a former navy seal that dove under water and got things that were too deep down for people to reach.
There were two anchors at the bottom of the pool and he swam down and got both of them without breaking a sweat.
A sea lion jumped so high out of the water that his nose bopped a bright orange ball hanging from the ceiling (always a big crowd-pleaser).
When I visited there was a special exhibit on walruses that was especially cool.
These big babies lay around all day except for their daily exercises and check-ups. The walrus caretakers keep them in tip-top shape. Their flippers, tails, and the rest of their bodies are checked out everyday.
The walruses raise and wave their flippers, spin around in the water, salute and even fetch a little pink toy.
For their reward, they get some fish or get squirted in the nose with a hose. Trainers said the walruses enjoy the feel of the water on their whiskers.
Also at Mystic is an exhibit featuring the findings of explorer Robert Ballard, who discovered the wreck of The Titanic.
There, you can climb down into a miniature submarine and imagine deep sea exploration for yourself. Ballard’s exhibit begins with a multimedia big screeen presentation about the really deep parts of the ocean.
You can then walk around the submarine-like display and look at all the different stuff that’s included in real subs.
There’s even a large pottery jar — the type of item that might be found in an old shipwreck. When you look inside it, you’ll be surprised to see a tiny video screen showing, well, you’ll see.
Mystic always has some special exhibits going on. Right now, it’s featuring a swamp thing and frogs, which seem to go together.
But it’s the stuff the aquarium’s always got — the beluga whales, the Stellar sea lions, the sharks and starfish — that bring people back time and again to see what’s going on.
For hungry visitors, the aquarium even has a great food court. It’s got fries, chips, chicken, hamburgers, cheeseburgers, soda, cookies, brownies and more good stuff. Though they were a little pricey, it was worth it.
There’s also a gift shop with toys, stuffed animals, funky pens and pencils, cards, CDs, the works. If you visit the aquarium, and want something to remember your trip, that’s the place to go.