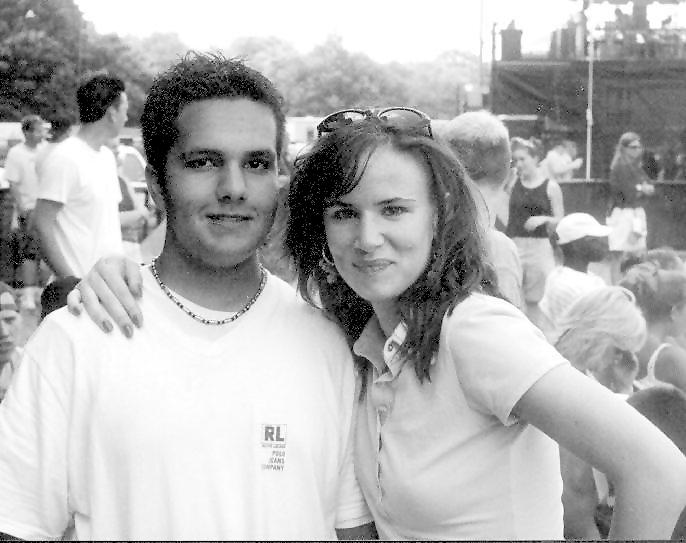 BRISTOL, Connecticut, U.S.A. — Not all the stars at the X Trials were on wheels.
In addition to high-profile athletes like Tony Hawk, even Hollywood showed up at Lake Compounce.
“I go to a lot of the contests and demos,” said 28-year-old film actress Juliette Lewis
Lewis spoke with The Tattoo as she watched husband Steve Berra compete in the skateboard park preliminaries.
She giggled when asked whether she was extreme enough to take on boards, blades or bikes.
“I never tried any of these sports. That’s obviously not where my talent lies,” she said.
Lewis has starred in such films as “Natural Born Killers” and “Other Sister.” A 1991 Academy Award nominee for her role in “Cape Fear,” Lewis has performed in movies with Robert DeNiro, Brad Pitt, Leonardo DiCaprio, Johnny Depp and plenty of other familiar names.
Lewis said she gets “really nervous” watching her husband skate.
“The contests are very nerve wrecking, because he [Steve Berra] gets really nervous,” Lewis said.
What she enjoys mostly from her occasional trips to these skating events, Lewis said, is talking among the others competing with her husband. She said she always likes to hear about what they think of the area that they are in.
“I’ve heard that they like this course here today. It’s a very smooth ride apparently,” Lewis said.
But she said she can relax more with demos — where the athletes are showing off new tricks — because they are a lot more laid back than the contests. Since there is no competition among the participants, everyone is mostly on the same page.
Lewis said her latest flick is “Hysterical Blindness,” where she teams up with Uma Thurman. They play a pair of New Jersey girls circa 1987. Filmed by HBO, it isn’t available for anyone to watch yet.
“You just have to see it,” Lewis said.