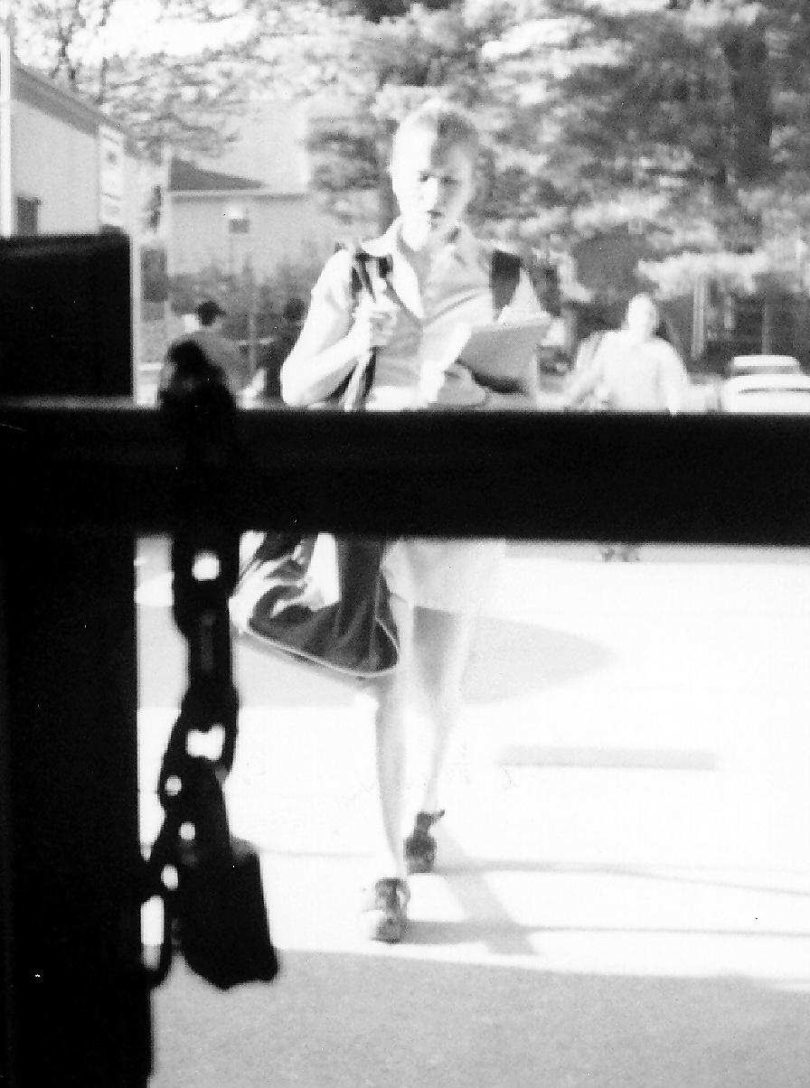 “Putting us all in one place, or in clusters, is dangerous. The last thing we want to do is get into groups for the killers,” said Carolyn Webster, an Eastern sophomore.

Many teachers said that while the school has to do something, the lockdowns are pointless and depressing.

“It saddens me,” said Michael Traverso, a social studies teacher at Eastern, “that I’ve been here 30 years and this is what we’ve come to — hiding the kids in the corners and locking the doors.”

Jack Winters, a history teacher at Central, said the plan encourages the “mentality” of school violence. “Now, they think it will happen because you practice the drill,” he said.

The lockdown plan ­ and drills ­ are only for Bristol Eastern. At Bristol Central, administrators are taking a more relaxed approach, locking entrances and requiring guests to carry passes.

“I felt safe at school,” said Eastern sophomore Sarah McDonald, “but this lockdown thing makes students paranoid, and, if someone’s going to do something, a lockdown isn’t going to help.”

“Frankly, if they were going to kill us all, I don’t think it would stop them,” said Chris Bonis, an Eastern junior.

Gina Gallo, a sophomore at Central, said she thinks people are overreacting.

“I think it’s pointless,” said Eastern sophomore Chris Wright. “There is really no threat to our school.”

But Traverso said something has to be done.

Administrators are “doing the best that anyone could do, but if someone’s determined, there’s nothing you can do,” Traverso said.

“It’s very sad that it’s come to this,” said Pasquale DiMatteo, the Italian teacher at Eastern, “but I have my instructions and it’s better safe than sorry, I guess.”

Richard Ladisky, an accounting teacher at Eastern, said, “Every school has to have a well-thought-out plan to protect everybody.”

“There’ll always be panic if something happens,” Ladisky said, “but the majority will follow the plan.”

Sandy O’Keefe, a math teacher at Central, said she doesn’t think the drill is a bad idea.

“It allows you to work out the problems,” O’Keefe said.

“It’s the least administrators can do without the teachers having to arm themselves,” said Austin Ouellette, an Eastern junior. “It’s all safety measures. It needs to be done.”

According to Eastern Assistant Principal Boyd Biondino, the plan isn’t anything new.

“We’ve always had an intruder alert system,” said Biondino, “and now we’re just calling it a ‘Lancer Lockdown.’ It’s been in place for years, as a pro-active measure. This isn’t in reaction to anything.”

Some students aren’t so sure.

“It’s all about Colorado,” said Thea Denslow, an Eastern junior. “They have to show that they’re doing something. But it’s not going to work. Even if the teachers stay sane and keep to the plan if anything happens, it won’t help anything.”

“It won’t work,” said Brian Austin, an Eastern junior. “If you hear gunshots, you aren’t going to think rationally. You certainly aren’t going to lock yourself in a classroom.”

“I don’t think they’re taking that into account,” he said.

If the attackers are students, some said, they’ll already know the plan and will be able to use it to their advantage.

Fernando Gonzalez, a junior at Eastern, said, “I think it’s kinda tough how the teachers talk about putting their lives in risk for their students. When the action happens, they’re not gonna do shit.”

Don Namnoum, a sophomore at Central, said locking kids in classrooms would only help an attacker.

“If you hide, you’re trapping yourself,” said Alex Tie, a freshman at Central.

“I wouldn’t lock myself up,” said Bryan Rivard, an Eastern junior. “If I hear gunshots in the hallway, I run like hell.”