TORUŃ, Poland – Will you spend New Year’s Eve in front of the Parliament?
Most of us will be spending New Year’s Eve with family and friends. This is because we probably believe that it is important to start 2017 with someone special and close to us.

But some protesters in Poland will be spending New Year’s Eve away from their homes, and fireworks will not be the most important thing to them on that night.
A group of Members of Parliament, belonging to the opposition political party, have already spent Christmas in the Parliament building in Warsaw, the capital.
They have been occupying the room since December 16, the most recent sitting of the Parliament, and are planning to stay there until the next meeting on January 11.
Members of the opposition say their protests are in response to the leading party in the Polish Parliament, Prawo i Sprawiedliwość (PiS; Law and Justice party), continuously enacting new laws against the national constitution or any democratic principles.
Press freedom is an issue at the heart of it. In mid-December when Member of Parliament Michal Szczerby’s microphone was turned off while he was speaking about media access
to information.
The Law and Justice party is proposing to restrict media access to government information so that only journalists chosen by the government can report on discussions in the government, so politicians only have to answer questions that they want to answer.
TVP information service, the Polish government’s television station as well as the right-wing news platform Niezalezna.pl – Niezalezna means “independent” – portrays the protesting MPs as lunatics and accuses them of coming up with funny excuses to block the auditorium.
A Facebook event for a Citizens’ Strike (Strajk Obywatelski, SO; more information on http://www.strajkobywatelski.pl/in-english/) invites all Polish citizens to spend New Year’s Eve in front of the Parliament.
According to the event page, organizers want to “keep the protesting MPs company,” and are calling for people’s help with peacekeeping, serving food, taking pictures at the event and more.
But Citizens’ Strike organizers have some strict rules: no drinking alcohol, bringing flags or chanting slogans. They are encouraging people to spend that evening in a “warm
atmosphere” with “human interactions.”
Joanna Koter is a Reporter for Youth Journalism International.
***
You can help Youth Journalism International’s goal of promoting and defending a free youth press by making a tax-deductible contribution today.
HelpYJI.org 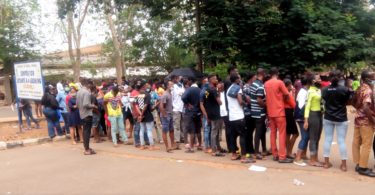 Nsukka, Nigeria – Amid rising cases of coronavirus infections and deaths in Nigeria, federal... 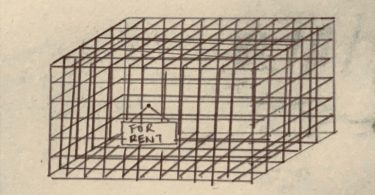