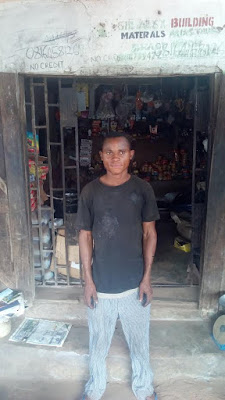 Shopkeeper Eze Chukwu has been victimized by thieves who he says are stealing because of hunger. (Gideon Arinze Chijioke/YJI)
AGYARAGU, Nasarawa State, Nigeria – Nigerians are still waiting for President Muhammadu Buhari’s magic wand – people are complaining and businesses have stopped booming.

Eze Chukwu plans to relocate from Agyaragu, a suburb of Lafia in Nasarawa State. His shop has been broken into three times and each of those times, valuables have been carted away. He is tired and cannot bare the frustration anymore.

When asked, he attributes the series of attacks to the harsh economic realities prevalent in the country.
“They are hungry and so, they just have to steal,” he said, with no tinge of optimism.
Hunger in Nigeria comes at a time of increasing unemployment.
According to a report by the National Bureau of Statistics, the country’s unemployment rate rose from 13.3 percent in the second quarter last year to 13.9 percent in the third quarter with about half a million people unemployed.
The 2016 figures – the most recent available – take into account people aged 15 to 24 who were available to work and looking for a job but unable to get one.
Chukwu sells building materials. He used to come out every morning and return in the evening hours, tired and exhausted after a busy day. While at the shop, he would attend to an influx of customers every now and then. From afar you could hear different people calling for his attention. 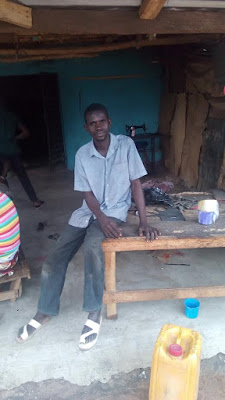 But now, his business is no longer moving. Most of the time, he stands, expecting customers. Sometimes he sits with his hand clutching his chin. Most of the people who come around only exchange pleasantries. Just a few individuals come to buy and when they hear the prices of the building materials, they become discouraged.

When Buhari indicated interest in running for the presidency, both the political arena and common people yearned for a new leader, a new party. After he emerged as the winner of the election, many Nigerians pinned their hopes on him.
But not too long after the dawn of a new era, optimism submitted to fear and solicitude. Hearts once sanguine with hope became sad again.
The euphoria seems to have evaporated and everyone is complaining. Some even seem to long for the days of former President Goodluck Jonathan.
“What I experienced during Goodluck’s tenure is entirely different from what I am seeing now. My business does not boom anymore,” Chukwu said, his facial expressions ranging from contempt to rage.
While in the past he sold a drum of carbide, a material used in soldering, in two weeks, it now takes him more than two months to finish one drum. The price has also nearly tripled and it scares customers away.

Chukwu is one among many Nigerians who nurtured expectations of a promising four years ahead after Buhari’s election. He looked forward to time when the country would truly stand as the giant of Africa, when everyone would be happy and the economy would be stable. 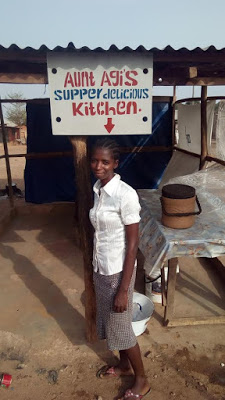 Now, his hopes seem to have been dashed as things have taken a turn for the worse.
Hunger and starvation are sweeping through the entire country. Prices of goods have risen and the ordinary man in Agyaragu cannot afford to eat three square meals per day. With just one good meal a day, most families can only pray for a second.
For Dantijo Idrisu and his family, a local meal called twuo alibo, a dish made from cassava flour, has become a staple of their diet.
Idrisu, a shoemaker, is married with nine children. He said he gets into little quarrels with his wife because of a lack of food.
When a reporter approached, he was sitting down on a tree branch with his hands seriously holding his cheeks, looking as if he were peering into the future.
The cost of shoemaking materials has gone up, and the number of customers has diminished – something he attributes to the higher prices on his shoes.
The cost of leather – one of the materials he uses to make shoes – has doubled. In the past, he made up to 70 and 80 pairs
of shoes and people came from Makurdi and Kadarko to buy. But now, they are no longer coming.
“I try to train my children in school. My first daughter is about to write her JSCE but there is no money. Ever since Buhari came in things have been difficult for me,” he said.
Still, he tries to stay optimistic.
Agnes Ayele, who owns a local restaurant on the main road, is also feeling the pain of a troubled economy.
“People are hungry but they don’t have money to eat,” she said. At one point, she almost abandoned her job.
Sometimes, Ayele prepared different kinds of food, such as: rice and pounded yam, but customers weren’t rushing to buy them. As a result, she had a lot of leftovers that couldn’t be sold the next day.
Formerly in Agyaragu, a big tuber of yam sold for 100 naira, or about 32 cents in U.S. currency. The people here are known for farming, and prices were reasonable. Prices of other commodities such as rice, beans and garri were very cheap. But now, you can hardly get a sizeable tuber of yam for 300 – most are priced at 500, 600 or more. A mudu of rice – roughly eight cups – is priced at 500 naira,
or about $1.59 USD, when it used to be about 64 cents or 200 naira.
Now, Ayele is forced to sell a plate of rice for as little as 50 naira, or about 16 cents, so people can afford to buy and she can retain her
customers.
“I run huge loss,” Ayele said.
Gideon Arinze Chijioke is a Reporter for Youth Journalism International.
***
You can help young writers worldwide with your
tax-deductible contribution. It matters.
Thank you for your generous support.
HelpYJI.org