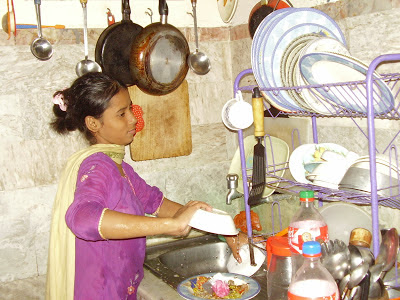 She is a maid.

Saba, an orphan whose parents died when she was very young, is in the care of her grandparents, but lives and works every day in her employer’s home to earn money to help support her family.

Though she attended playgroup, an early childhood program that is the Pakistani equivalent of kindergarten, Saba’s schooling ended there. Not long afterward, she started working to help her family.
She has hardly seen the colors of life as a child.
Her hope for the future is for her younger brother to finish school.  He is in fifth grade and the family asks nothing of him except to study.
Without education, Saba said, there is nothing.
So she works day and night, doing kitchen chores for another family.
Since she was very young, Saba has spent most of her life as a maid. The requirements are slightly different for every job she has had, but generally, she works mostly in the kitchen.
Usually, she wakes at 6 a.m. to make breakfast for her employer’s family. Sometimes, she helps her mistress, but other times she makes the food on her own. 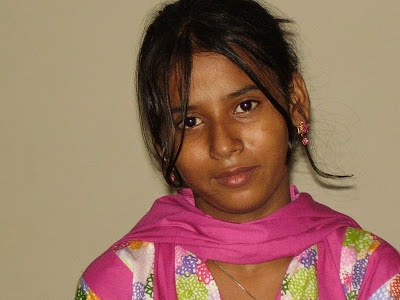 During the day, Saba helps her mistress prepare food, washes all the dishes, cuts vegetables and does whatever other work she is asked to do. She cleans the kitchen and does some dusting around the house. She makes the chapattis, which are flat bread made of wheat
flour that are a daily part of the South Asian diet.

In the afternoon, she gets a break for a few hours, and sometimes, there are other breaks if there is no work for her to do. Then, she can do whatever she wants in that time but she must come immediately when called.
Her workday ends about 10 p.m.
Saba earned about 4,000 Pakistani rupees a month, or about $41 U.S. dollars, for her work as a kitchen maid.
She said her mistress is not especially cruel, but a previous one was. While she was working as a maid at another house, the mistress there couldn’t bear it for Saba to take pride in her appearance by wearing good clothes or looking beautiful. She scolded, rebuked and terrified the girl in every way, Saba said, until she left the job.
Saba said she would love to go to school, but that even if she got the chance now, she wouldn’t because her family needs her income. She is proud that though she, her sister and brother are all working, their younger brother is getting an education, for his own good and for the good of society.
A hard but happy childhood
Saba’s life wasn’t always so grim. She said she has faded memories of living in a village with her whole paternal family. All of her aunts and uncles from her father’s side used to live together, in a big house. They also worked together at a brick kiln. 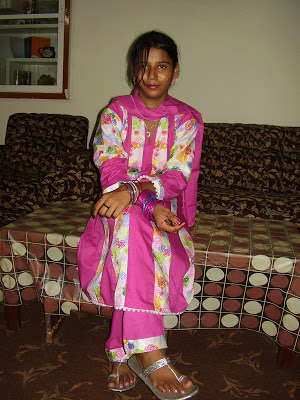 Saba Sher poses for a portrait. She is dressed up for the Eid holiday. (Arooj Khalid/YJI)

Whatever they did, all of them were always together. The work was quite tiring, and it was sometimes difficult for Saba’s father to do, as he was a liver patient, and had surgery in hopes that it might help.

It was a hard life, but a happy one. As everyone lived together she had lots of cousins to play with.  Their favorite games, “pakran pakrai” and “Kikli,” are traditional in Pakistan.  Sometimes the children got a little scolded for creating mischief.
Squabbles between the cousins were a part of daily life, but they never lasted long. The cousins always teamed up the next moment to play together.
Her father and mother worked quite hard, Saba remembered, laying about 1,200 to 1,500 bricks per day. Saba and her brothers and sisters were very young then. When her father could bear no more hard work like that, the family had to come to the city to find some other work.
In Lahore, her father was kept in the Fatima Memorial Hospital for four to five months for liver malfunction and an operation. Her mother worked at a school as an assistant.
“My mother and sister used to work at that time. Their total [monthly] income was about 12,000 (Pakistani rupees, or about $123 U.S. dollars) That was just enough to pay for my father’s treatment. So we had to live on my grandfather’s money for a whole year. It was awful, but at least our father didn’t have to rely on others,” Saba said in Urdu.
Saba was too young to work at that time, and the family too poor for her to get an education. When her father was better, they went to settle in another village, Mandi Usman, about 90 km, or 55 miles, outside of Lahore.  There, through working, they paid off the loans on them, and sold her mother’s gold wedding jewelry to buy their own little house.
But then, before long, her mother, who had diabetes, died.  Her elder brother gave up studies and started working, to cover the family’s income.
After the death of Saba’s mother, the family returned to Lahore and started living in a rented home in Defence, an area of the city.
That’s when Saba also had to start work, to contribute to the family income.
Her father had suddenly become quite ill, and the doctors had given up on him. They said nothing could be done for him, that he was going to die.
After suffering the shock of their mother’s death, Saba and her siblings were depressed to hear the news. Now, their father needed someone to care for him, all the time. And he needed expensive medicine.
Saba and her brother and sister had to work, and earn money to buy the medicine for their father. Now the only children who weren’t working were her younger brother, who was getting an education, and an older sister who is disabled.
Saba said her father often asked her not to work, but she knew that she had to support her family, especially her father. After a time, her
father was sent back to Mandi Usman village to be taken care of by other relatives.
Looking toward the future
When her father died, he left five children. Fortunately, they were strong and today, they are doing their best to earn a living. All of them, especially Saba, are committed to supporting her younger brother’s education. 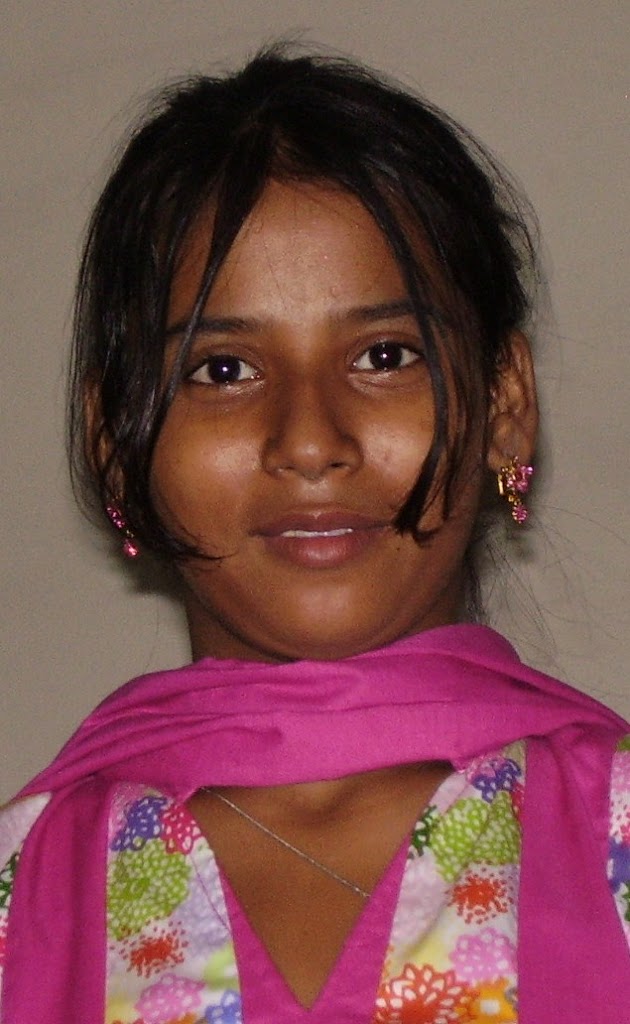 “I never thought we would have to work like this,” Saba said. “But I am satisfied that my father didn’t have to rely on others for his medicine. He couldn’t work; he couldn’t even get up by himself. When someone calls their parents, I wish I had parents, too. They would never have let me work like this.”

Saba said she wished she could acquire knowledge about things, and about the Quran.  If she had got an education, and had learned the Quran, she said, the family would be living a better life today.
She is so devoted to her sisters and brothers that she said she wouldn’t mind if their sorrows and difficulties came upon her, if they remained unharmed and happy. She hopes one day to find this world a wonderful place.
At her home, she has her grandparents, an aunt and an uncle, who are quite caring, but she normally lives in the servants’ quarters at the place where she works.
Even her little brother, Saba said, often tells her he would give up his own studies so she could go to school, but she refuses.
If he gets an education, she said, all of her wishes will be fulfilled.
Saba has turned 13 since the interviews for this story.  The accompanying photos were taken in the reporter Arooj Khalid’s parents’ home, where Saba worked for a few months. Saba’s current whereabouts are unknown.
Arooj Khalid is a senior reporter for Youth Journalism International. 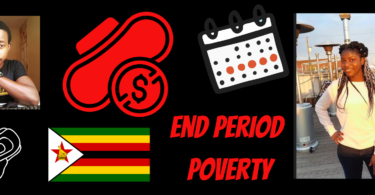 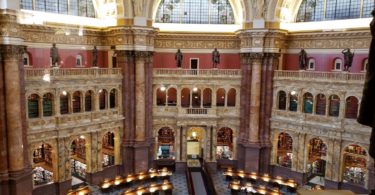