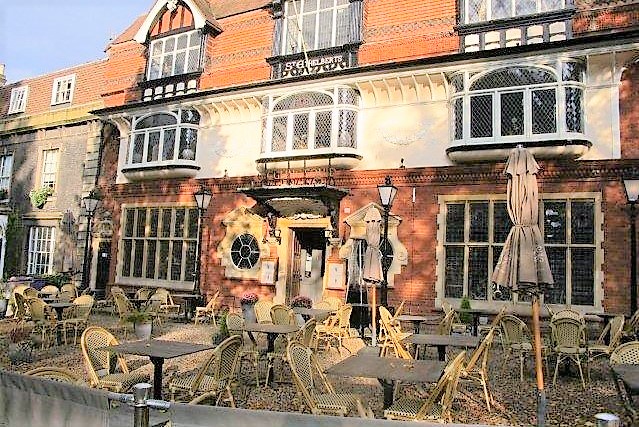 Norwich, U.K. – When I tell others where I am from, I am often greeted with blank responses.

It’s to be expected, nothing appears special about my little city.

It’s on the edge of the east of the United Kingdom, away from much else.

It isn’t London with the big sky scrapers, or Manchester with the bustling nightlife. It’s not like large cities of the north.

But it isn’t like the rural villages of the east either, it has a feeling of wanting to be big, but not quite achieving its goal. It feels too small to be considered a ‘city.’

Everyone knows each other, and the city and the countryside are only an hour’s drive.

But it’s too big to be a village.

It has dreams and ambitions. It feels like it almost has two natures struggling inside of its picturesque architecture. 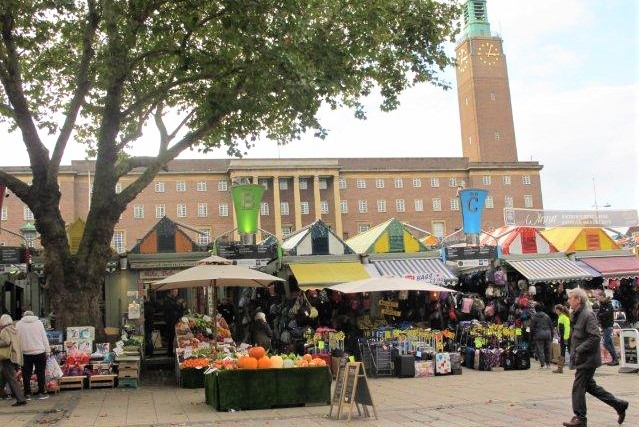 A marketplace in Norwich (Emily Fromant/YJI)

One of my favorite places is the market place, part of my home for almost 900 years.

The bright tents dotted against the landscape of the city hall create an atmosphere of excitement.

If you walk down the narrow stalls, your ears are filled with the choir of the city. Symphonies of stall owners trying to sell their goods.

To my left is an old vintage store, filled with jackets and sweaters you’ll find on any young person at my school.

To my right is an Indian takeaway, the warm smell of onions and turmeric.

Soon this is overpowered by the sharp pungent scent of fish from a nearby seafood stall. The mixture of foods and cultures reminds me of home. 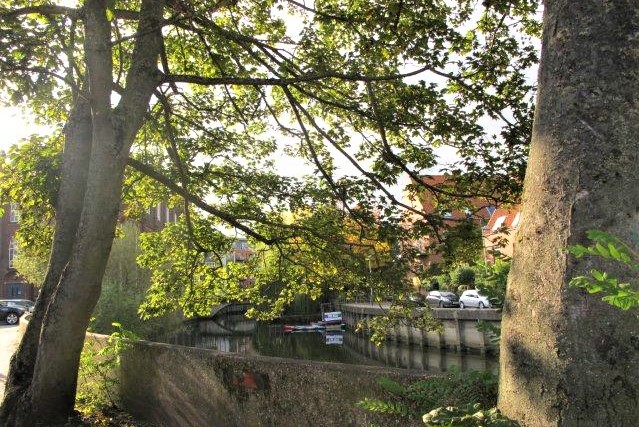 View of a river in Norwich. (Emily Fromant/YJI)

When I want the world to go away, there is a special place under the willow tree where I hide.

There, for a moment, anything that is going wrong seems far, far away.

The silence cocoons any of my worries, and the small whispers of the branches above me are comforting.

Norwich has many special pockets of nature where you can escape in times of need.

They are often sustained by a small river, which flows throughout the city. 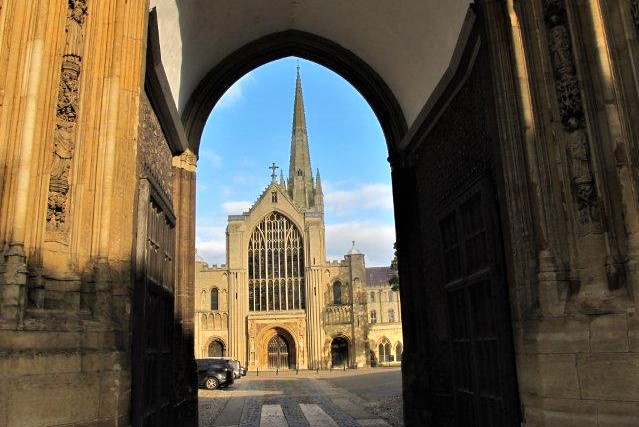 When you walk down the narrow streets of Norwich, you can almost smell the history.

One can imagine a young Victorian woman walking by my side as I explore the narrow passageways.

You are never far from a church, which is actually rather ironic since there is large lack of religious feeling in my hometown. Almost everyone is an atheist.

I suppose we are realists in our little city in the east. We don’t expect anyone to help us. There is a pride in working to what you have.

In the 2011 census, apparently we were the most irreligious local authority. Under the shadow of the 31 churches, we have developed our own sense of self.

This is neither a good nor bad thing. But sometimes it does make me sad, seeing these great ancient giants, once a huge part of our history and culture stand empty and unappreciated.

Recently, the church community opened a ‘helter skelter’ in the Norwich cathedral to try and encourage more visitors.

The two objects juxtaposed each other starkly. Some people hated that a place for worship was turned into a playground. But it was nice to see the cathedral full of life again. 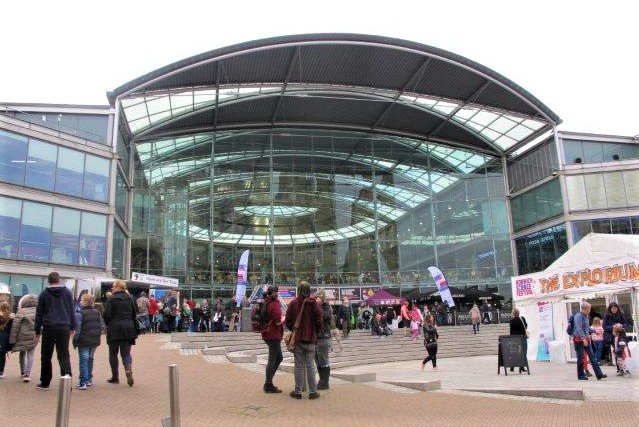 The Forum, our library, is a hub of activity.

Its glass exterior is almost inviting, as if it has nothing to hide — a place for everyone.

Once a week the Forum held a coloring club, where different adults came together and just talked, a rare luxury in our modern time.

Many of them had tragic stories of homelessness or depression, things I had never taken a moment to consider existed in Norwich.

It opened my eyes to the underbelly of my city. It also made me realize what the Forum represented: a community. A place to go and be accepted, no matter what your story.

Norwich is my home

This is where I grew up.

Who I am is written in the cracks in the pavement.

The buildings and the trees are as much as a part of who I am as a freckle on my face.

I was born in the old hospital that has been turned into a block of flats.

My parents met on a cold night in February in the Giggling Squid, not knowing they would spend the rest of their lives together.

It may not be exciting. Or special. Or sunny, ever.

But Norwich raised me, and I’m proud of where I come from, even if it’s a small city on the edge of the east of The United Kingdom.

It’s my little city, and that’s special enough for me.

Emily Fromant is a Junior Reporter for Youth Journalism International.