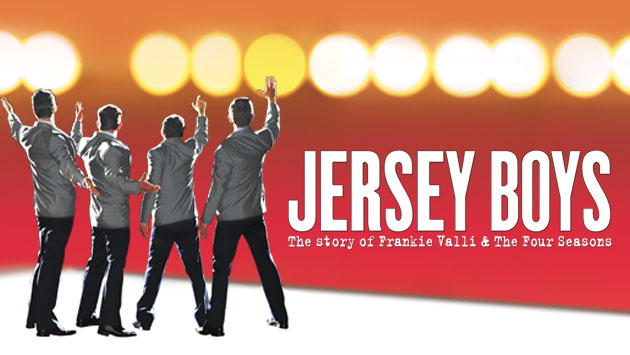 Watching from seats in the August Wilson Theatre in New York City, we got a taste of 1960s America.
However modern pop music seems today, it was around long before Lady Gaga, Katy Perry or even Michael Jackson. If you have never heard Four Seasons’ songs such as “Sherry,” “December, 1963 (Oh What a Night!)” and “Walk Like a Man,” the musical will open your eyes.
We are reminded that pop music has a wider range than we acknowledge these days, extending beyond “Call Me Maybe”-esque tunes stylistically and age-wise.
Throughout the show, The Four Seasons’ success is lavishly complemented by the best talent that the theater world has to offer, resulting in a lively, passionate musical.
It also offers insight into the way a person can be simultaneously both good and bad, with valuable contributions balanced by scandal.
In addition to getting to know The Four Seasons and their music, the audience observes the many personal ups and downs that plague the four men throughout the show. Love fizzles out, secrets are kept between band members, monetary problems are found out, and loved ones are lost.
In “Jersey Boys,” the native New Jersey boys have a phase before they produce chart-toppers during which try to get noticed in the hotly competitive world of music.
It gives the audience time to familiarize itself with the four band members: Frankie Valli, Bob Gaudio, Nick Massi and Tommy DeVito. Each of the four narrates a portion of the show, making it possible to come to know each man by the end of the show.
We learn that Gaudio has a knack for writing music and is more of a “good boy” than the other three.
DeVito is the most street smart and troublesome, but he helped bring The Four Seasons together, an accomplishment that must not be overlooked, no matter how many wrongs he committed later.
Valli is the lead singer, with a high voice that stands out from those of the other members. His popularity exceeds that of the other three.
Massi is the band’s most reserved member and arguably the least popular of the four. He thinks so, as well, likening himself to drummer Ringo Starr, the most overlooked member of The Beatles.
Even as The Four Seasons’ hardships play out on stage, it is clear the band ultimately made a lasting contribution to American music.
Otherwise, of course, Broadway would not have bothered with “Jersey Boys” and the musical wouldn’t still be going strong years after its first performance.
Stephanie Hamann is a Junior Reporter for Youth Journalism International.