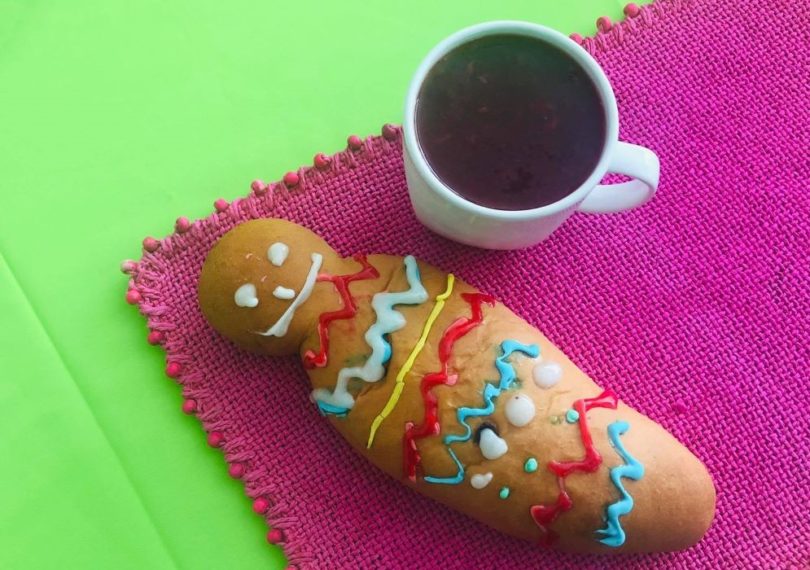 Quito, ECUADOR – Although over the years trick-or-treating and dressing up has grown in popularity, Halloween is not a typical holiday here.

Ecuadorans do, however, have our own tradition during this season.

On the second of November, the native people of this region used to remember their dead by bringing bread in the shape of a human figure called Guaguas de Pan and a purple juice with lots of fruit in it called Colada Morada to their graves.

This day still known as the day of the dead, or Día De Los Difuntos.

The word Guagua, which means child, comes from Quechua, the language of some indigenous people here.

People have been waiting a whole year for these things to be for sale again, and usually the bread and juice is enjoyed with the whole family during these months.

The recipe for this bread and juice have changed throughout the years.

Today, we decorate the bread figures with sugar icing and sometimes fill them with marmalade or chocolate.

Colada Morada is prepared with flour made from purple corn and endemic fruits like Andean blueberries we call mortiños and fruit only known in South America called naranjilla.

This is one of the few traditions still celebrated that dates back to pre-Columbian South America.

Although most people do not bring these things to their beloveds’ graves anymore, they are still special foods we enjoy only during this time of the year in Ecuador.