A screenshot of the Latin American feminist webinar from Niñas No Madres. (Aileen Cevallos/YJI)

Quito, ECUADOR – As the whole world is drastically changing due to covid-19, the Latin American feminist movement Niñas no Madres is not staying behind.

Niñas no Madres aims to bring to light the seriously issue of sexual violence in Latin America  and how it has grown worse during the pandemic.

On a webinar published by the group on YouTube early this month, Latin American women discussed what girls who are victims of sexual assault need in a world that has been turned upside-down due to covid-19. The webinar is available on YouTube or on the Niñas no Madres website.

Mediated by the Colombian columnist Catalina Ruiz-Navarro, five other women explained the situation regarding sexual violence in their countries and offered ideas of what we have to change in the world regarding sexual assault.

According to Luisana Aguilar, an Ecuadorian writer and researcher for the newspaper Wambra, 21,554 girls under the age of 14 have given birth in Ecuador between 2009 and 2018. This figure, she said, does not include any rape that did not result in pregnancy or abortion.

The criminal code of Ecuador states that any sexual occurrence which involves a girl younger than 14 is considered sexual assault, Aguilar said.

Another panelist, Florencia Alcaraz, who is the director and editor of the feminist newspaper LATFEM Argentina presented Argentina’s numbers: every day, seven girls birth a child.

The figures from Guatemala are even more unsettling.

In the first five months of 2020, there were 1,962 girls between the ages of 10 and 14 who were impregnated, according to Carmen Quintela, a reporter for the multidisciplinary Agency OCOTE.

In Nicaragua, according to María Cano, writer for Mangua Furiosa, there have been 16,400 unwanted pregnancies between 2006 and 2016.

In Peru, according to Graciela Tiburcio, an investigative Journalist for Wayka, five girls under the age of 14 give birth each day.

Ruiz-Navarro, the Columbian columnist, described all of those statistics as scandalous but reminded the audience that they are probably lower than the real number of rapes and pregnancies because most governments are not doing constant surveys and updating the numbers.

Why is rape hidden?

According to Aguilar, girls in Ecuador refrain from reporting sexual assault because rape mostly occurs inside a family.

Cano, the speaker from Nicaragua, says that 64% of rapists live with the victim.

“The abuser is the family’s economic source and they don’t want to lose it,” Aguilar said. For this reason, the families prefer to expel the young girl from their home or community, not the rapist.

“The abuser is not only their (the victims) abuser, he is also the abuser of his sisters, as well as her mothers. But everything is kept as a family secret,” said Aguilar, describing this closed environment as a “hermetic circle.”

Aguilar said if a girl who has been raped goes to a health center, she will not be treated as a rape victim, but rather as just another pregnant woman.

This illustrates the movement’s name: Niñas no Madres, which means: Girls, not Mothers.

Tiburcio, the speaker from Peru, said the victims “are children, they are not mothers, and they have the right to dignified lives and lives free of violence.”

Another reason for keeping rape hidden is that victims are put into public homes where they are mistreated, according to Quintela. As an example, she talked about the Guatemalan home Virgen de la Asunción, where a few years ago girls were locked in a room and died due to a fire.

Rape victims are often disregarded because nobody believes them or nobody wants to believe them, the panelists said.

Even the media normalizes sexual assault and child pregnancies, according to Alcaraz.

In Ecuador, abortion is only non-punishable when the woman’s health is at risk.

A girl under the age of 14 is a candidate for a non-criminal abortion, Aguilar said, but in health centers they are often not even presented with that option.

On paper, the procedure for rape victim might seem very good, but what is actually carried out is very different.

Quintela spoke about another reason so many young girls are forced to carry out their pregnancies. According to her, doctors rarely want to perform an abortion because there is a stigma around it.

Pregnant girls are four times more likely to die during the pregnancy or during labor than adults, according to Tiburcio.

Because of the pandemic, according to Aguilar, many victims are now locked in with their abusers and this issue has become even more serious.

Tiburcio said the pandemic has put into evidence that most abusers live with their victims. The abusers are most often the victim’s father, grandfather, uncle or cousins. They are people who are supposed to take care of these girls.

In Peru, about 400 girls have been victims of rape during the pandemic, according to Tiburcio.

“These are not isolated cases, this is a social structure that diminishes the value of girls’ lives,” said Tiburcio.

Being in lockdown at home instead of in a classroom cuts victims off from other adults who might possibly help.

“I’m worried that the girls aren’t having a space where they are listened to or where they can talk because they’re not in school,” Alcaraz said.

In Argentina, the number of reported rape cases has gone down, precisely because girls don’t have a place to talk about it anymore, according to Alcaraz.

In Ecuador, according to Aguilar, femicides have increased. Since the beginning of the pandemic, 13 under-age women have been murdered.

“The pandemic has shown us how outdated the systems are,” said Aguilar.

What do girls need in the changing world?

At this point, Quintela said, it is difficult to imagine a positive picture in the future. She also said she does not believe the government, or the people, actually understand the seriousness of this situation.

During the webinar the women called for structural and social change. They asked for access to good sex education, improvement in public health services, a health ministry that is committed to young girls and to making emergency contraception more widely available.

It is also important to empower girls so that their history of abuse does not define them, the panelists said.

They need access to education so they can proceed with their dreams, Tiburcio said.

Additionally, panelists said they want spaces where girls can talk about abuse. During the pandemic, they said, these safe spaces need to be accessed digitally.

They want to include young women in the discussion about abuse, panelists said, and not make it a topic only for adults.  It is also important to understand that most sexual violence happens in the victim’s home, they said.

Finally, they highlighted the importance of cyberactivism and feminist journalism, which has brought many abuse cases to light.

The media has a crucial part during this situation, Cano said. It is the media’s responsibility to make the victims’ stories visible, she said.

“The more people are informed about this topic and the more aware people are,” Cano said, “the more we’re going to be able to get support, endorsement, collect signatures for petitions and increase pressure for change.” 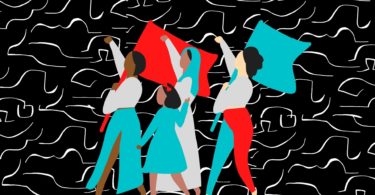 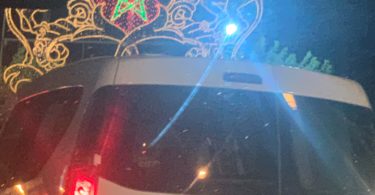