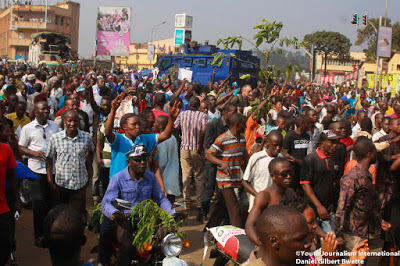 A crowd shouts in support of Ugandan presidential candidate Kizza Besigye on Monday in Wandegeya, a suburb of Kampala. (Daniel Gilbert Bwette/YJI)

WANDEGEYA, Uganda – Riots broke out Monday in a suburb of Kampala when police blocked a presidential candidate from holding a campaign event.

Dr. Kizza Besigye of the Forum for Democratic Change party had planned a campaign event at Mekerere University, Uganda’s oldest university. But police intercepted him on the way and supporters couldn’t proceed.

In the resulting riot, police dispersed thousands of Besigye’s followers with tear gas, rubber bullets and live ammunition. One person was killed.
Besigye, a medical doctor and former military officer who has run for president several times without success, is one of eight candidates for president. President Yoweri Museveni, who has been in power for 30 years, is seeking re-election.
People go to the polls on Thursday.
There is much anger and tension between people and some are heading from the cities back to villages. Others who are able are leaving the country.
Election results are expected on Saturday, Feb. 20.
Daniel Gilbert Bwette is a Senior Reporter for Youth Journalism International. 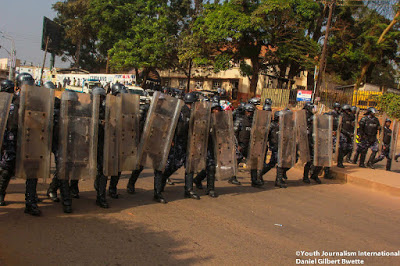 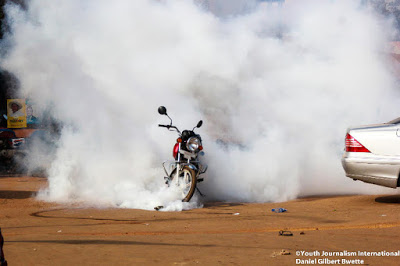 A motorcycle is partially obscured by a fog of tear gas. (Danielle Gilbert Bwette/YJI) 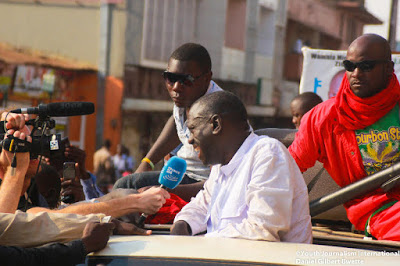 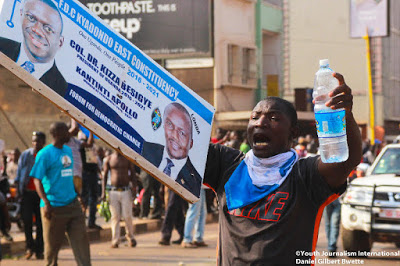 A man holds a sign in support of Kizza Besigye, a candidate for president in Uganda at a campaign event-turned riot outside of Kampala on Monday. (Daniel Gilbert Bwette/YJI) 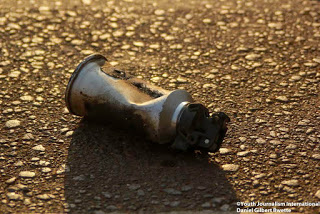 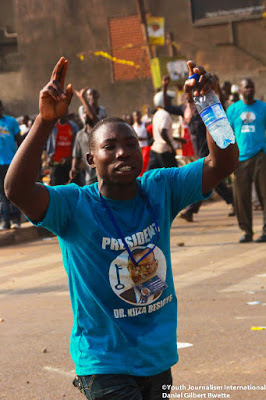 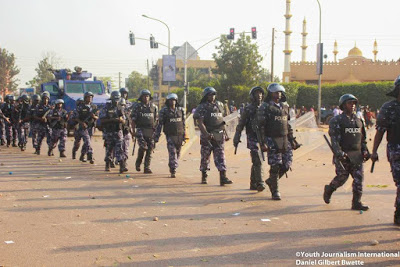 Police march toward the rioters on Monday in Wandegeya. (Daniel Gilbert Bwette/YJI) 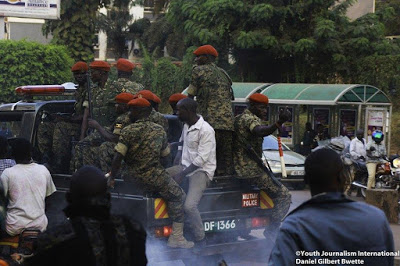 Military police, known as “Red Tops” near where the riots were taking place in Wandegeya on Monday. (Daniel Gilbert Bwette/YJI) 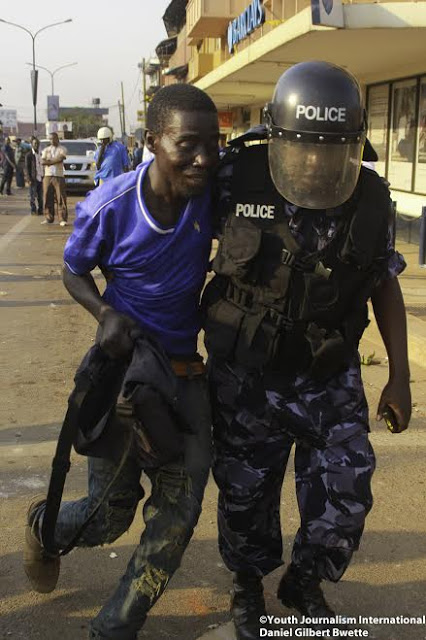 A police officer helps a man wounded by a rubber bullet in Wandegeya. (Daniel Gilbert Bwette/YJI) 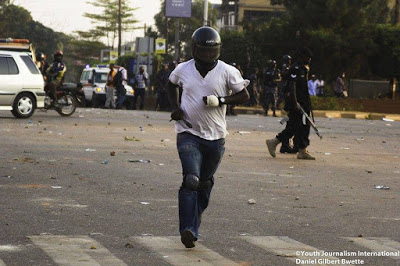 A police officer out of uniform was part of the operation on Monday in Wandegeya. (Daniel Gilbert Bwette/YJI) 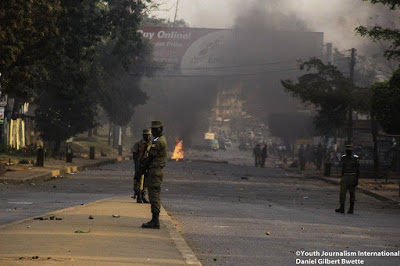 Police stand in the foreground while in the background, fires set by rioters burn in the middle of the street in Wandegeya on Monday. (Daniel Gilbert Bwette/YJI) 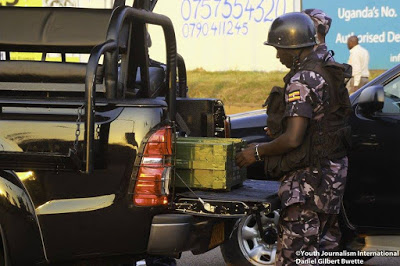 A police officer gets a new supply of tear gas canisters for reloading on Monday in Wandegeya. (Daniel Gilbert Bwette/YJI)