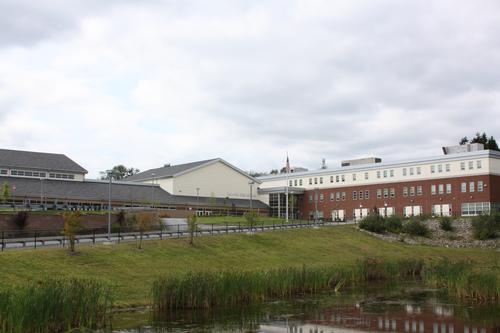 TERRYVILLE, Connecticut, U.S.A. — As a senior at Terryville High School — well, just as a senior in general — I am part of a team.
This team will make an effort to be remembered forever, to leave a lasting mark, an impression to all those who come after us.
Our mission is to let it be known to the whole school just exactly who we are and where we stand.
This includes performing our senior prank.
O, what glory is retained within those words!
A senior prank is defined as a mischievous trick or practical joke performed by the senior class.
It is the duty of all seniors to take part in the prank. I guess you could call it a senior obligation.
We are supposed to have a lot to live up to and to compete against, but past graduating classes have done nothing special as a senior prank.
Now that we are seniors, we are expected to set the tone for the graduating classes that follow us.
The graduating classes that came before us — students we once looked up to — did nothing extraordinary. In fact, they’ve been downright pathetic.
Last year, they merely placed old shoes in the entrance to our school. It was lame.
I can’t even recall what the seniors did my sophomore year.
Let’s face it, the senior classes that came before us were weak and had no game.
During my freshman year, I attended Wamogo Regional High School in Litchfield.
Now those seniors gave the underclassmen something to live up to.
During my freshman year, they had what must have been the biggest food fight in the history of the school.
Those seniors wanted to go out with a bang and that they did.
It had the whole school — not to mention the town police — talking about this prank.
Apparently it was bigger than we had ever imagined. As good of a prank as it was, the school officials didn’t find it as humorous as we did.
As far as I can remember, those seniors at Wamogo suffered.
What started in fun ended up costing some of the participating seniors their right to walk across that stage on graduation night.
Instead of that moment of honor, they were sent their diplomas in the mail.
If you ask me, they were cut short. Those students worked hard for that right. Twelve years of hard labor shouldn’t be taken away because of a mere food fight.
Those school officials can’t possibly say that they never did anything crazy in their lives.
The seniors cleaned up their mess in the cafeteria. That should’ve been enough.
So now that it’s our time to shine and have fun, there is one question we must ask ourselves.
How far is too far?
Scattering shoes in the entrance of the school is not far enough, but a food fight is apparently too far, so where does that leave us?
I guess you’ll just have to wait and see.
Did you honestly think I would give away our highly anticipated evil schemes?

Ashley Michaud is a Reporter for Youth Journalism International.