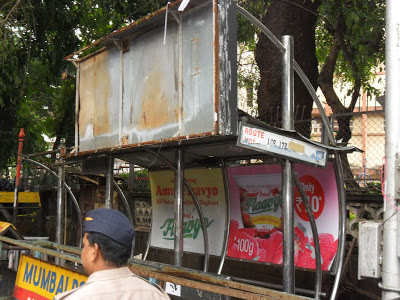 By Pushkal Shivam
Senior Reporter
Youth Journalism International
MUMBAI, India – Life returned to normal eerily fast
in Mumbai after the July 13th bombings.
One of the three bombs ravaged the bus stop near the
Dadar railway station but buses continue along that road.
The commuters passing by the spot occasionally stop to appreciate the work of the terrorists before resuming their course.
Near the Opera House neighborhood, unfazed
youngsters from college continue to enjoy the monsoon season on the street
overlooking the Arabian Sea.
The roads are teeming with vehicles and the
suburban trains with people.
Ashwin Shantilal Shah’s hardware store in Dadar
faces the bus stop where the bomb went off Wednesday, injuring 10 people.
According to a statement released by the Ministry of
Home Affairs, the Improvised Explosive Device (IED) was placed on top of the
shelter of the bus stop and was low in
intensity.
Shah said he looked death in the eyes that fateful evening.
The composure on his face is remarkable to witness
when he says this.
The “eardrum-shattering” sound of the blast left
him numb for some time, Shah said.
Before he realized what had happened, a crowd of
“more than 400 people” had gathered in the area.
The police arrived on the spot only after “20 to 25
minutes,” said Shah.
The narrow road between his shop and the bus stop was
busy – as usual – at the time of the blast.
But just one day after the bombing that shattered
several fragile objects in his store, Shah is back to business.
Would he move out of the area?
“It can happen anywhere,” he said.
The sense of helplessness in the city right now is
unmistakable, so much so that it has rendered citizens indifferent. They have
no choice but to continue with their lives.
The much-hyped “spirit of Mumbai” has become obsolete
as almost every major landmark in the city has borne a terrorist attack.
Zaveri Bazar – the diamond district – became a
target for the third time Wednesday.
The city is badly bruised from repeated terror
strikes.
If anything, July 13th inured Mumbaikars to the sword of
Damocles dangling above their heads.