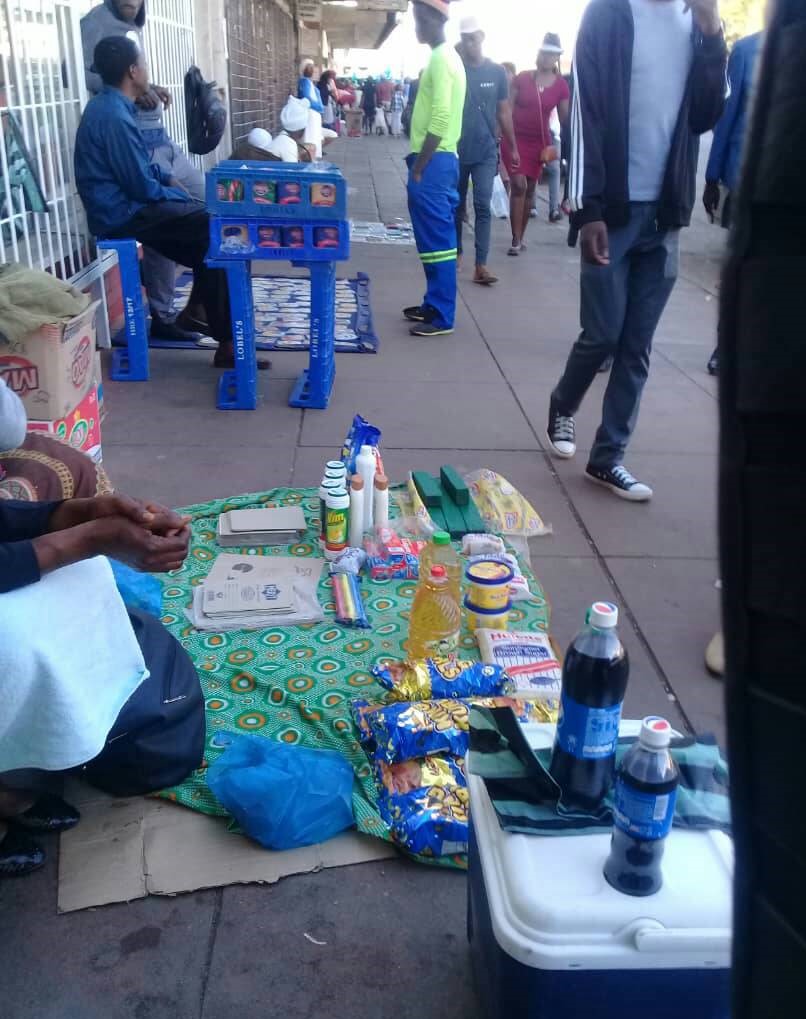 People in Zimbabwe are sometimes buying bread from individuals on the street. (Makhosazana Kunene/YJI)

Bulawayo, ZIMBABWE – Until last week, people here could use multiple types of currency to do their shopping, but now everything has changed.

Before June 24, many shops had been posting prices in U.S. dollar, Zimbabwean RTGS and coins, South African rand and bond dollars, or equivalencies, with the U.S. dollar the most popular currency.

But as of that date, it’s against the law to use foreign currency inside Zimbabwe and it is illegal for shops to charge in foreign currency. Only purchases such as airline tickets to other countries or foreign goods can be paid for using anything but Zimbabwean money.

Zimbabwean Minister of Finance and Economic Development, Prof. Mthuli Ncube, made the announcement about the change over Zimbabwean national television.

Pharmacies and stores owned by Chinese people, for instance, had been charging in U.S. dollars, bond noes and in the local currency, the RTGS dollar and sometimes the South African rand.

The economic situation has not been stable. Prices were changing frequently, especially when the dollar or the ran went up against the local currency.

The exchange rate for converting U.S. dollars into local currency, for instance, recently changed dramatically, dropping almost in half.

At times, shops have had no bread for sale, sometimes for a few days, and when there is bread, prices go up when the exchange rate rises. Some individuals have been selling bread outside of shops.

Money can now only be changed from one currency to another at a bank.

Money changers have been operating illegally on the streets, and some inside mini buses called kombis, where they hide cash in bulk bags.

Some have made a lot of money through currency exchange. They don’t speak loudly about what they are doing out of fear of being arrested, but quietly, they will say they are changing money.

Makhosazana Kunene is a Junior Reporter with Youth Journalism International.