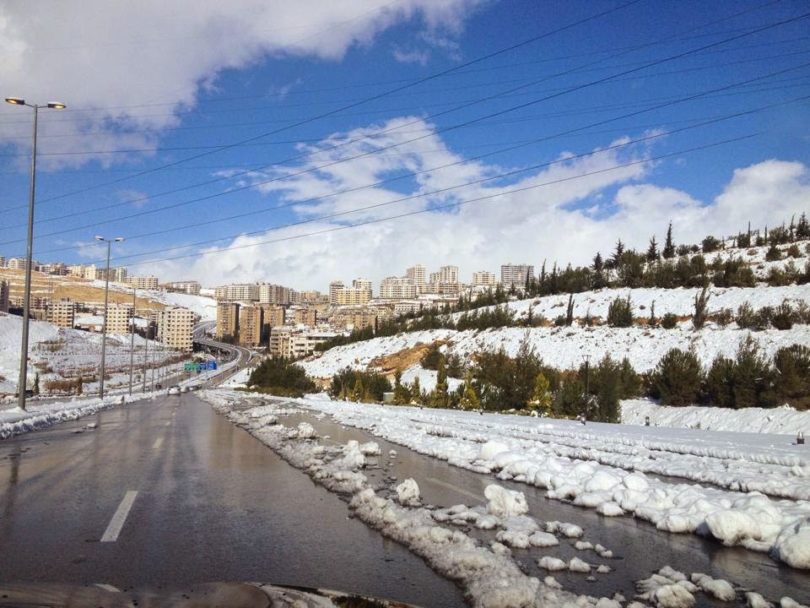 Damascus in the snow. (Leen Othman/YJI)
DAMASCUS, Syria – It is not very often that the Middle East wears a white robe, but a recent storm that has now been blowing for two days made sure snow won’t be missed much.

The storm, named “Zeina,” started on Tuesday morning causing sea levels to drastically rise on the eastern coast of the Mediterranean Sea and evolved into covering the land with inches of snow.
Civil defense forces and civilians alike took to preparing as much as possible, but even the best possible can only be so much for those without shelter in the various parts of the Middle East, including refugees, soldiers and the homeless.
The storm’s financial effects were narrowed to broken trees and torn shrubs, and we can only pray its humanitarian effects will be merciful as Zeina is expected to regain strength tomorrow.
Leen Othman is a Reporter from Syria for Youth Journalism International 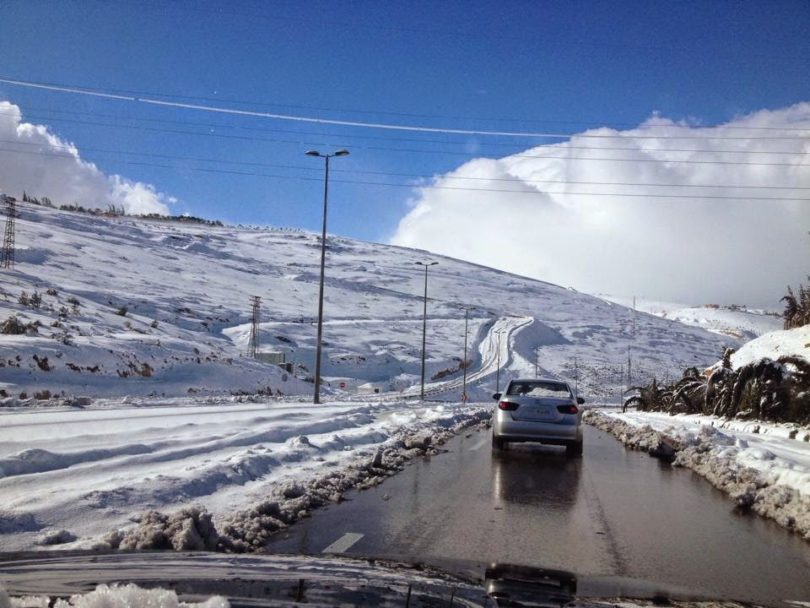 Syria got a blanket of white snow this week like some other Middle Eastern countries. (Leen Othman/YJI) 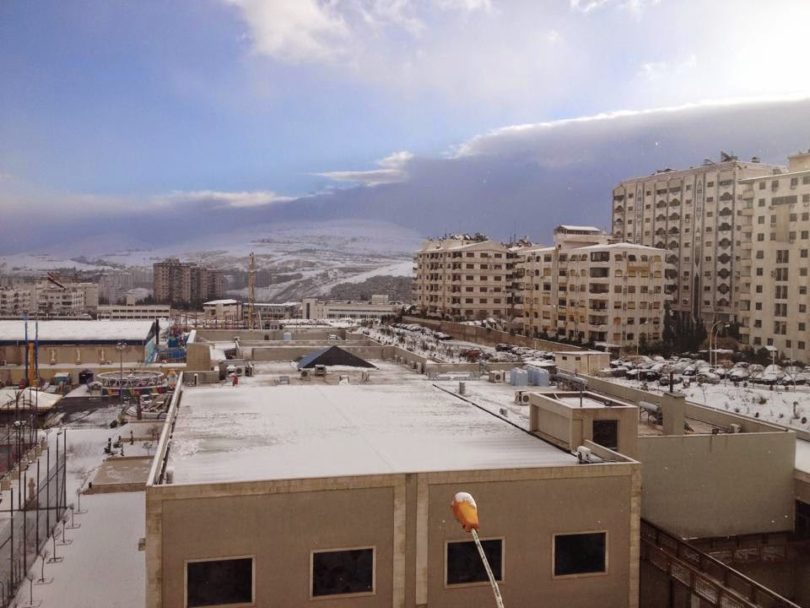 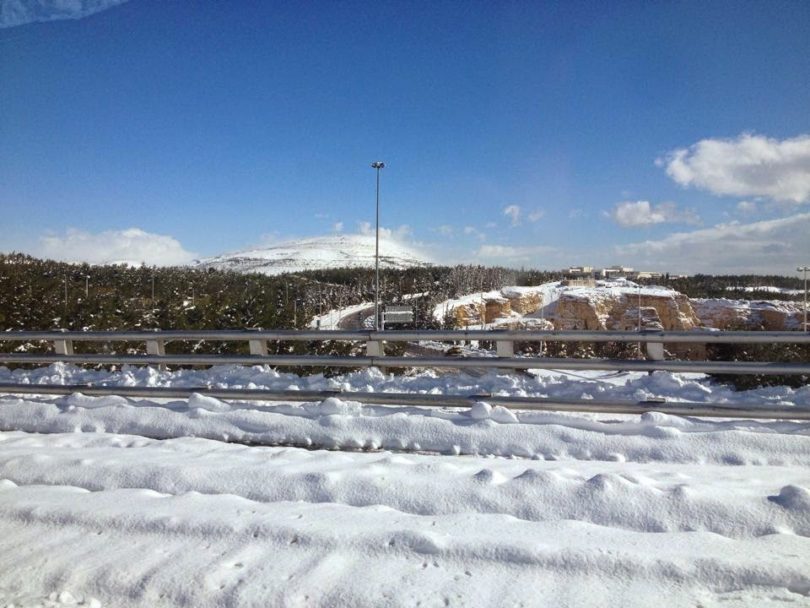 Snow along the roadway around Damascus on Thursday. (Leen Othman/YJI) 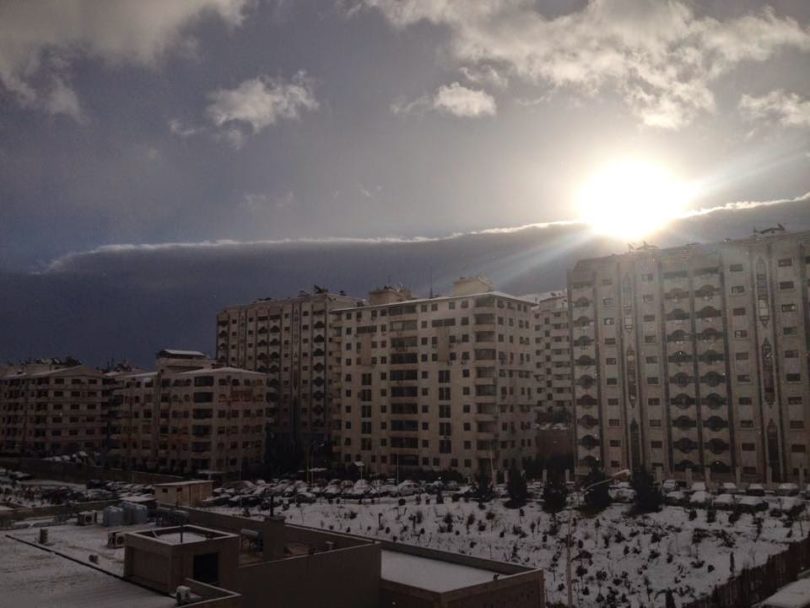 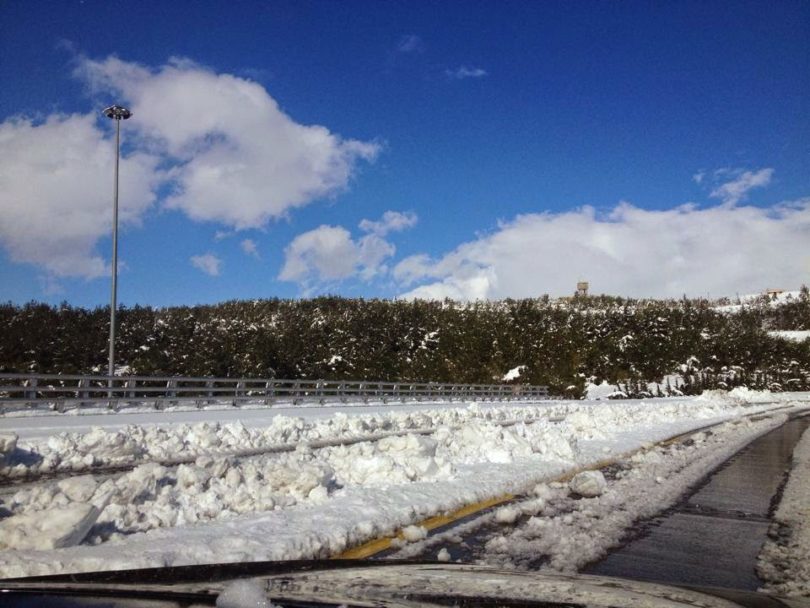 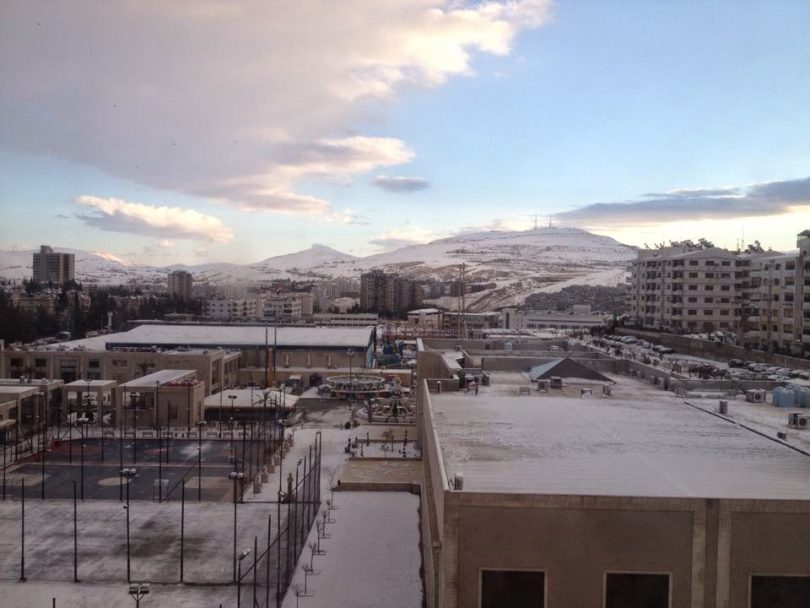 A snowy morning in Damascus on Thursday. (Leen Othman/YJI)

Damascus in the snow. (Leen Othman/YJI)
***
Your tax-deductible contribution can help support this nonprofit at
www.HelpYJI.org