By
Talon Bronson
Senior
Reporter
Youth Journalism International
The dry, rolling plains of southern Oregon slide past my window.
A quiet hum has been coming from the speakers in the beaten up Astro van that
carries us, and Get behind me Satan
by The White Stripes has been on repeat for a good hour and a half, coming
through the stereo all rolled up in static.
Nobody
changes the record, no one really cares, I’d hazard to guess. No more than
three hours of sleep were to be had last night, and the dull sound of the
wheels rolling, and the songs whispering, and a cigarette a-burning attest to
an exhaustion felt on the inside, and out.
And
at that moment, we are only three hours away from our next show.
How
do four rock ‘n rollers, a race bred for chaos, deal with the numbing eight
hours a day of nothing but sitting, and driving, and staring out the window at
nearly featureless landscapes? They learn to enjoy the quiet insanity that
starts to set in after five or six days of the dry monotony.
A
thousand miles from home – with only 200 bucks to your name and a couple
guitars – there really isn’t much else you can do.
When
A Thief At Heart began, it was me, a handful of songs, and a name. A year and a
half later it is a van, an album, four rock ‘n rollers, and a lot of late
nights at dingy bars in the middle of nowhere. Loud music, bar patrons’ spilled
beer, and the occasional leering barmaid litter the road of the experience.
Nobody
but the diagnosed clinically insane could dream of this life, but dream of it
we do.
“I
can’t wait until I turn 21,” our drummer Trevor Scott mutters to himself.
It
isn’t about alcohol, really, though as we passed over the Nevada border,
already having driven for three hours through near-sweltering heat, I doubt
anyone of us would have refused a cold beverage of any kind.
The
real issue of being under 21 and on the road, though, is multi-tiered. Try
pulling into a town after eight hours of driving, famished, and road tired, and
see how easy it is to get something to eat! Nothing but bars as far as the eye
can see, and maybe a McDonalds, but that certainly won’t help matters. When you
are going to be back in the van soon enough, and for another six hours at the
very least, take it from me, road diarrhea is worse than starving. McSh*ts.
You
shift in your seat, and watch the passing forestry, trying to decide what, in a
pinch, would make the best makeshift toilet paper. Only a thick maple leaf will
be halfway sufficient, smooth enough to not grab hold and grate against your
tender areas. And in Nevada? I haven’t found a cactus yet that looked like it
would be halfway manageable, and just thinking about it makes me squirm.
No,
there is no luck to be had, better tighten up, let your eyes water, and hold it
till the next town, Elko, Nevada, 139 miles away.
And
there is also just trying to sell CDs, difficult enough for aspiring musicians
as it is, but when you have to leave the bar where you are playing at one o’clock
in the morning because you can’t be anywhere near the premises unless you are
performing, then try getting the music out there. They won’t sell like hot
cakes, is one way to put it.
Rock
‘n roll is a young man’s game, but it’s a game stacked against the young, all
the same.
But
sold CDs or not, long rides in the car or short, in the past week I have been
to Leavenworth, Washington, and seen with my own eyes how incredibly creepy it
is when a town decides to become a Bulgarian-themed tourist attraction.
I’ve
played at a produce stand in Longview, singing next to carts of vegetables, and
then not a day later played at the main stage of the Longview Fourth of July
festival.
I
sat atop a hill in Astoria, Oregon, and screamed into the PA, my voice echoing
over the hills and down into the bay. And as monotonous as it is, there are
sights I’ve seen, reclining in the backseat of that old beaten up blue Astro
van that opened my eyes to the real wonder of the world, and its many different
faces.
Tonight
we play in Elko, Nevada, and tomorrow as well; then it’s off to Lake Tahoe,
followed by Sparks, Nevada, and then a week going up the coast of California. With
the music as a guide, the trail will hopefully be smooth, but as my father
always used to tell me, a battle plan never survives contact with the enemy,
and I can see no reason why this trip shall be an exception.
I
plan to continue this account of our tour, with additions being made at least
once a week, and I hope you will return to share the road with me.
As
the Rolling Stones sang, “It’s only rock ‘n roll, but I like it.”


Don’t miss any of Talon Bronson’s Rock ‘n Roll Road series. Click on the links below to read any of the other parts:
Part Two:
Singing For The Desert And Its Awful Beauty
Part Three:
From Paradise To The Devil’s Backyard
Part Four:
End Of The Rock ‘N Roll Road – For Now
A Thief At Heart is Talon Bronson, songwriter and singer; Kade Schagunn, lead
guitarist; Jacob Duffey, bassist and Trevor Scott on drums. You can listen to their music or visit them on Facebook.  Upcoming shows: July 12, Roadhouse Saloon, Sparks, Nevada; July 13-14, Boulder Dam Brewing, Boulder City, Nevada; July 18, AMPLYFi, Los Angeles, California. 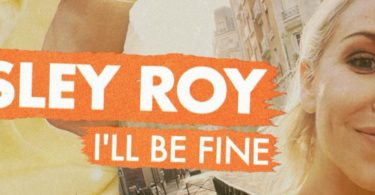 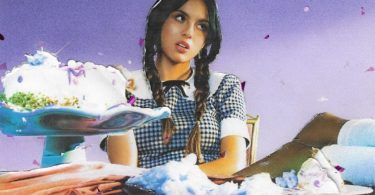