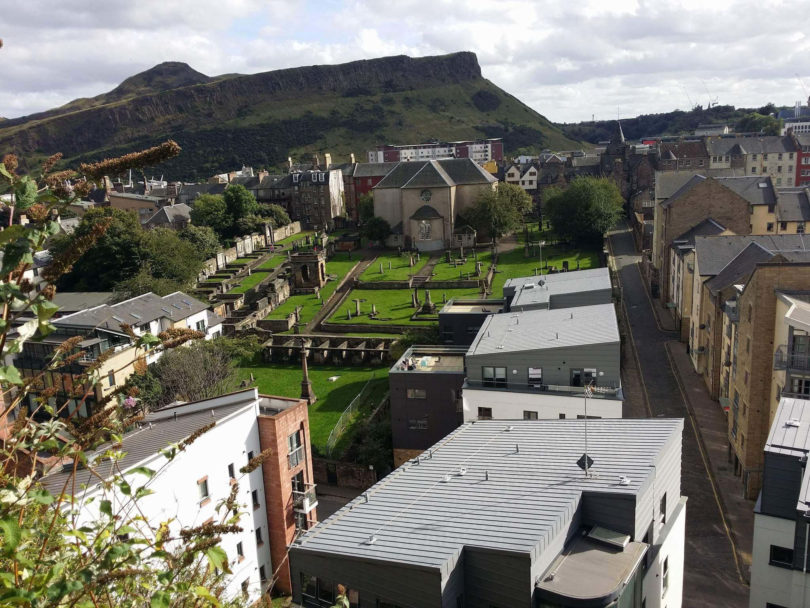 Edinburgh (Kiernan Majerus-Collins/YJI)
DUMFRIES, Scotland – In a recent visit, Scotland’s leader, alongside the nation’s most important group of politicians connected with voters in Dumfries and listened to the public ahead of next month’s general election in the United Kingdom.

In keeping her vow of being the ‘most accessible’ first minister ever, Nicola Sturgeon, the member of Scottish Parliament who leads the Scottish National Party and The Scottish Government, visited The Easterbrook Hall in Dumfries with her newly elected Cabinet.
The public meeting allowed constituents to hear about Scottish government policies, and gave them the chance to directly question Sturgeon and department ministers.
The new Scottish Cabinet is the most representative ever seen here, with 50-50 male-female representation and Member Humza Yousaf coming from a minority ethnic background.
Sturgeon replaced Alex Salmond, who stood down as Scottish National Party leader at the party’s November conference, with no competition for the post.
Throughout the day, Sturgeon and her cabinet members each visited numerous local institutions and businesses.
She made a forceful speech at the evening conference, attacking Prime Minister David Cameron’s UK government and its damaging cuts to public services.
The first minister was keen to highlight the advantages of the Scottish National Party government in the Scottish Parliament, securing a better future for the country’s people by reinvesting in public services, abolishing Trident nuclear weapons and building more social housing.
Sturgeon also spoke of last year’s independence referendum and that while Scotland had voted to remain part of the UK, independence was still one of her party’s major policies.
Following her speech, which was met with enthusiasm, Sturgeon took questions from the public. Visitors questioned the cabinet on a plethora of different issues, ranging from wind farms and the Social Education curriculum within schools to the prevalence of new housing around the region and independence.
Ahead of the May 7 general election, the Scottish National Party could hold as many as half of Scottish seats in the UK Parliament in Westminster, allowing for significant influence.
In the past three televised election debates, Sturgeon’s party has appeared top in the opinion polls, scoring high in the estimations of English voters who cannot vote for the party.
Sturgeon has strongly argued for progressive party politics and an end to the solid austerity plans of the current government.
Scottish members of parliament could never possibly gain the 326 seats needed to have a majority in the government. This is because Scotland only provides 59, and Sturgeon has announced that the party would be keen to work with Labour as well as their counterparts in Wales, the left-wing Welsh nationalists of Plaid Cymru.
The party has also worked well in the past with the Scottish Green Party, who are more liberal in terms of policy, but share many of the SNP’s socially democratic ideals.
The election promises to be an interesting one, with Sturgeon and the Scottish Nationalists sure to shake it up.
But with polls fluctuating by the minute, the result that will greet the electorate on Friday, May 8 is unforeseeable.
Robert Guthrie is a Senior Reporter from Scotland for Youth Journalism International.
***
Your tax-deductible contribution can help support Robert Guthrie
and other students at this nonprofit at
www.HelpYJI.org