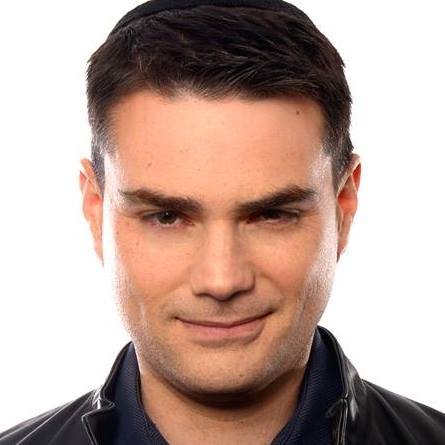 Storrs, CT – The University of Connecticut College Republicans, in conjunction with the Young America’s Foundation, this week hosted the provocative Ben Shapiro, a conservative author and speaker known for his fierce debating skills.
It was a great night for the university, as the respectful exchange of ideas prevailed inside Rome Ballroom.
But there was some controversy at the beginning of the week surrounding Tuesday’s visit from Shapiro, a former editor at Breitbart News. UConn offered counseling for students who felt harmed by Shapiro’s presence on campus.

“We understand that even the thought of an individual coming to campus with the views that Mr. Shapiro expresses can be concerning and even hurtful,” wrote Joelle Murchison, UConn’s chief diversity officer, in an email to students. 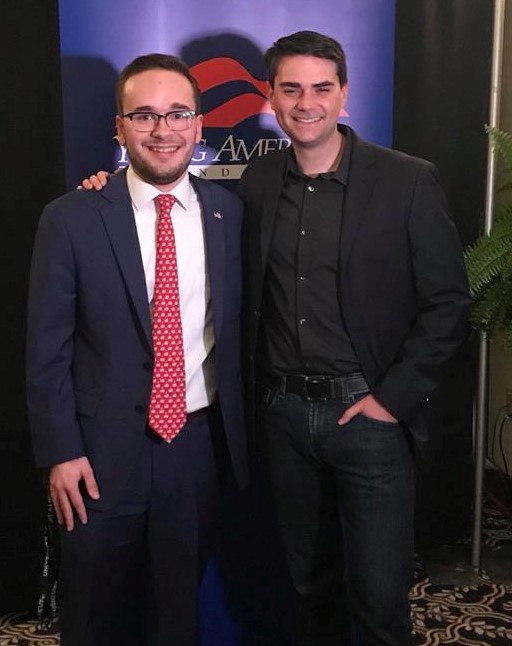 YJI reporter Max Turgeon and Ben Shapiro at The University of Connecticut.

As a member of the UConn College Republicans, that concerned me. Not only did it come off as immature, it provided students with a false sense of fear, which could have disrupted the event. There should be nothing scary about hearing different point of views, and as Shapiro said, there is a bigger issue there.
In his January 23 appearance, Shapiro gave a short speech to start, using statistics to try to debunk white privilege and transgenderism. On the latter, Shapiro said that as far as he knows, there are only two genders and everyone is either male or female and it is wrong to lead children on any other way.
His speech was short and then he moved on to what he is known best for: a question and answer time.
Most people that went up to speak agreed with Shapiro, but one young woman asked him how he could have a position on abortion as an affluent male. Shapiro, acknowledging that he was indeed an affluent male, explained that no matter who he is, evil is evil and he will fight against it.
Another man asked Shapiro about his position supporting the privatization of healthcare, arguing that socialized medicine is more cost effective and nations like Canada have high life expectancies. Shapiro actually said that the man had valid points. Socialized medicine would even be better than what we have right now, Shapiro said, which is a system that cannot decided if it wants to be private or nationalized. Shapiro said he favors privatizing healthcare because competition would theoretically drive prices down.
Overall, it was a great event for the university. The exchange of ideas between Shapiro and those who asked questions made everyone in the room smarter. I think both learned from each other as well.
Campus security did a phenomenal job getting us in and keeping everyone safe.
The First Amendment is the First Amendment, on or off a college campus. Schools that are taking more aggressive approaches to decide who can and cannot speak are in the wrong.
We must encourage the free exchange of ideas, liberal and conservative, with as few hoops to jump through as possible. College is a time to learn and experience new things, and last night was a prime example.

Max Turgeon is a Reporter for Youth Journalism International.