SINGAPORE – Despite a torrential downpour, thousands lined the streets on Sunday afternoon to bid a final farewell to the late Prime Minister Lee Kuan Yew, who died last week at
age 91.

A 21-gun salute was fired as a mark of respect to the late leader at the Padang, a huge lawn in front of the Old Supreme Court, before his hearse made its way to Tanjong Pagar, the constituency Lee represented during his political career. 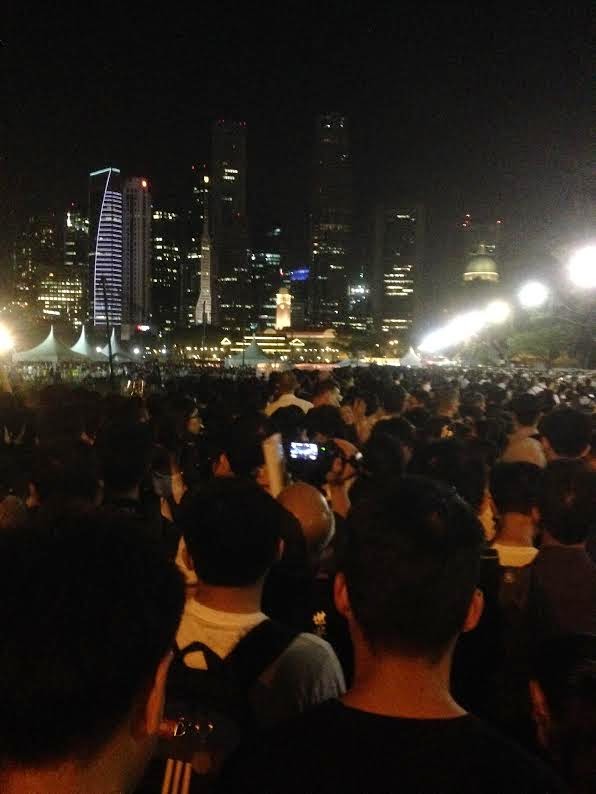 Mourners in the queue at the Padang, a large field in front of the old Supreme Court where grieving citizens waited hours in line to view the body of the former Prime Minister Lee Kuan Yew lying in state. (Selvaganeshamoorthi Balakrishnan/YJI)

The procession covered a distance of 15.4 km, stretching from the Parliament House, where his body laid in state for five days, to the National University of Singapore Cultural Centre, where the state funeral was held.

In a massive outpouring of grief, many in the crowd chanted “Lee Kuan Yew!” and “Thank You!”

The hearse passed numerous landmarks, including the Corruption Investigation Practices Bureau. While in power, Lee worked closely with the bureau to root out corruption. 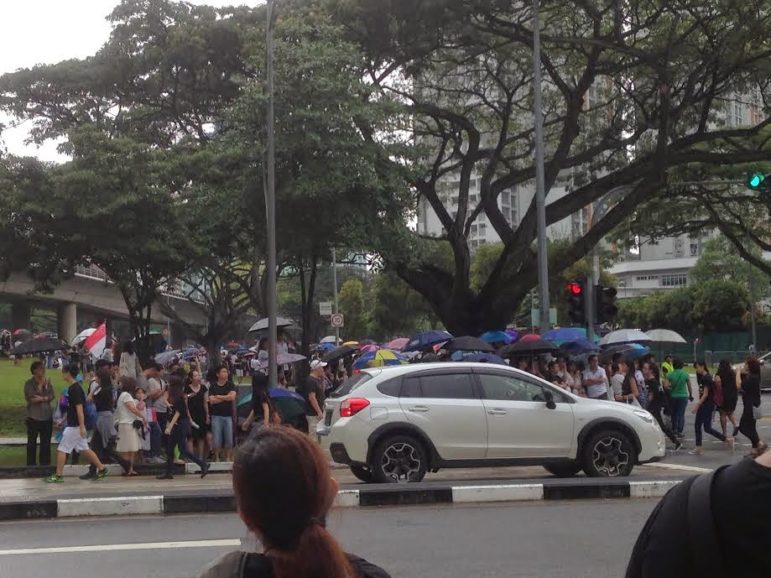 People wait in the rain for the hearse of the late prime minister to pass. (Selvaganeshamoorthi Balakrishnan/YJI)

Lee’s compatriots and sons, including current Prime Minister Lee Hsien Loong, solemnly described their personal encounters with the former leader in eulogies that were broadcast live.

According to the government, 454 687 mourners paid their respects earlier in the week at the Old Parliament House, where Lee’s body was lying in state.
Undeterred by the hot tropical sun and the occasional downpour, many waited in line for more than 10 hours to pay their respects.
Act of kindness abounded as volunteers and citizens alike offered mourners refreshments while they waited.
Singapore observed a minute of silence on Sunday followed by a nationwide singing of the national anthem and recitation of the pledge.
Selvaganeshamoorthi Balakrishnan is a Reporter for Youth Journalism International. 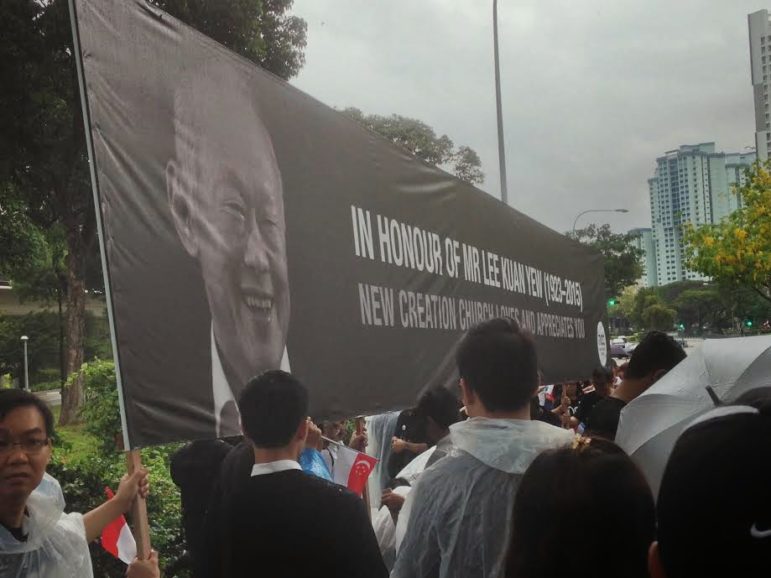 A banner from a local church thanking Lee for his contributions. (Selvaganeshamoorthi Balakrishnan/YJI)