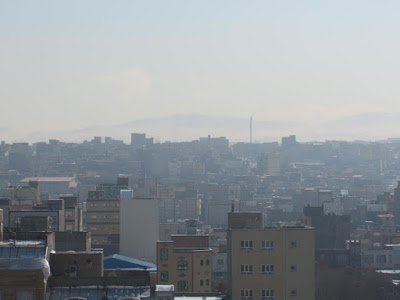 Negin Golizade is 16 and a student at Danesh Amuz High School in Tabriz whose life is made worse by smog.
Iran’s air pollution problem has forced her to miss school and stay indoors, she said.
The smog makes her asthma worse and increases the number of attacks she suffers during a day, Golizade said.

The absences from school have dramatically affected her grades as well as her health.
She’s not alone. Iran’s health ministry announced that 80,000 people lost their lives in 2012 due to air pollution-related diseases.
“Everything is connected like chain links,” said Dr. Behzad Iranian citizens. It’s common to see people walking around outdoors wearing masks. 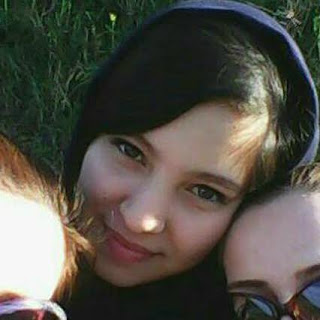 Negin Golizade of Tabriz, Iran, struggles with the smog even more because she suffers from asthma. (Provided)

Mafie, a pharmacist and drugstore owner, said, “Patients used to ask for antibiotics every year on this time and influenza was the most common illness among them, but nowadays we are dealing with a huge demand for respiratory disorder medications.”
The government is making efforts to minimize air pollution, but there is a long road ahead.
The smog forces authorities to close schools and kindergartens to reduce car traffic in cities and protect children from adverse health risks of air pollution.

“Without Car Tuesdays” is a widespread campaign to reduce smog that was started by Mohammad Bakhtiari, an Iranian architect. Tuesdays are the middle of Iranian week and it is the day that pollution peaks.

Despite these efforts, the smoke continues to choke people.
Decades of industrial growth spurred a rise in air pollution. Smog reaches dangerous levels in Iran’s major cities each winter, according to an official municipal website in Tehran dedicated to air quality.
A thick layer of smog covers the sky during this period,
causing life-threatening health problems and environmental damage, according to the website.

Smog hangs over the city of Tabriz, Iran. (Frida Zeinali/YJI)

According to experts, geography, temperature inversion, uninspected cars and low-quality fuels are among the main reasons for this dire situation.

Official statistics say cars produce 48 percent of Tehran’s pollution and motorcycles 22 percent. Uninspected cars add more pollutants to the
air by incomplete combustion.
A layer of warm air above the city traps pollution from vehicles and causes air inversion. In this case, the topography of cities can have a crucial effect. Because of this, Tehran is the most exposed city to air pollution and suffers the worst results.
Pollution also affects other cities, including Ahvaz, Isfahan, Tabriz, Mashad and Karaj.
Frida Zeinali is a Reporter for Youth Journalism International.
***
You’ll breathe easier knowing you’re supporting young writers all over the world with your tax-deductible donation to Youth Journalism International.
HelpYJI.org