SALLE, Ontario, Canada – Looking back at it now, Son, the fourth book in The Giver series, was truly incredible.

I started reading The Giver, the first in the series, early last year, with my seventh grade class. I wasn’t hooked immediately, though. It took a few weeks of class work and even a trial for Jonas, the story’s main character – that I and my fellow students put on – for the story to really sink in. 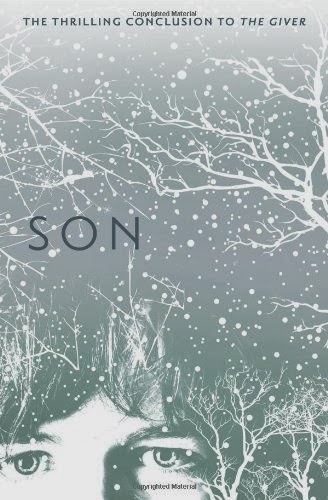 After that I couldn’t help but read the rest of the series. The premise of the second book, Gathering Blue, was intriguing, and The Messenger, which followed it, had a plot even more influenced by magic, which I thought was extremely cool.

But it was when I got to the last book, Son, published in 2012, that I was truly amazed. Author Lois Lowry managed to tie in all four books in the series and expertly incorporated a whole new character to intertwine with those stories.

One of the few characters that I had wished Lowry had developed more in the series was Gabe. Not knowing any of his background or what happened to him at the end was definitely a hardship, but he was only a baby when we last heard from him and Jonas.

That was before he was introduced in Son.

I was absolutely thrilled when I got to the part when I found out Claire was his “mother.” Reading about how empty she felt after he was taken away made me want Gabe to live all the more. And then, reading about him being all grown up brought tears to my eyes.

It is rare these days to find books in which the main character grows up as we complete the book, but I’d like to see more of it.
Lowry’s words flowed across the pages, like a river of wonder. The story she wrote blew me away.

Lauren Lopez is a Junior Reporter for Youth Journalism International.