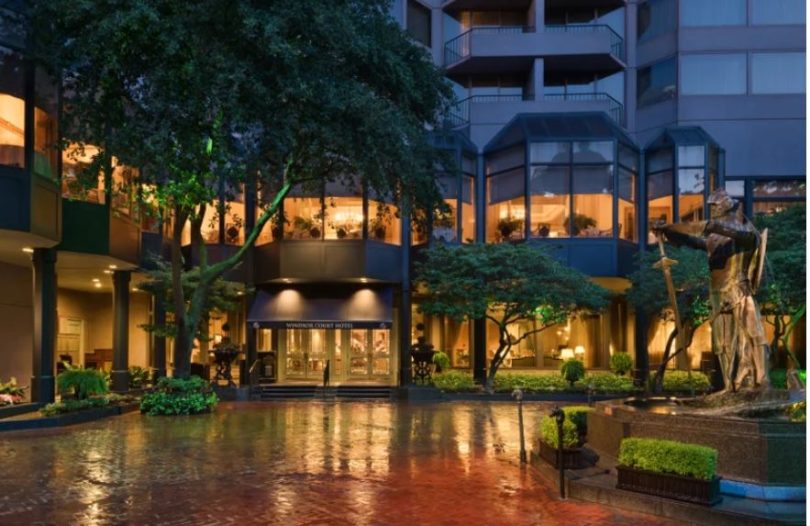 NEW ORLEANS, Louisiana, U.S.A. — Hello, my name is Jesus Manuel Diaz Jr. and I’m from Kenner, Louisiana. If you people are interested in my side of the story and what I experienced during the hurricane, I will tell you then.
Before Hurricane Katrina hit New Orleans, my family and I went to the Windsor Court Hotel, a fancy hotel near the French Quarter where my father works.
We arrived Sunday night at the hotel, but nobody knew if the hurricane was going to be just another ordinary storm that was going to pass by or something terrible. We gambled on an ordinary storm.
We were wrong. The storm – or should I say “Madre Naturalesa,” which means Mother Nature in Spanish – brought all of her strength and wrath just to destroy the poor Gulf Coast, the place where I was born.
The next day, Monday morning, Katrina arrived. All of us were at the hotel. My mother and I were on the 20th floor when it came.
The hurricane was so strong that the windows just shattered in every room. We both ran out of the room – my mother praying – but the storm just got stronger.
The hallway was so scary. One of the doors just flew open from the force of the wind, which was trying to suck it out the window.
It felt like we were in a black hole. The mirror down the hallway was moving. I thought it was going to fly right at us.
All of the power went out except for the hallways. My mother and I both felt the building was shaking as if the place was going to collapse down to the ground.
My father, a pastry chef who was baking in a third floor kitchen, came at last. All the hotel employees had to wait at the cafeteria until the storm was over.
After the storm passed, things got worse on top of not having power or any air conditioning.
Two days later, we lost water. Everyone had to fill the tub before the water went out.
Then it was getting hot and everyone started feeling paranoid. My body started to overheat and I couldn’t even breathe because we were in a closed area. Then we changed rooms and we had two balconies for air to breathe.
Then things got even worse. Across the street from our hotel, a Subway restaurant was on fire. It was the same as you saw on television – everyone from the hotel had to work together to take out all the chairs from the ballroom so they wouldn’t catch on fire.
You could feel the heat from the burning Subway coming through the windows of our hotel.
The only thing we could do was watch the restaurant fall down and burn.
At that point, some National Guardsmen told us that we could leave, but to leave together, with a National Guard escort. We waited and waited and they did come and that’s how we left.
But you know what hurts? That George W. Bush abandoned the people of Louisiana in their time of need.
All the people at the Convention Center had no food and no water.
So please listen – I’m only 14 years old. These people need our help, my hometown needs HELP!
If you people of the United States don’t help, then I’ll never forgive this country.
May the Mother of God, Queen of Peace on Heaven and Earth, and God bless you all.