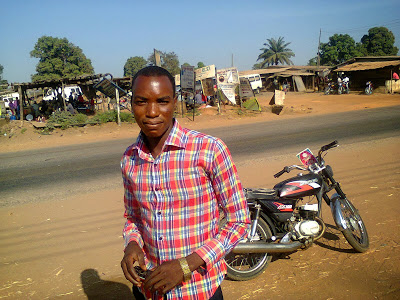 Yohanna Obadiah, who is in his first year of biology education at the Nasarawa State University in Keffi, is sick of the strike that has kept him out of class for almost five months. (Linus Okechukwu/YJI)
LAFIA, Nasarawa, Nigeria – Hyacienth Onah is increasingly becoming frustrated, despondent and disillusioned.
Onah, a physics student in his final year at the Federal University of Agriculture in  Makurdi, just wants to be in class. He would have graduated in September, but the professors at all the public universities in Nigeria have been on strike for nearly five months.
The ongoing strike by the the Academic Staff Union of Universities – the union of university professors and lecturers which closed college campuses all over the country – is making his stay at home unbearable.

The strike by college faculty has not only crippled expectations and plans for hundreds of thousands of students, but wreaked havoc on the academic calendars of at about 75 public colleges and universities.
“Honestly, the feeling of every student and me in particular has not really been good, owing to the fact that the strike and everything about it took all the students unawares,” he said.
Onah is not alone; many students share in his frustration and pains.
For Yohanna Obadiah, a first-year student of biology education at the Nasarawa State University in Keffi, the protracted strike, which began July 1, has brought him nothing but hopelessness and melancholy.
Not only does he feel exasperated about the current situation, Obadiah said, but staying at home without a job makes the whole situation miserable.
“I feel extremely sad. We have been at home for over four months now; nobody in our situation will feel happy,” he said in Hausa, a predominant language in Northern Nigeria. “Happiness is really elusive as it stands now.”
Sharing in Onah’s and Obadiah’s pains, Uche Onah, a second-year physics student at the Federal University of Agriculture in Makurdi (who is not related to Hyacienth Onah), berated the Nigerian government and the union for being insensitive to the plights of students.
“I feel sad because when the strike started, we were hoping it was something that will end soon. So, we have been very sad,” Uche Onah said. 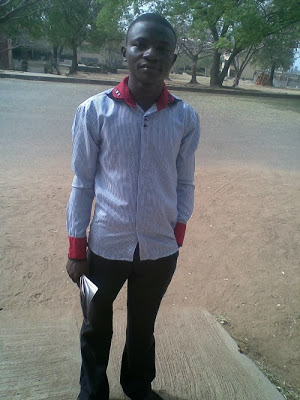 Physics student Hyacienth Onah from the Federal University of Agriculture in  Makurdi, would have already graduated if not for the strike. (Linus Okechunkwu/YJI)

According to reports in Nigerian newspapers The Punch and The Daily Sun, union officials blamed the strike on what it said was the federal government’s failure to implement agreements it made with the union in 2009 and 2012.

The papers said key areas of the agreement included increased funding for the revitalization of Nigerian universities, the establishment of a faculty pension commission and additional money to pay professors for duties not covered by their salaries.

Representatives of the union and the government, including Nigerian President Goodluck Jonathan, have had lengthy sessions already, and despite public pleas from students and others, there has been no resolution.

The two sides could meet next as soon as Monday.
Haycieth Onah still believes that after other viable means are explored and no agreement is reached, then strikes can come in handy, sort of a last resort. He also begged the federal government to always keep its own part of any agreement with the union.
Chigozie Uwaoma, who is studying biochemistry at the University of Nigeria in Nsukka, said that students should be patient with the union, and prays that the impasse will be broken.
The union is fighting a “just cause,” Uwaoma said, so students should not worry as this will lead to the betterment of university education in Nigeria. He called on striking teachers to consider the situation in the country and remember that students are becoming frustrated and hopeless at home.
As the strike continues unabated, students are glued to the mass media, hoping that very soon the news they have long waited to hear will come: that the strike is over and class is once again in session.
Linus Okechukwu is a Junior Reporter for Youth Journalism International.