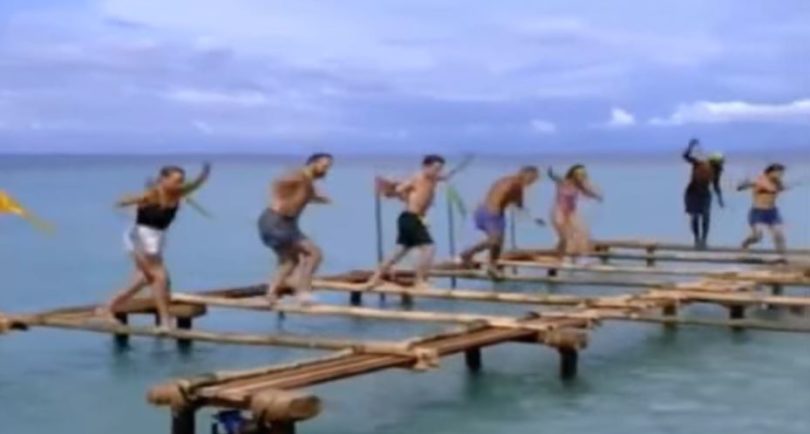 BRISTOL, Connecticut, U.S.A. — Just when you think it’s all over, here comes a whole new season of reality television, full of sex, saboteurs, and new alliances.
New “reality” programming is coming into the basic cable scene with new shows like ABC’s “The Mole,” FOX’s controversial “Temptation Island,” CBS’s infamous “Survivor: The Australian Outback,” and even UPN’s “Pop Stars.”
Apparently, the audience doesn’t mind either. The reality TV craze is making other major networks that don’t yet have these shows to scramble to keep their ratings.
It’s painfully obvious in the case of Thursday night programming where reigning champion NBC produced longer episodes of “Friends” and earlier “Saturday Night Live” to keep up with “Survivor’s” time slot.
But what makes all of this real TV still even more popular after an overwhelming season of floppy copies of “Survivor?”
The recent shows run like a weekly soap opera, with a amazing amount of suspense that plays out to an unpredictable last ten minutes of action and booting.
Throw in a truckload of money, a tropical island (shirts not permitted), some hot singles and couples, challenges, and the knowledge that every character might not last another show, and you’ve got the recipe for this current breed of “reality television.”
As cheesy and outplayed as it may seem, the recipe is like a cup of coffee in the morning. Who can live without it?
Maybe the election was one you could live through without watching, but throw in some hot singles trying to break up Bush’s or Gore’s marriage, and you get hit news ratings.
In the end, shows like “Survivor” and “The Mole” are all politics. Be as devious as possible, win the “election” in any way possible, while controlling and manipulating your peers to work for you to save your butt rather than against you.
Unlike the presidential election, it doesn’t matter if the audience likes you in the end. Besides, the networks get better ratings if they don’t like you.
Politics can only take up 10 minutes at most of these shows, but the “real” characters and their interactions are what makes the successful show in the end.
Every reality show, even MTV’s original — and still popular after almost 10 years — “The Real World” and “Road Rules,” has an eclectic taste of almost all walks of life.
Discrimination doesn’t even stand a chance when casting the characters in these shows.
Where else do you get to see middle aged mothers, young frat boys, successful businessmen, and partying players all trapped in a house or island? With that kind of mix, anything can happen.
And it’s obviously what makes people come back every week to tune in.
With that element of surprise each week, these shows keep a dedicated viewer base, because let’s face it, who wants to miss the moment where the characters first form an alliance, when they skydive off that airplane, or when they discover who that Mole really is.
The drama that ensues with each critical decision draws the masses in as their favorites disappear in a moment’s notice.
Of course, no one really disappears. Reality shows, at their peak, create instant 15-minute celebrities.
In the end, reality shows may be a passing phase, so enjoy it while you can. You can only see heartbreaks and million dollar rewards for so long.
As to who will survive the island, who is the real mole, or who makes the cut? Only time and alliances will tell.