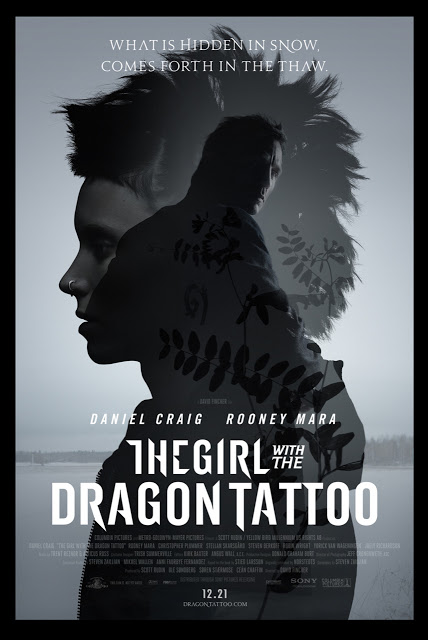 NEWARK, New Jersey, U.S.A. — The story of The Girl With the Dragon Tattoo has captivated audiences twice already with Stieg Larsson’s Millennium novels and their Swedish film adaptations.

The Swedish film by director Niels Arden Oplev opened to critical acclaim from international as well as American critics. So it came as a surprise that despite the success of the series, David Fincher decided to create his own adaptation.
Personally, I had very high expectations for this film given Fincher’s other amazing movies such as The Social Network and Fight Club.
Now that The Girl with the Dragon Tattoo is available in theaters, it is safe to say that it is a beautifully shot and gripping film with terrific performances from every actor and actress involved.
Daniel Craig plays Mikhail Blomkvist, the investigative journalist in Sweden called in from a remote island by a mysterious industrialist, Henrik Vanger (Christopher Plummer), to solve the decades-old mystery of his missing niece. Blomkvist is aided by an assistant, Lisbeth Salander (Rooney Mara), a sly hacker with piercings, tattoos and a terrible haircut.
There is more to the plot than that — so much that two long trailers were created to familiarize audiences who haven’t read the book or seen the Swedish film.
Yet one of the drawbacks of the film is that it is difficult to follow the progress of the investigation. It is a film that demands your full attention and it’s almost two and a half hours long.
So pick a comfortable seat.
The most unique character in the film is Lisbeth. She’s an angry, violent, isolated computer hacker. You are drawn to her character from the beginning and you miss her terribly in the scenes she’s not in.
Her performance could be enough to nab Mara an Oscar nomination.
Finally, the cinematography is absolutely breathtaking. It’s eerie, dark, and haunting. Snow, ice, and black trees create this suitable chilly backdrop for this terrifying mystery.
Hollywood, beset by escalating marketing costs, is retreating into sequels, remakes or films based on bestselling novels.
Even though this film is based on a novel, it still manages to be creative and original in its execution. Other than a disappointing ending (which I won’t give away), the movie is definitely worth watching. I highly recommend it.
One last thing:  the film is not age-appropriate for any but the most mature viewers. Some scenes are definitely not suitable for the younger audience. Parents beware!
Gokce Yurekli is a Reporter for Youth Journalism International.