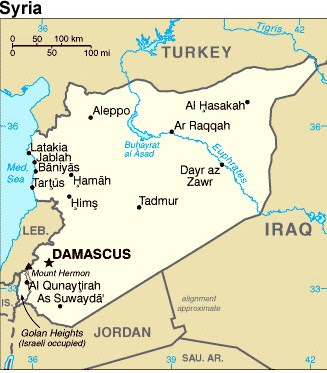 Due to the dangerous situation in Syria, especially for journalists, Youth Journalism International is taking the extremely rare step of withholding the name of this writer, who is a teenager in a Syrian city. We are grateful for the bravery this writer shows by speaking out and we are glad to be a platform for these words. We know who this young journalist is, but we cannot justify putting our student in harm’s way by publishing identifying information such as name, gender, age or address.

By A Young Syrian Citizen

Junior Reporter
Youth Journalism
International
SYRIA – Most of you are hearing about what is going on in Syria and the terrifying conditions the Syrian people are going through, but nobody actually know what’s it like to be in the center of the current events, to see all these people on TV talking about your country while you hearing the sounds of guns and explosions near your house, expecting the approach of death any second.

Any adult would be frightened. Then what about the children? Think how they feel going through this horrible experience, with no electricity in some places and barely enough food and medicine.
Sara is an honor student (I won’t mention her last name due to security reasons) who was studying in her room when a bullet penetrated her head and caused her death.
Sara never harmed anyone. She was just 12 years old and yet, according to the government, she deserved to die.
The saddest part is her mother’s face after knowing that her daughter has left her all alone facing the horrible news.
Sara’s story is one of many thousand other stories in a country where children are denied one of their essential rights, which is the right to live.
No one knows what’s next to come, especially with the reports that the government next may use chemical weapons.