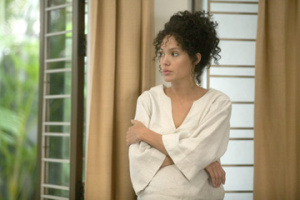 BRISTOL, Connecticut, U.S.A. — Docudramas aren’t for everyone. Personally, I am always compelled to go see them, but usually end up unimpressed. Perhaps there is something about knowing the ending that bores me.
A Mighty Heart is different.
Angelina Jolie portrayed Mariane Pearl so brilliantly that I was glued to my seat. Jolie captured Pearl’s inner strength and endearing sense of hope so well that it was almost contagious. I was so caught up in what was happening on screen that it didn’t matter to me that I already knew the movie’s tragic conclusion.
A Mighty Heart is based on the memoir that freelance journalist Mariane Pearl, the widow of Wall Street Journal reporter Daniel Pearl, wrote for her son Adam. 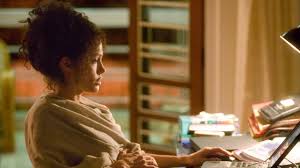 The couple traveled to Karachi, Pakistan to report on Middle Eastern affairs after the terrorist attacks on September 11, 2001. By January of 2002, Mariane was five months pregnant and although there was still tension in the region, most of the major riots had ceased, so the couple was scheduled to return home.
Daniel Pearl was determined to land one more interview before leaving.
When Pearl didn’t return home that night, his wife turned to the Pakistani police for help. The police used Pearl’s phone records to create a list of suspects. Many of the cell phone numbers and email addresses used to contact Pearl about the interview were disconnected after his disappearance.
It quickly became evident that Pearl’s disappearance was an elaborate and calculated plan. The CIA soon got involved, but many of the leads in the case turn into dead ends.
The kidnappers emailed photos of Pearl, showing him shackled, with a gun pointed at his head. They demanded better treatment of prisoners held by the U.S. government in exchange for more humane treatment of Pearl.
Mariane Pearl noticed that her husband smiled in the photos and reassured herself that he was telling her that he was okay.
\According to Mariane Pearl, her husband wasn’t a religious man, but he was Jewish by birth and would never deny this if anyone asked him. A Pakistani official in charge of the investigation advised her not to tell anyone of his religious background in fear that he would be killed because of it.
Pearl had been missing for about a week when a videotape emerged showing him being beheaded.
Upon hearing this Mariane locked herself in her room and fell to the floor screaming. This is the first time in the movie that her resolve broke and she allowed herself to grieve.
Mariane Pearl was interviewed shortly after the death of her husband and she reminded television viewers that 10 other Pakistanis were killed that month in addition to her husband – and mentioned that their families were grieving as well.
When asked if she had seen the video, Mariane Pearl replied in French, “Have you no decency?” Then she stormed out of the room.
Overall, the movie is definitely worth seeing. However, at times it was rather difficult to keep track of all the suspects’ names and what role they had in Pearl’s kidnapping and murder.
The cast did an amazing job of preserving Pearl’s memory and showing what lengths journalists will go to find the truth.