TERRYVILLE, Connecticut, U.S.A. — Forget reading a novel for homework and writing an in-depth analysis of it the next class. Stefan Koski went much further – he wrote his own.

While other teens his age might have trouble finishing a book, never mind writing one, the 17-year-old Terryville High School junior sat down and wrote “The Underclassmen Years,” a self-published book dedicated to satirizing his school.

“This book was an idea I had my freshmen year,” said Koski.

Then, he got it into print. After initial opposition from his parents, months of jotting down his experiences at school, and a struggle to find a willing publisher, Koski found safe harbor in Hats Off, an independent publishing company in Arizona.

Despite the difficulties, Koski had a mission in mind, and that was to present a “real human story” that would reach out to his peers and maybe a broader audience.

The book reflects on Koski’s experiences as a student at Terryville High School. Though the events he faced were localized, the lessons and discoveries he derived from them were written in a humorous, sarcastic, and witty enough way to make any teenage high school student laugh and read on.

Koski sums up his attitude brought fourth by his book by saying that there’s “nothing glamorous” or “spectacular about being in high school.”

His days walking the halls of Terryville didn’t provide him with any “glory days of youth.”

Despite Koski’s personal take on his experiences, he playfully touched upon such controversial issues as suicide, drugs, lack of culture, and lack of diversity that threatens his school.

From Koski’s perspective, all of these issues plague Terryville High’s classrooms, staircases, students and teachers.

In publishing the book and making it widely available, Koski wanted to prove to the world that there’s something wrong at Terryville High School and that he’s not insane for believing that there is.

“Pharmaceutical tendencies” was among the interesting and questionable activities that linger in the hallways, bathroom stalls of the high school, and pages of his book.

It boggles and bothers Koski to point where he asks himself, “Are there other highs schools that are normal or is everyone having random sex, using drugs, and committing suicide?” Who wouldn’t want to find that out?

It sounds like a crazy adventure waiting to be grabbed up in an instant.

While Koski continues to ponder the sad state of his school, he was able to say that overall the release of his book gave him a sense of “delayed gratification.”

The writing process for the teen was grueling. He described it as a “love-hate relationship.”

But to finally see the finished and polished product and hold it in his hand was a personal achievement for Koski.

Koski has more ideas ricocheting in his head, and his days as an author are just beginning.

After the grinding process that forged his first work, “to finally get to this point” was “thrilling,” he said.

Koski said he found the publishing company “committed to the vision” of his book.

It is evident in the cover art, which depicts a blurry image of student walking aimlessly passing lockers and students. Koski called the publisher’s photo choice “a very connecting image” because the student in the picture could be anyone.

That’s the whole point of his book, to appeal to a wide audience with his portrayal of the reality of his world. The book is available now on Amazon.com in the United Kingdom, Germany, Canada, Japan, and in the United States.

Joe Keo is a Reporter for Youth Journalism International. Stefan Koski, who wrote the book excerpt below, is also a YJI reporter.

I’m not saying that it’s a boring class. Well, I am, but it’s just that with all the other things that we have to deal with on a daily basis, it’s nice to be able to space-out for once through something that’s largely irrelevant. Or at least you try to. We have a biology teacher who is a little out there.
Good teacher, mind you. I just think that when God was handing out brains, our biology teacher got one that had a little label on it that said, “Do Not Use if Seal is Broken.” And it was. And he did.
It does keep things interesting. Every now and then, you’ll be dozing, trying to find a comfortable position at the impossibly uncomfortable desks. I had one of these old school desks left over from the sixties (as evidenced by the substandard workmanship) in the back of the room.
The seat was a bland, yum-yum yellow shade, and the legs curved down and around the basket. It was more or less a table mounted on top of a sled. The temptation to steal it and take it down a frozen, snow-covered hill was enormous. (Unfortunately, someone else stole it before I got the chance. Possibly one of the janitors.) You’re sitting back there, your eyes barely open, your head pressed against the side bar as you slouch down as far as possible. You’re just at that point that you might fall asleep, and you hear the teacher say something like, “People! It’s hard to kill a deer with a stick!” Okay, I’ll bite – what is it that you’re trying to teach?
You would be amazed as to how easy it is to fall asleep in that class. At no time was it easier than at the beginning of the year, when the heat of summer and the wearisome lecture of the day made for an unmitigated snooze-fest. “Fallasleepa-palooza,” if you will. No matter how hot it was outside, it was forbidden to open the windows, so as to not let the hot air in. This, in our instructor’s logic, kept the room cooler. How, then, did it become the most sweltering enclosure in the entire school? I’m not sure if this guy is familiar with the theory of the greenhouse effect, but I think someone should enlighten him. The whole thing made drowsiness unavoidable. I remember sitting there in the back of the room on one such day, during fourth period. We weren’t allowed to put our heads down on the desk, so I was doing my best to prop my head to the side on my right arm. In that position, the Sandman was more than happy to come over and slap me silly.
What felt like several hours later, I awoke from an otherworldly getaway. My first speculation was that, judging by what my senses told me, it was sixth period, and that this day was lasting for several eons on end. I then noticed that I was considerably famished, and wondered to myself as to how I could have possibly forgotten to eat lunch during fifth. Then I looked at the clock. “Dammit! We’re still here? We’ve been here forever!”
Two years of high school was all it took to mess up every aspect of my sleep cycle. At the same time, my dreams started becoming more realistic and reality started becoming more unreal. Yes, I will admit it. Call me crazy, but I’m having more and more difficulty distinguishing the difference between what’s reality and what’s not. 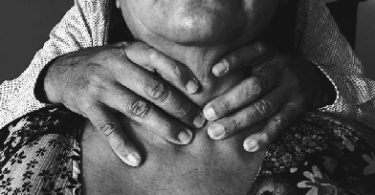