LA GRANGE, New York, U.S.A. — Lucky Number Slevin, directed by Paul McGuigan, is movie that wants to be cool, wants to be stylish and wants to be complex in the way modern classics such as Pulp Fiction were genuinely cool and stylish.
This new film stars Josh Hartnett as Slevin, an average joe who is accidentally thrust into a battle between two crime bosses, The Boss (Morgan Freeman) and The Rabbi (Ben Kingsley).
The bosses both mistake Slevin for Nick Fisher, a friend whom Slevin came to live with after a string of bad luck. Turns out Nick Fisher owed The Boss near $100,000, meaning that now, since Fisher’s disappeared, Slevin owes The Boss almost $100,000. 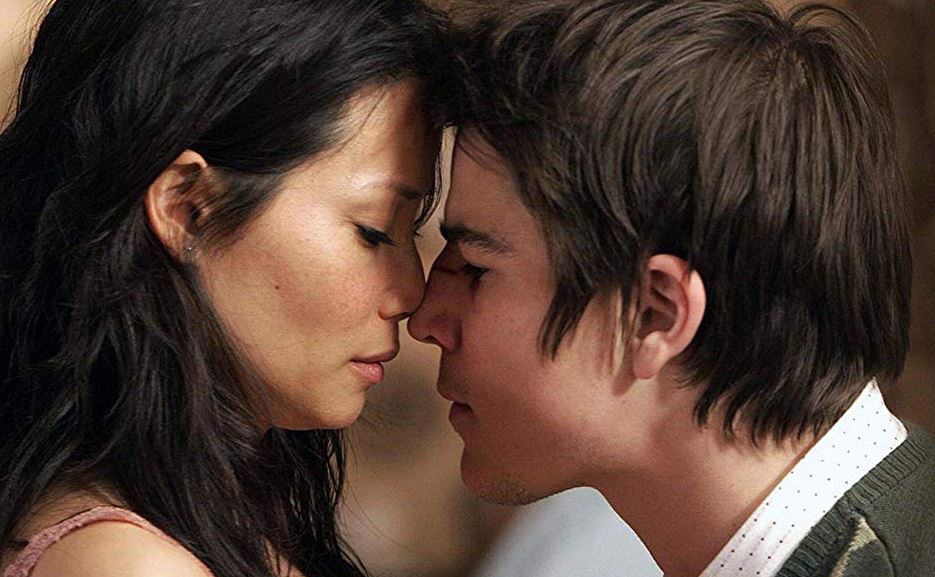 Joining this all-star cast is Bruce Willis as Mr. Goodkat, a professional hit man whose actual motive and agenda is a mystery, while Stanley Tucci makes an appearance as a cop, whose purpose in the film is one of the most shallow in the history of film.
At the film’s conclusion, the viewer sees that Tucci’s character is and was nothing more than an input used as a catalyst for the “mind blowing” conclusion to this mind blowingly “faux-complex” piece of pulp garbage.
Of all of the well-known actors in this film, Lucy Liu gives the truest performance, playing the cute neighbor Slevin encounters while living in Nick Fisher’s apartment.
The screenplay, written by Jason Smilovic, is simply terrible.
Nearly every character goes off on ridiculous tangents in which they talk about nothing at all. And where this was made into an art form in Tarantino films like Pulp Fiction, Jackie Brown, and Kill Bill Vol. 2, Smilovic’s attempts fall flat and obscure, exuding laughter rather than admiration.
Along with the sluggish script is the inspiringly off-key direction by the very talented McGuigan, whose films Gangster No. 1, The Reckoning, and Wicker Park (his first film with Hartnett) were all underrated and all bring a style and patience not found in most movies.
McGuigan does not achieve the same style or patience in this overly written, over acted, over boiled caper. This movie is silly and dumb, with a conclusion that would patronize a snail.
Having said all of that, there’s no doubt that Lucky Number Slevin was one of the best times I had at the movies in a long time. 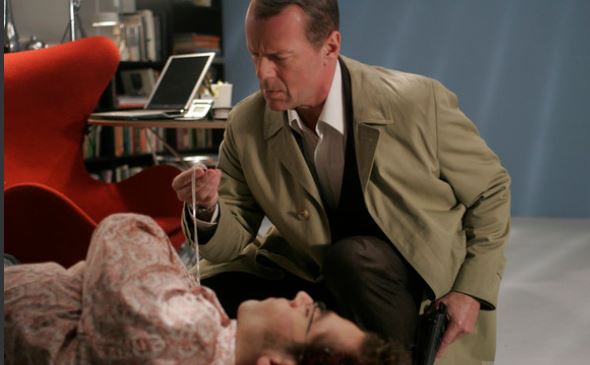 For all of its terrible monologues and clichéd twists and unnecessary violence, the movie is simply ridiculous in a way I doubted could be achieved.
From the first scene in which Bruce Willis explains to a random young man in an airport the art of the “Kansas City Shuffle” using stupid, corny lines that no human, or Martian for that matter, would ever utter, the viewer gets a sense of the kind of film to come.
Hartnett is satisfying in his role as Slevin, acting cool and cocky and confident throughout all of the mishaps and torture he endures.
It seems as if Hartnett knows what this movie is and has decided to have fun with it. The same can be said for veterans Freeman, Kingsley, and Willis, all of whom camp it up without any disregard for the films past that gave them their respected names.
To take this film seriously would be shameful on the part of any viewer. Watch the movie enjoy it for what it is: a deliciously excellent wannabee film that pulls out tricks and turns from countless A-movies, creating a campy, shallow, pretzel wrapped B-movie with A-list actors to go along with probably the worst title in the history of cinema.
In the end, this is the best bad movie I have ever seen and I recommend it to anyone who wants to laugh at the movie’s ridiculousness, admire Hartnett and Liu’s charm and chemistry, marvel at the utter downfall of Freeman, Kingsley, and Willis, and find yourself at the edge of your seat at the end of this piece of trash, waiting for the next twist, only making your smile grow and your laughter get louder.