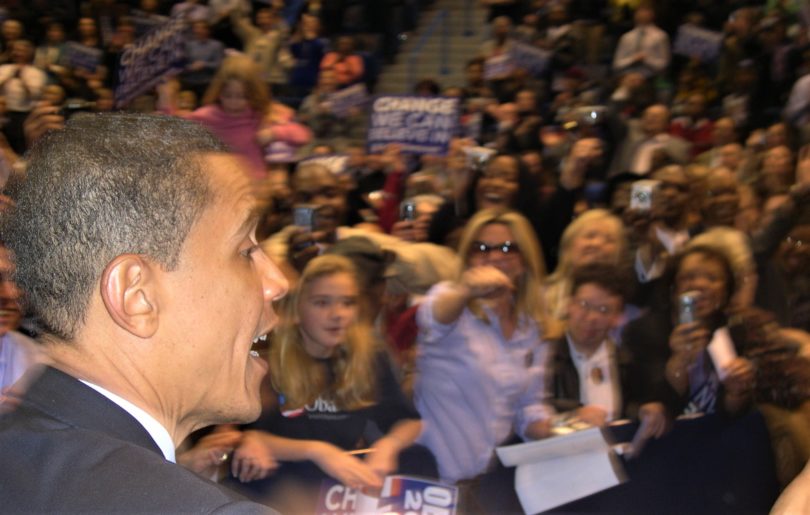 Some people like watching cricket or tennis, but to me, American politics is the very best kind of spectator sport.

Numerous fascinating parallels can be drawn between Australia and America, and on behalf of the politically apathetic Antipodes, I must say, the United States sure knows how to mix business with pleasure.

Personal lives, characters and familial relations are all put on the line for a vote, and in a war of words, there’s a preordained quota of sound-bites for any one candidate.

There was the boost in the popularity polls, with some commentators proclaiming Palin as a major drawing card for straggling Hillary Clinton supporters – as if to suggest that a common wardrobe allows for major policy differences to be completely skirted over, pardon the pun.

The Democrats couldn’t touch her without being labeled sexist, and unable to play hardball, Barack Obama and his running mate Joe Biden were walking on rhetorical eggshells.

Meanwhile, Palin herself was enjoying the heads-up, as Obama’s supposed lenient stance on terrorism and Russia were defiled by the vice-presidential nominee with fervent ferocity. If only her aim had been as accurate as it was when she downed that Alaskan moose – the remarks proved costly, with more bark than bite from the ‘pitbull.’

Before long, the honeymoon was over, and thanks in part to the deft comedic stylings of Tina Fey, Palin’s true right-wing potential was uncomfortably exposed.

Her attacks on the ‘Washington elite’ media set proved foolish, as her selective televised interviews providing adequate fodder for public relations attacks, and despite allusions to her being assorted livestock with make-up (dogs, pigs, the whole barn…), Palin couldn’t keep up the momentum.

McCain, meanwhile, was lingering in the shadows of his controversial running-mate, and failing to connect. Debates with Obama illustrated his inability to persuasively represent his own policies, as the most recent encounter between the two revealed the Democratic nominee’s most used work as ‘think,’ and his Republican counterpart’s as ‘Obama.’

The essential sentiment of each campaign was effectively epitomized by the verbal trends – Obama’s pro-change slogans are striking a chord, whilst McCain languishes behind unsubstantiated personal critiques.

Blinkered and exceedingly outdone by his finessed rival, McCain’s campaign has also been hampered by the metaphorical elephant in the room – the form of cancer the aging candidate had has a high rate of relapse and short-term recovery period, so in effect, a vote for McCain really could make the first female American president.

And citing Russia as an antagonistic neighbor, it seems Palin might be too much Cold War iron maiden for the moderate majority.

So, all that remains is for Obama to convert Virginia and his popularity polls into electoral votes, and cartoonists of the world will have a new plaything.

Forget relevant policies and sound political insight – I swear the best endorsement a candidate can receive is the Oprah vote.

Alex Patrikios is a Junior Reporter from Australia for Youth Journalism International.