Piqua, Ohio, U.S.A. – Today was supposed to be an exercise in democracy, an example of how irrevocably stable the United States is, a shining city on a hill.

The electoral college votes would be reaffirmed, despite some contention among the more radical Senate Republicans.

Instead, today’s proceedings came to an abrupt halt, as rioters – waving Trump flags and carrying guns – broke into the U.S. Capitol with the intent to harm. They stormed our nation’s center of government, broke windows and fought police officers.

The violence led to at least one person’s death. These conspiracy theorists, fanatics, and knuckle-dragging authoritarians are not protesters.

In no way would their coordinated violence and contempt for human life be described as “civil disobedience.” What we saw was domestic terrorism on a scale unlike anything in modern history, egged on by Donald Trump, our terrorist-in-chief.

Trump exacerbated every element of Wednesday’s chaos. Time and time again he poured fuel on the fire, choosing havoc over peace.

He called journalists the “enemies of the people,” claimed Mexicans were “rapists” who were “bringing drugs” into the U.S. and consistently claimed the 2020 election would be stolen from him.

In November, Biden crushed Trump electorally. Rather than behave like an adult and accept defeat, he crafted an alternative reality in which the Democratic Party orchestrated a coup against him, and were ushering in the death of America.

In tandem with a menagerie of spineless cowards – U.S. Senator Josh Hawley and U.S. Senator Ted Cruz among them – disinformation was spread from the White House,  and on the ground, people listened.

Since Trump’s 2016 victory, domestic terrorism has become more common. Overwhelmingly, the perpetrators were on the far right, emboldened by Trump’s call to “Make America Great Again.”

These domestic terrorists adorn themselves with symbols of America without any consideration for the ideals behind them. When the American experiment no longer serves their interests, they would see the United States destroyed, so they could keep the ashes.

Trump is a fascist, and his movement is one built upon the tenets of fascism.  By storming Congress – a symbol of democracy for hundreds of years – Trump and his supporters show themselves for who they truly are.  They reveal not only who they are, but the dark underbelly of the United States.

As writer Hunter S. Thompson said about President Richard Nixon, they “speak to the werewolf in us. The predatory shyster who turns into something unspeakable – full of claws and bleeding string warts – on nights when the moon gets too close.”

Trump has unleashed that werewolf, and it might never be caged again. 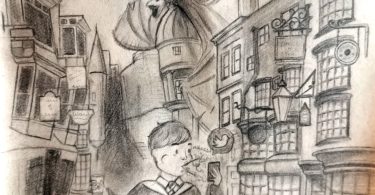