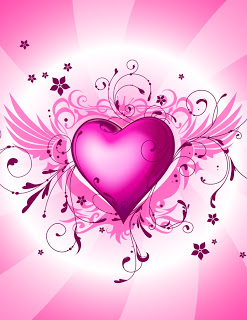 LONDON — February 14th. Seemingly just another day on the calendar, but no. The day of Saint Valentine, chosen as the ‘most romantic day of the year,’ is a day for wining, dining, giving and fighting.
For those of you who didn’t know, celebration of Valentine’s Day has been around long enough to warrant mention in Geoffrey Chaucer’s writings in the High Middle Ages.
Valentine’s Day isn’t celebrated worldwide.
In Wales, instead of (or on occasion, as well as) Valentine’s Day, they celebrate St. Dwynwen’s Day on the 25th of January.
In Finland and Slovenia, it is known as ‘Friendship Day,’ designed to celebrate the close bonds of friendship, rather than romantic love.
In Denmark, Norway and Sweden, the traditions only became popular due to mass advertising by various consumer industries such as florists.
Despite its less than perfect origins, Valentine’s Day has become the day to show that you can be romantic.
Cards, chocolate, presents, dinner and many other tokens are used to prove to your sweetheart that you love them. The valentines industry is worth millions, if not billions, of dollars worldwide.
But is it really a day we should be celebrating?
Granted, it is nice to know that you can expect a romantic day once a year, particularly if you have an innately romantic partner.
But rather than encouraging them to believe that it is acceptable to show they care just once a year, shouldn’t we expect more of them?
Now, I’m not suggesting that it become mandatory for a romantic dinner once a week, and flowers at least once a month, but love is not something fleeting. It doesn’t just happen for one day a year, and certainly not because we are told it should.
Whilst I applaud the efforts made on Valentine’s Day to show love among couples, I am sure that I cannot be alone in wishing that the same affection was shown more often.
Still, here’s to love at any cost, even if it is only demonstrated once a year.
So, Happy Valentine’s, and I imagine it will be the most romantic day of your life, at least for another year.

Madison Pollard is a Reporter for Youth Journalism International.