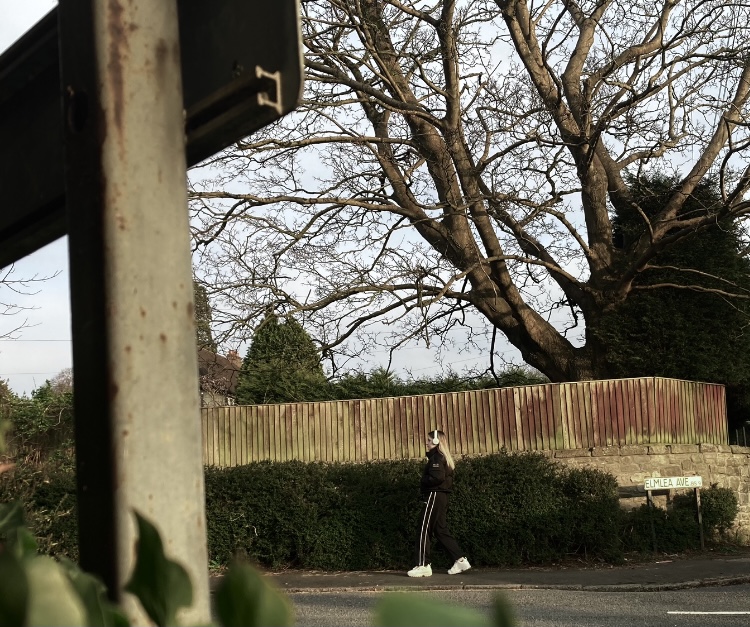 A walk along the road can feel - or be - dangerous. (Emily Fromant/YJI)

Bristol, ENGLAND – Sarah Everard, a 33-year-old marketing executive, disappeared in London, England, on the evening of March 3. Her body was found seven days later, about 55 miles southeast of London.

Investigators arrested Wayne Couzens, a 48-year-old officer with the Metropolitan Police on March 9, charging him with Everard’s kidnapping and murder.

Everard’s killing – and the reality that she is one of many victims – is spurring women here to protest violence against women and speak up about their own experiences with sexual harassment and fears of walking alone.

In interviews with Youth Journalism International, four young women attending the University of Bristol in England talked about the impact of the Everard case and the possibility of violence that they face daily.

“I think the Sarah Everard case is particularly unnerving because she did everything right to keep herself safe,” said Jessica Harris-Cardwell of Coventry. “She wore bright clothing, called her boyfriend on the way home, and still got murdered.

The only way for women to actually be safe is for a complete shift in society to take place.

“It very much shows the futility of all the little things we do to keep ourselves safe,” Harris-Cardwell continued, “all the ‘text me when you get home!’ messages and keys between fingers and number plates of Ubers send to your friends, just in case something goes wrong. It shows that the only way for women to actually be safe is for a complete shift in society to take place.”

Student Ellie Devic, of Manchester, England said she hopes people will learn from those who are finding the courage to speak out.

“It has been so validating and comforting knowing that the things I have experienced – the uncomfortable situations and fears – are experienced by so many other women across the world,” Devic said. “It is upsetting, but also makes you feel less alone.”

Marine Saint of Durham, England, said she feels more vulnerable at night because there are fewer people around, so she always walks with someone else and sticks to well-lit roads.

“When it’s dark and quiet, it feels like I am more likely to be followed or harassed,” said Saint.

“I’ve pretty much avoided walking home alone at night since moving to Bristol,” said Bea Trevor-Harris of Plymouth, England. “My cousin has walked me back or my guy friends, or I’ve avoided going out altogether. I always have a rape alarm on me. The feeling of being vulnerable in the dark alone is an awful feeling and I hate it.”

Walking alone at night has always caused her anxiety, said Harris-Cardwell. As a high school student, she worked part-time as a waitress.

When she worked as a waitress in high school, she said, she was scared to walk home alone.

“I’d be getting two buses home at around 10-11 p.m. and would always be really hyperaware of my surroundings and any men who were on the same buses or walking in the same direction as me,” Harris-Cardwell said.

If a man got off the bus at the same stop as she did, Harris-Cardwell said, “I’d automatically think, ‘Okay, if he starts following you go into the shop over there or the pub down the road and don’t go home so he doesn’t find out where you live.’”

While it might sound “kind of paranoid,” Harris-Cardwell said, a lot of women will understand how quickly a situation can turn scary.

When she walked home from high school in Durham, Saint said, “I experienced being beeped at by vans going past, which made me feel uncomfortable about wearing my school uniform and being alone.”

Her perspective changed once she started at university and realized how ingrained misogyny and sexism into the way women are spoken about, Saint said.

“I remember one occasion the boys I was living with were completely making fun of a sexual assault case that had taken place near my halls and the lack of respect they had for this female student simply because they didn’t know her really spoke volumes,” said Saint.

Harris-Cardwell said misogyny is too often disregarded as just a joke.

“So many women are demonized or labelled as ‘bitches’ for being outspoken about their rights or refusing to put up with men’s sexist behavior,” Harris-Cardwell said. “Unless men are willing to actively help women, change their behaviors and advocate for our rights, too, there’s only so much we as women can do.”

Even though she’s lived most of her life in a safe area, Devic said, she’s still been approached by strange men asking her where she’s going.

“Regrettably, I would answer their questions because I wasn’t aware of their malicious or generally creepy intent,” said Devic. “I have been catcalled in broad daylight a few times, too. And the phrase ‘not all men’ to me seems like a way for men to escape guilt and for them to victimize themselves, which to me is even more suggestive that they could be dangerous.”

Yes, not all men rape women – good for them, pat on the back, but by saying ‘not all men,’ you’re taking the attention away from the people in need.”

Trevor-Harris had no use for the trending hashtag “not all men,” which she compared to people refusing to say ‘Black Lives Matter’ and instead saying ‘all lives matter.’

“Yes, not all men rape women – good forthem, pat on the back, but by saying ‘not all men’ you’re taking the attention away from the people in need. If one house is on fire, we don’t pour water on all the houses not burning.”

The hashtag, she said, is comical.

“The fact that these men are so butthurt because women are calling out sexual harassers instead of empathizing with them says a lot about men,” Trevor-Harris said. “If we see a swarm of sharks, our initial reaction is to swim away – even though most sharks won’t hurt us.

“Same goes for women, people of color and LGBTQ+, when we see men, we aren’t going to be able to distinguish between the ‘good guys’ and the others, thus we say ‘all men,’ hold keys in our fists, carry rape alarms,” Trevor-Harris said. “So yes, it’s not all men, but that doesn’t matter. Because when in danger, we can’t tell the difference.”

Emily Fromant is a Reporter with Youth Journalism International.