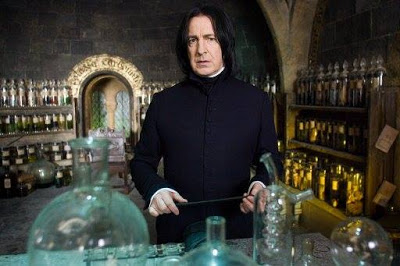 LAHORE, Pakistan – From a logical standpoint, feeling devastated by the death of an actor seems odd. You’ve never met that person, never talked to them and don’t even know half the things about their real life. All you’ve been exposed to is that actor’s screen persona, their portrayal of a fictional character.

But Alan Rickman portrayed his characters so authentically that today, I feel as if I’ve parted from a dear friend.

While the world is undoubtedly shocked by the actor’s sudden death from cancer, it is the Harry Potter universe that felt a tremor run down its core as the news of Rickman’s death reached fans across the globe.

Initially a man of theater, he went on to play acclaimed roles such as that of Hans Gruber in Die Hard and Sheriff of Nottingham in Robin Hood: Prince of Thieves. However, for me, and so many others, he will forever be remembered as the hook-nosed Potions professor we never expected to grow so fond of: Severus Snape.

Throughout the day, Rickman’s co-stars continued to pay heartfelt tributes to the late actor.

Daniel Radcliffe, who plays the protagonist Harry Potter in the movies, wrote on his Google+ account that Rickman was “one of the greatest actors I will ever work with.”

“As an actor he was one of the first of the adults on Potter to treat me like a peer rather than a child,” Radcliffe wrote in his tribute. “Working with him at such a formative age was incredibly important and I will carry the lessons he taught me for the rest of my life and career.”

In the end, it was Harry Potter author J.K. Rowling herself who aptly summed up on her own Twitter account what so many of us are experiencing right now. “There are no words to express how shocked and devastated I am to hear of Alan Rickman’s death. He was a magnificent actor & a wonderful man.”

As for me, I grew up with an immense dislike of the character of Professor Snape in the books, and in the movies.

Rickman’s physical get-up, coupled with his flawless acting, made it hard not to do so.

Radcliffe addressed this, too, in his tribute: “People create perceptions of actors based on the parts they played so it might surprise some people to learn that contrary to some of the sterner(or downright scary) characters he played, Alan was extremely kind, generous, self-deprecating and funny.”

But as the story line progressed over the years, and I matured, those strong negative feelings developed into a grudging acceptance and later, admiration.

And so it comes to my understanding that this is precisely why the death of a beloved actor feels so devastating.

Their on-screen personas help you grow, teach you a plethora of life lessons and inevitably claim a special place in the depths of your heart.

Alan Rickman may be gone, but he will stay in that special place in all our hearts. Always.

Hafsa Ahmed is a Reporter for Youth Journalism International. 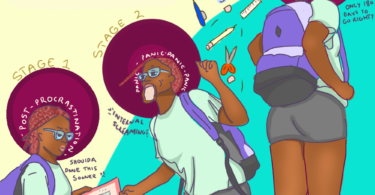