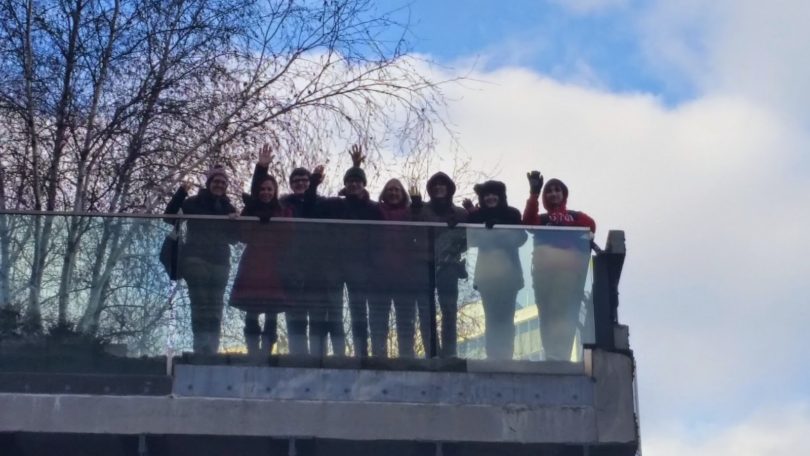 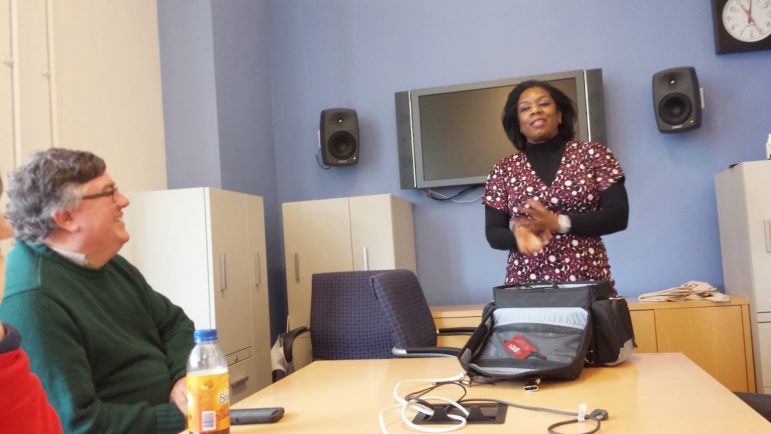 NEW YORK, N.Y. – Early Tuesday, a small group of Youth Journalism International student reporters and a couple of advisors took off from Connecticut for a day in New York City. Before the end of our day, we’d connected with YJI Ambassador Karen Rouse and five wonderful alumni who are now working in New York.

At our first stop, WNYC, we met up with alums Natalie Ponte and Brian LaRue. At the station, we got a tour from Karen, a longtime friend who is a reporter there. She took the time to talk with all of us about her
transition from being a print reporter for newspapers to being an on-air radio reporter.
We popped in on The Brian Lehrer Show, a popular morning call-in talk show, met some nice folks in the newsroom and drank in all the cool technology there. Alan Burkholder’sstory about the station visit is here. 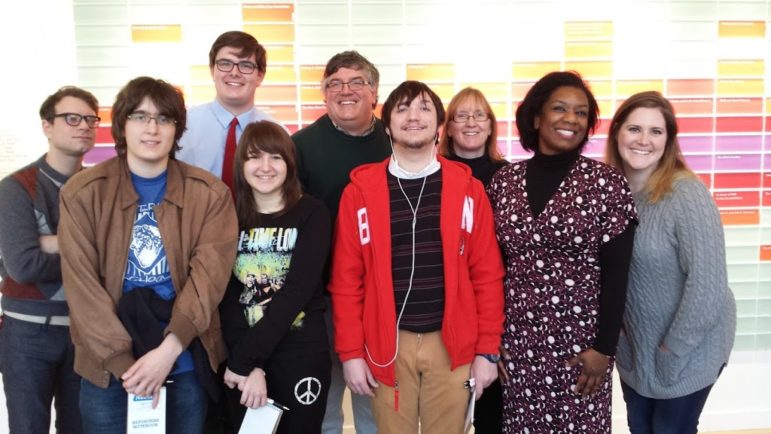 After we got a few pictures, we left, since Karen had a busy news day, and we walked to Bleeker Street, where we met up with alums Michael Nguyen, Rachel Jennings and Jennifer Rajotte at Keste Pizza.

Some of the alums were meeting each other for the first time.

Since YJI first started working with young journalists in 1994 – and it wasn’t yet called Youth Journalism International – a lot of writers, artists and photographers have been part of it. 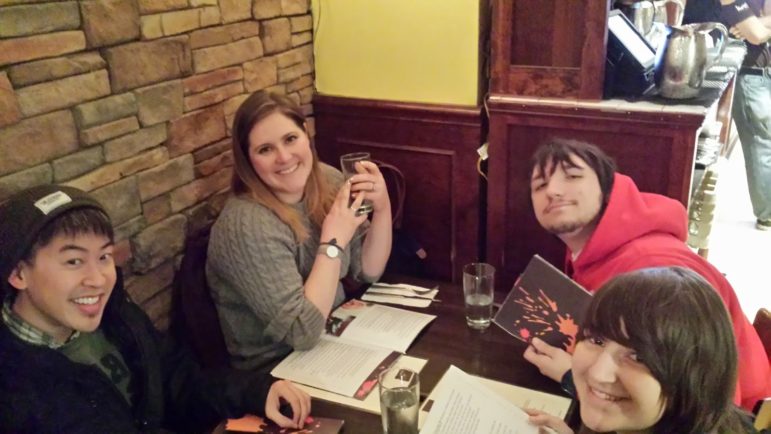 The Boston University table. From left: YJI alums Michael Nguyen and Natalie Ponte, who are BU alumni and Alan Burkholder, in his second year at BU and Yelena Samofalova, recently accepted to the school. (YJI) 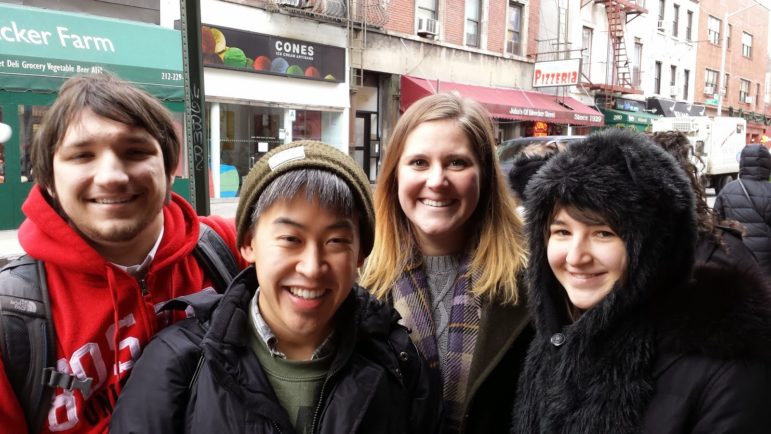 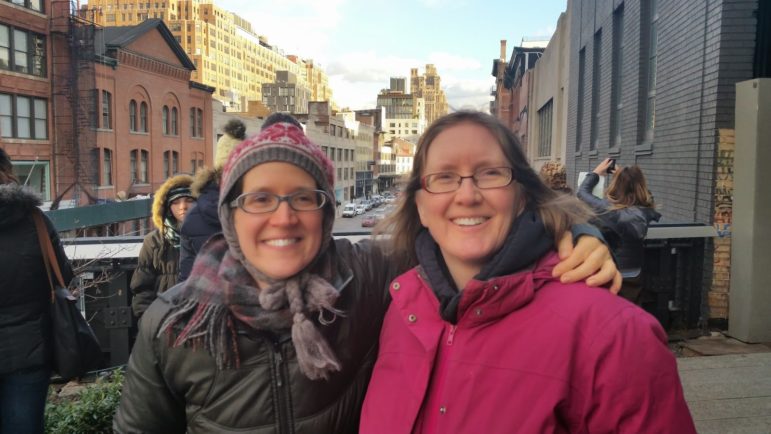 YJI alum Rachel Jennings, who wrote for the organization in 1994 and 1995, and YJI co-founder Jackie Majerus. (YJI) 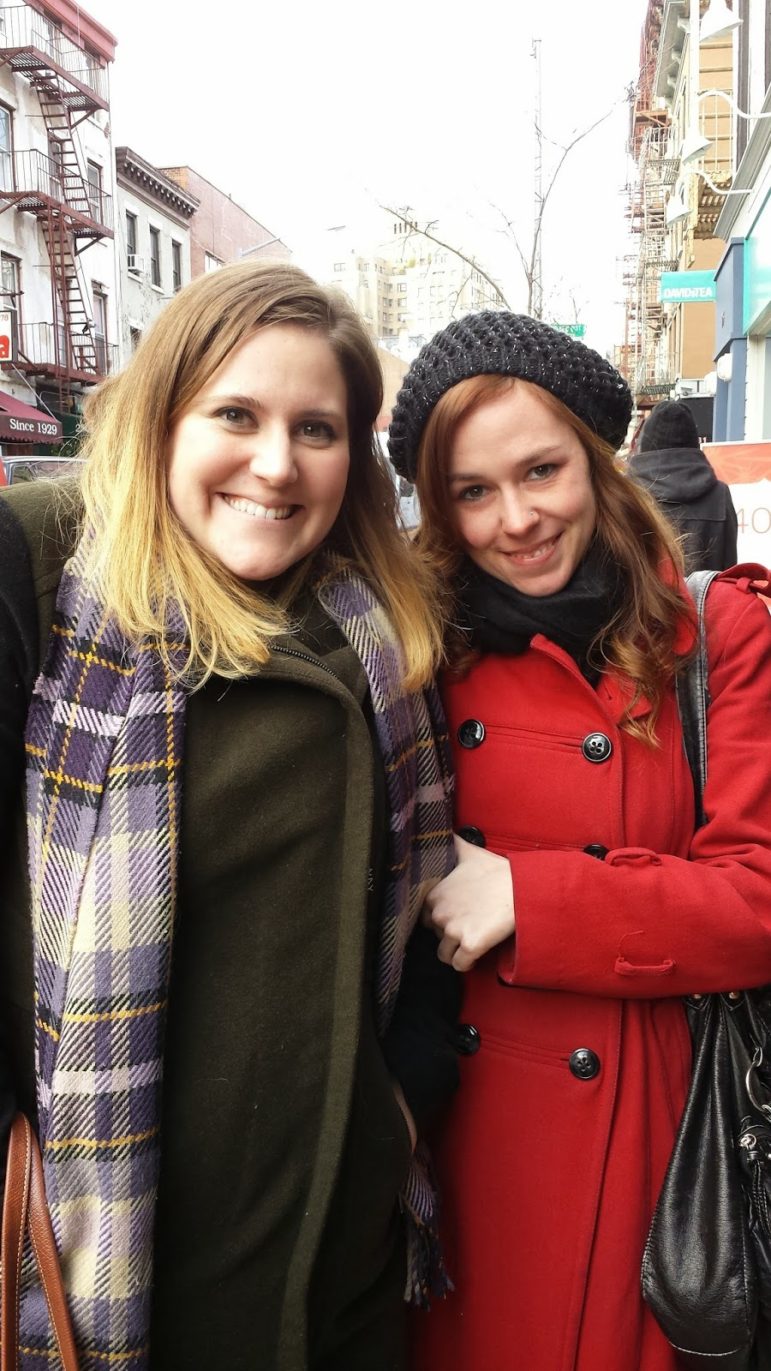 Rachel was part of our first group of students, participating in 1994 and 1995, and it was so great to see her again!

At lunch, we sat the Boston University people together.
Interestingly, YJI seems to have a lot of BU alumni or students. At this lunch, Natalie and Michael, who both graduated from BU, sat with Alan Burkholder, who is in his second year there, and Yelena Samofalova, who was recently accepted to the school and plans to attend in the fall.
One of the great things about Youth Journalism International being a friendly and lasting organization is that our alumni are a great resource for the younger students who are contemplating college or getting started in their careers. When they have YJI in common, there is an automatic connection that not only is fun, but can be very helpful. 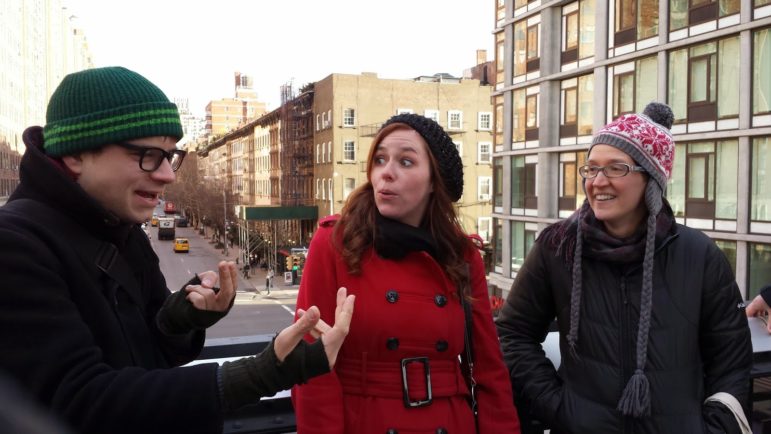 We walked off some of our pizza lunch by next taking a hike on the High Line, an old elevated railroad platform transformed into a public park. We started at one end and were getting close to the opposite end near the Hudson River when we decided to take a break and get something hot to drink. It was a bit cold! Kiernan Majerus-Collins’ piece on the High Line, with photos byYelena Samofalova, is here. 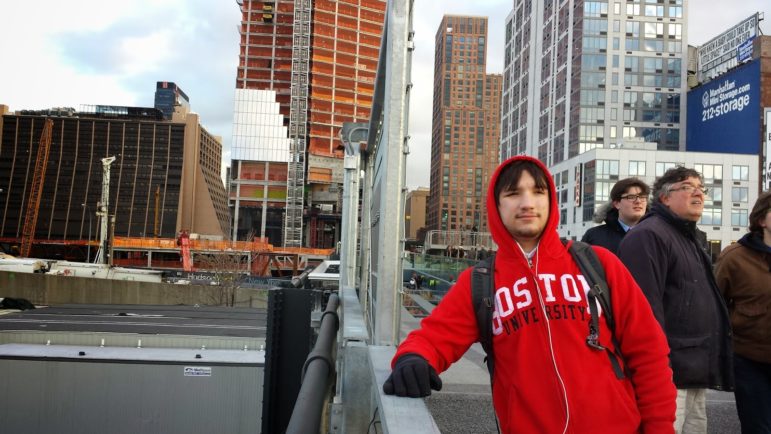 We bid farewell to the alums as the day went on and the original group decided on a final adventure before setting for home. We took the subway to Times Square, gawked at the lights and then walked over to Rockefeller Center to see the ice skaters and the big Christmas tree. Read Yelena Samofalova’s piece about the Big Apple’s holiday sparkle, with photos she took along with some by Mary Majerus-Collins, here.
On the way home, the students wrote about their experiences, just like professional reporters would have to do on deadline. They were tired and didn’t feel much like writing after such an eventful day, but we’re proud of what they produced and hope you’ll take a look at it, too.
One thing is certain: YJI will be back to New York for more adventures! Thanks to Karen, Natalie, Michael, Jen, Brian and Rachel, we had a wonderful time. 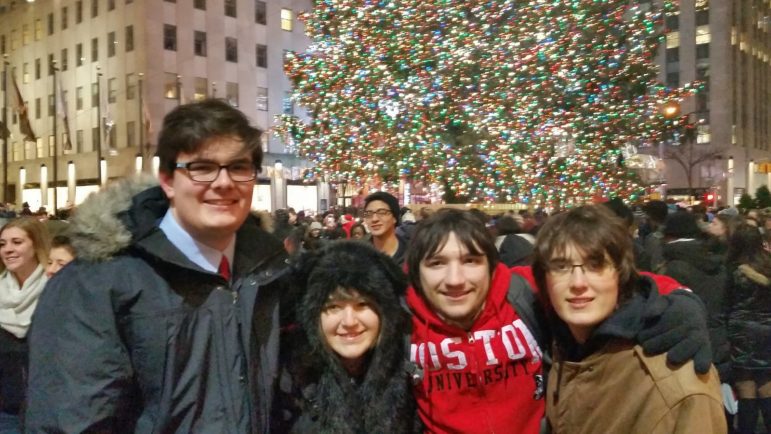 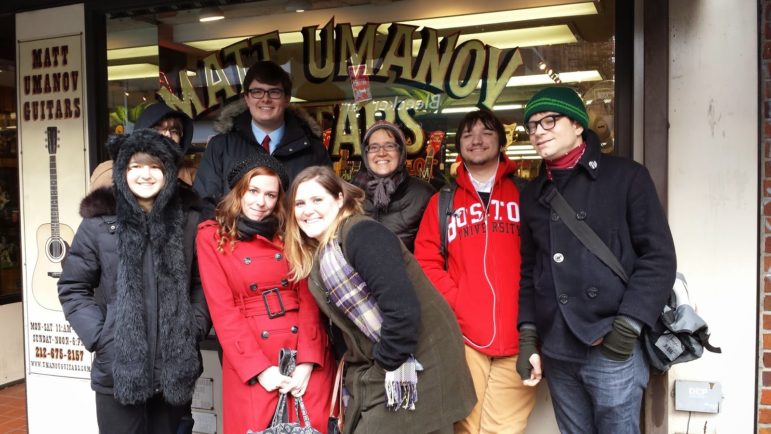 Your tax-deductible contribution can help support this nonprofit at www.HelpYJI.org 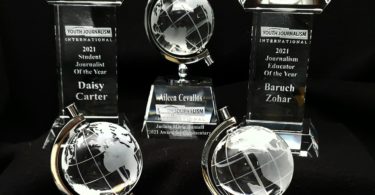