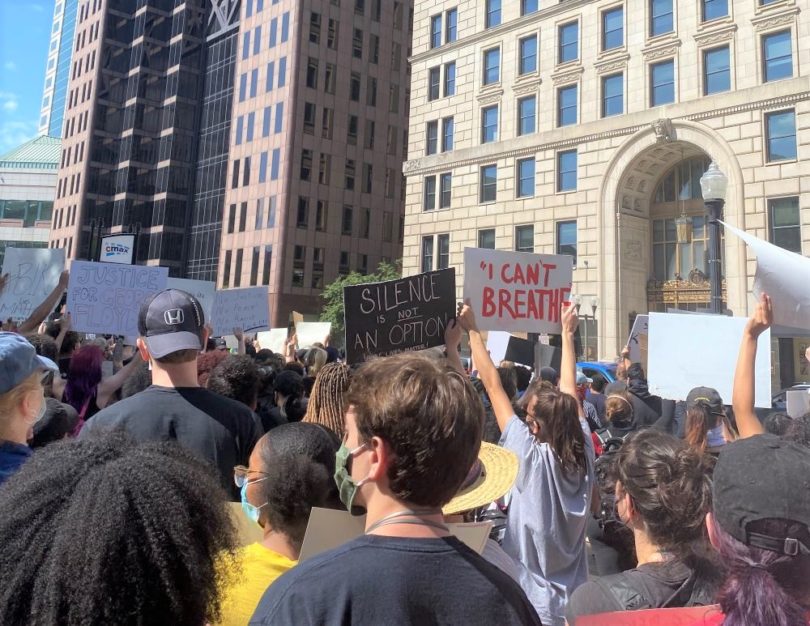 Columbus, Ohio, U.S.A. – The night before I covered a Black Lives Matter protest, I lay in bed trying to get rested for the next day.

I tried to sleep, but I really couldn’t. It seemed like no one could. Social media was full of information for Black Lives Matter allies and protesters.

I slept near a window. Looking out, through the window, it was quiet. I wondered about our silence on the murder of so many black people.

I tried to read what I could. All of this anxiety, infinitesimally small compared to the pain and anxiety black people have felt throughout history.

It’s hard for me to articulate how profoundly terrible America has been and continues to be on racial issues.

Still, I haven’t lived it, I haven’t felt it. I haven’t felt the harassment and injustice, the pain the suffering, the exploitation social and economic, black people have lived it for centuries.

I can’t know just how bad it is. I haven’t lived this injustice.

Sleep was hard found, near 4 a.m. it arrived. I slept till 6:30, then sat in my bed for half an hour – still trying to figure out the best way to help.

I had decided the night before to go as a reporter, but ultimately many of the protesters were apprehensive about being quoted. Circumstances were difficult for interviews, so I thought about how I could best report the story.

News coverage is important, to whatever degree ethically possible. I was in the car, then, with some protesters as we headed to Columbus, a 30-minute thought-filled drive.

It hit, too, in slow realization – it took murder for me and many others to do better. And it roared around me as voices cracked upon chanting, “Say his name: George Floyd.”

The protests that May 28th were peaceful when we arrived about 10 a.m. The streets were lined with protesters, easily over 800. We wore masks, earplugs, and goggles/eye protection. We brought a baking soda/water solution to fight off tear gas.

Police began to arrive. Originally, I tried interviewing people for a story, getting their contact information to talk later. There wasn’t much to hear above the chant for justice for those murdered: “No Justice, No Peace, No Racist Police.”

This is what the protesters wanted. It’s what the crowd chanted for. Justice for the systemic racism that has stormed – hurting and murdering – through America from its inception. 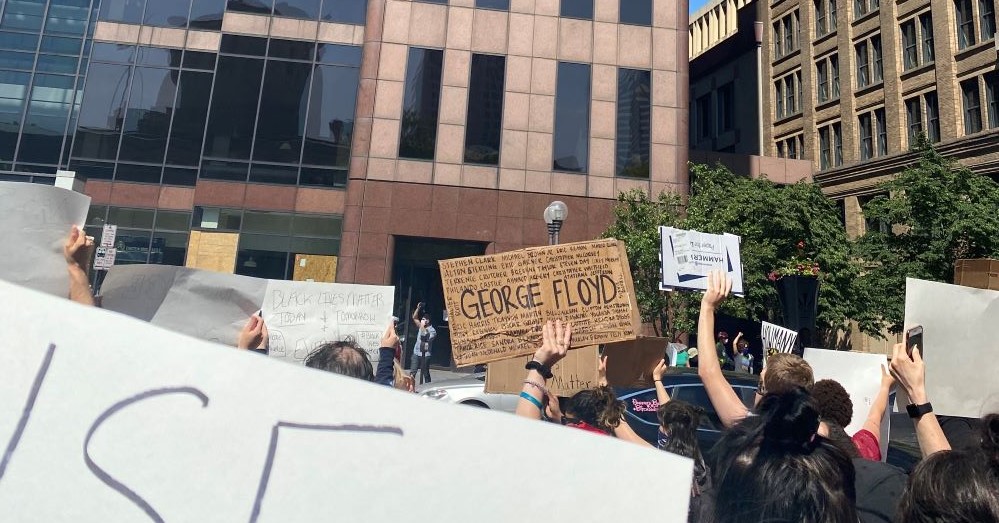 At a May 28th Black Lives Matter protest in Columbus, Ohio. (Danish Bajwa/YJI)

When writing this what I think about most is one particular protester. Near the front of the crowd there was a line of apparently apathetic or amused police. This protester was arguing with the police. Her life was endangered, she told the officers. Surely they had to understand that, surely they had to realize something was wrong with the system.

I’m not sure they cared. Some protesters took a step off the sidewalk toward the road, but there was no violence on the part of the protesters while I was there.

The police spread tear gas and maced protesters. For what? Standing on the road?

When I was headed home several friends checked in on me. They heard the police had started tear gassing and macing protesters.

On the way home, I thought a lot about the protest.

It really does seem simple. Black people deserve rights. They’ve asked for them for years using every method possible. In every method, they’ve been cast as villains. What does America want them to do, stop asking for basic human rights?

I thought about President Donald Trump’s tweet about the protesters: “These THUGS are dishonoring the memory of George Floyd (…) when the looting starts, the shooting starts. Thank you!”

I also thought about this quote from the late African American writer James Baldwin: “What is it that you wanted me to reconcile myself to? I was born here more than 60 years ago. I’m not going to live another 60 years. You always told me that it’s going to take time. It’s taken my father’s time, my mother’s time, my uncle’s time, my brothers’ and my sisters’ time, my nieces and my nephew’s time How much time do you want for your progress?”