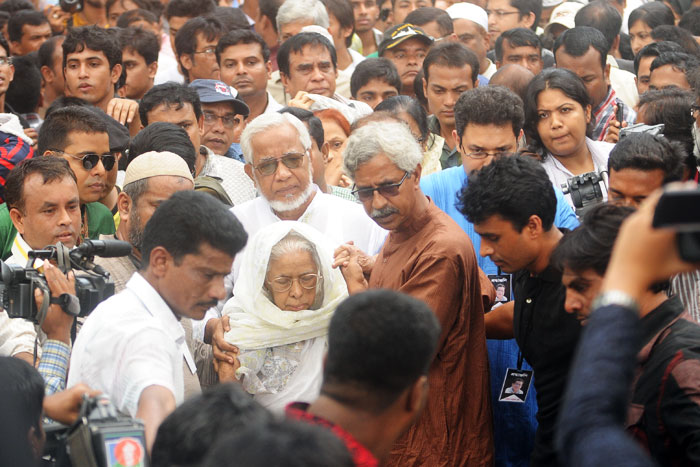 Humayun Ahmed's Mother Ayesha Foyez in the crowd of mourners. (Tahasin Ahmed/YJI)
DHAKA, Bangladesh – He made his final journey to the land of no return on the shoulders of his son Nuhash and other relatives.
Renowned Bangladeshi writer and filmmaker Humayun Ahmed was laid to eternal rest at his beloved retreat in Nuhash Palli in Gazipur as rain poured down and thousands of fans, well-wishers, family and friends gathered to say their last goodbyes to one of the greatest and most captivating writers of Bangla literature. 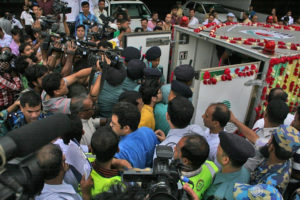 Ahmed, 64, died last week in Bellevue Hospital in New York while he was undergoing treatment for colon cancer.
The entire nation watched as the writer’s body returned home for burial to family drama that was covered extensively by the press.
Earlier in Dhaka, plans for his burial were uncertain and his family was divided on where to lay him to rest.
His wife, Meher Afroz Shaon, claimed that his final wish was to be laid to rest in Nuhash Palli, although recorded audio from before his death clearly shows that this was not what he wanted. 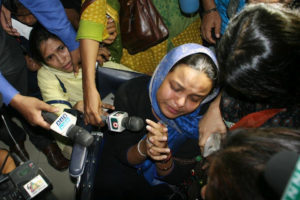 Humayun Ahmed’s children from his previous marriage with Gultekin Ahmed – Nova, Sheela and Nuhash – along with his mother Ayesha Foyez and brothers Mohammed Zafar Iqbal and Ahsan Habib wanted to lay him to rest in the Martyred Intellectuals Graveyard in Mirpur, where the public could have easy access to his grave and pray for him.
Nuhash Palli is located inside a village in Gazipur. Getting to Nuhash Palli is not an easy task for the public or any of Ahmed’s family members, because of the horrible conditions of the roads leading to it.

His children wanted their father’s grave to be accessible to everyone, but after hours of discussion when Meher Afroz Shaon refused to let Humayun Ahmed’s body be buried anywhere but Nuhash Palli, they gave in to her decision just wanting their father to be finally put to rest. 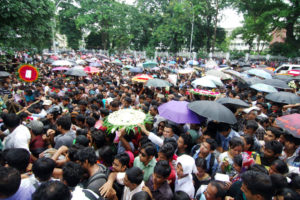 Humayun Ahmed’s coffin is carried through the crowd. (Tahasin Ahmed/YJI)

Before Humayun Ahmed’s burial, his coffin was surrounded by his family and friends as fans walked by one last time, making it a very emotional atmosphere. His daughters and son were crying and mourning the loss of their father as thousands of others cried to mourn the loss of an incredible writer and filmmaker.

Rain was his favorite and this was what poured from above as thousands stood for the namaz-e-janaza, the final prayer before his burial. He was carried by his son Nuhash and other relatives to his final resting place, under his favorite lichu tola or lychee orchard.

When his body first arrived in Dhaka it was taken to the Central Shaheed Minar, where thousands of fans from all over the country gathered to pay their respects and catch one last glimpse of a writer that captivated their minds and stole their hearts with his many books. His coffin was showered with flowers, a sign of love and respect from thousands.


His daughters and son were seen breaking down in front of his coffin, crying helplessly to see their father alive one last time. Ahmed’s death was especially hard for his children, who barely had any ties with him after his controversial marriage to Meher Afroz Shaon.
Ahmed was a writer and filmmaker known to captivate people with books and dramas that showed the adversities that ordinary Bangladeshis faced. He wrote more than 200 bo
oks, almost all of them bestsellers at the Ekushey Book Fair. At a time when writers from West Bengal dominated Bangla literature, Ahmed made a name for himself with his distinct and simple literary style.
I also love reading his books and watching his work on TV, but I am not alone.
Ahmed reached out and connected to ordinary Bangladeshis and was capable of combining fiction and reality and making it one. In fact, he did this so brilliantly that after watching Baker Bhai, a character in one of his dramas, people took to the streets protesting Baker Bhai’s death sentence in the drama before the last episode aired.

Ahmed’s death comes as a blow to the entire country. He may not be alive today, but the books that he left behind are jewels for us to experience and enjoy.

As one of the brightest and most talented citizens Bangladesh has ever seen, Ahmed leaves a legacy as a legendary writer and filmmaker. The heights he reached in Bangla literature will keep him alive among us for many years to come. 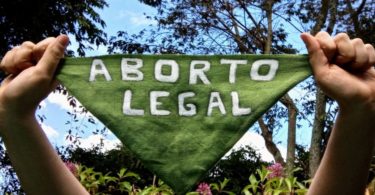 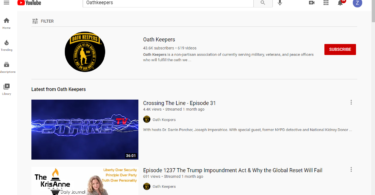